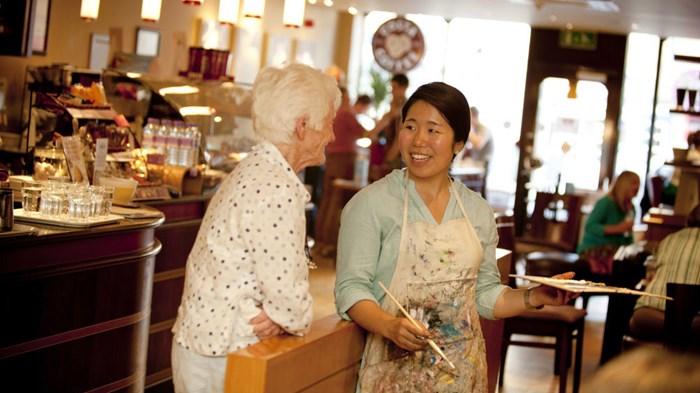 One of the world’s largest missions agencies will lose 66 staff members from its British office after United Kingdom Visas and Immigration (UKVI) officials stripped away its license to sponsor visas.

Following an inspection by the UKVI office earlier this year, Operation Mobilization (OM) can no longer bring in missionaries from outside the European Union to staff its UK office. Non-European employees and volunteers currently sponsored by OM must leave the UK within the next two months.

“We have seen the expectations and requirements on visa sponsors increase dramatically in recent years, and unfortunately, along with many similar organizations, we have been unable to keep up with those requirements quickly enough in a way that immediately satisfies the UKVI,” Gary Sloan, OM’s UK director, told CT in a statement.

“OM UK respects this as a final decision,” he said, “and our focus will continue to realign our protocols and internal procedures to ensure they are in full compliance with current legislation when we look to reapply for our licence in 12 months time.”

OM’s current immigration difficulties parallel those of Youth With A Mission (YWAM), which faced having more than 300 missionaries and their families booted from Britain last year.

In an audit related to the UK's attempt to reduce immigration numbers, UKVI officials found that YWAM's England and Wales office had erred in two out of seven areas. While the missions organization says it “immediately” submitted a corrective action plan to the government, the UKVI warned that YWAM could be downgraded, limited in its visa sponsorship capacity, or lose its license over the errors.

In 2009, CT reported that the UK’s adoption of a point-based immigration system, designed to bolster homeland security and regulate the labor force, had confused Christian ministries about how to properly designate their employees. It even led to US singer Don Francisco's deportation.

"Some of the problems we have seen are due to churches not being fully aware of their new responsibilities, while on other occasions, immigration officials have wrongly banned people from the country because they haven't understood their own rules," the Evangelical Alliance UK's Daniel Webster told CT at the time.

Prior to YWAM's predicament, British immigration officials also revoked Wycliffe Bible Translators’ sponsorship license in 2014. (The organization later told Third Sector that the decision had had little effect on its work.)

After an immigration inspection in May 2014, UK evangelism group Nations Trust had its license downgraded, preventing the organization from issuing new visas but allowing it to continue to sponsor existing employees. Nations paid for a three-month, $2,200 “Action Plan” through the UKVI over the summer, passed another inspection that October, and had its license reinstated that December.

Globally, OM has more than 6,800 volunteers and staff which serve in 118 countries. In The Future of the Global Church, Patrick Johnstone—compiler of the first six editions of the Operation World missions handbook—ranked OM as the third-largest missions agency in the world, behind Cru (formerly Campus Crusade for Christ International) and Gospel for Asia and ahead of the Southern Baptist Convention’s International Missions Board, Wycliffe Bible Translators, and YWAM.

OM was founded in 1960 by George Verwer. His group sought to “mobilize local churches for global missions which would be led by indigenous rather than foreign missionaries,” wrote Justin Taylor for The Gospel Coalition. More than 100 nationalities have participated in OM’s ministries.

CT has previously covered OM’s contribution to India’s grassroots revival and how persecution led the group to transform itself into a local witness.

66 Missionaries Must Leave UK after Operation ...