(UPDATED) Christian leader: ‘During this week of Jesus’ suffering, we will pray to God to give us protection and healing.’
Jayson Casper in Cairo|April 9, 2017 08:23 AM 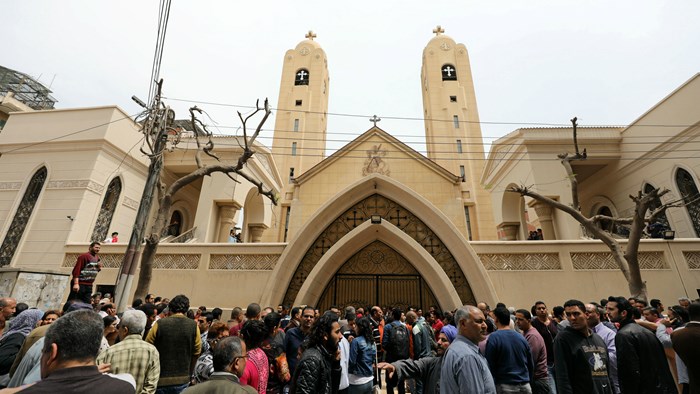 Attacks at two Coptic Orthodox churches in Egypt’s Nile Delta killed more than 40 people and injured more than 100 others during Palm Sunday services—including the one where Pope Tawadros II was worshiping.

ISIS claimed responsibility. In February, the Egypt chapter of the Islamist extremists had released a threatening video calling Coptic Christians “our priority and our preferred prey.” Soon after, about 100 Christian families fled their homes in the Sinai Peninsula amid a string of murders.