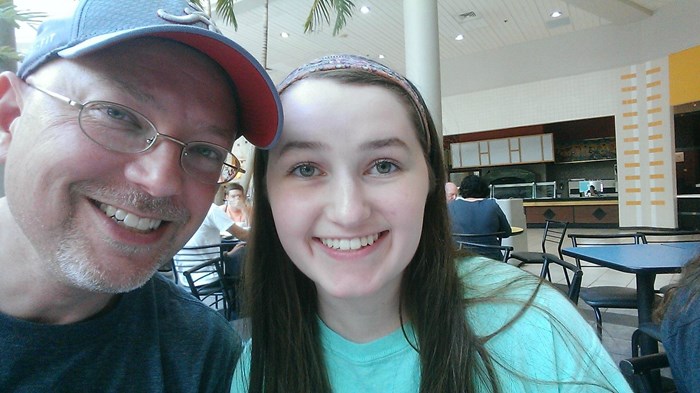 Image: Courtesty of the Harmenings

On the way to the Atlanta airport for a student mission trip to Africa, an Alabama church bus flipped in a crash with two other vehicles, killing a teen girl and injuring dozens more.

The bus carried 38 passengers, mostly 11th and 12th-grade students, from Mount Zion Baptist Church in Huntsville, Alabama, about three and a half hours away. The group, including a second bus from the church, was on their way to a flight bound for Botswana. The cause of the accident is still under investigation.

The Alabama Baptistidentified the victim as Sarah Harmening, 17. Her parents described her as having a tangible love for the Lord and being “so excited” for the trip. “She earned all the money to go and share Christ with children of Botswana,” said her mother, Karen Harmening.

The Harmenings shared their daughter’s final journal entry from the trip, where she reflects on God’s call on her life:

I was just sitting here on the bus feeling a little sad. I guess because I’m going to be gone so long, and I was a little uncomfortable. But I decided to read my Bible. I prayed, and opened up to 1 Peter 5 and 2 Peter 1 … I was just reminded of why I am here, and that God has called me here and has done this for a reason. I know he is going to do incredible things.

Sarah had texted her sister the day before another Bible verse from 1 Peter, adding, “Life is not about us, it's about God who is eternal, and I want to dedicate the one moment I'm here completely and entirely to him."

In total, 24 passengers were hospitalized for their injuries, including a few in critical condition, according to local media reports.

Mount Zion posted requests for prayer for the students in the accident and their parents, and updated to note that a nearby Chick-fil-A branch provided dinner and churches in Atlanta were hosting families. Students not requiring medical attention have returned home; the church canceled the mission trip and its Vacation Bible School program for the week.

“Please remember us in the weeks to come as we grieve and process this impact to our community. All of your prayers are greatly appreciated,” the Facebook page stated. “As a new day begins we are completely brokenhearted but we have not lost heart. Completely overwhelmed by the love and compassion of those who have reached out. We rest in our great God and his unfailing Word.”

"Our thoughts and prayers go out to all the folks at Mount Zion Baptist,” said Huntsville mayor Tommy Battle. “It just pulls at your heart—people who were going to do mission work being in that. We hold all of those families in our hearts. There's just not much you can say."

The church’s full-sized bus, with its name across the side, is larger than the 15-passenger vans that are commonly used by churches and end up in similar tragic accidents. CT has previously reported on the activism directed at making these vehicles safer and less prone to rollovers.

The Texas church bus accident that killed 13 seniors on a choir trip in March involved a similar vehicle. The driver of the truck that crashed into the bus said he had been texting. That same month, the Irish worship band We Are Messengers was also involved in a fatal crash outside Atlanta when their tour bus collided with a stopped vehicle on the interstate. Though they were able to escape the explosion, the passenger of the other vehicle died.