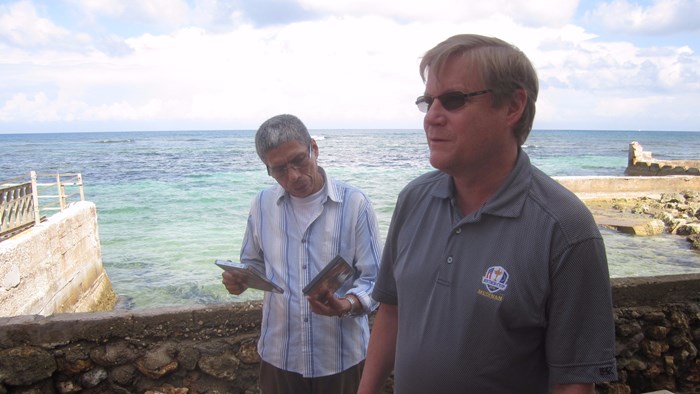 He went on to preach the gospel to all sides of the Western Hemisphere’s longest-running conflict.

The American embassy warned him not to return to Colombia, but he did anyway. Stendal founded the Colombia for Christ ministry, and regularly traveled through conflict areas distributing Bibles, Christian books, and solar-powered radios fix-tuned to his stations that broadcast the gospel throughout Colombia.

The September dismissal of the case against Stendal by Bogota’s Circuit Criminal Court No. 15 ends what his attorney described as a long, drawn-out series of legal maneuverings following his February 2015 arrest. The ruling cannot be appealed.

The judge in the initial hearing, held one day after police detained Stendal under a secret warrant, threw out the charge. But chief sectional prosecutor Angel Manuel Castillo Padilla kept the case alive through ongoing appeals.

The backbone of Castillo Padilla’s case against Stendal was the testimony of four men who claimed that the missionary was “El Gringo,” a FARC commander seeking to overthrow the Colombian government. Among the claims were assertions that Stendal operated radio communications for the terrorist organization.

Stendal denied the allegations. He said that two of the men, one of whom was an ex-FARC guerrilla, demanded he pay each of them $125,000. When Stendal refused, the men proceeded with their threat to claim to state authorities that Stendal was involved with the FARC.

Stendal also believes the state offered the men benefits in exchange for their testimony against him.

To Colombian journalist Herbin Hoyos, the rebellion charge against Stendal is an example of what is described in the media as a “cartel of false witnesses.” In Colombia, anyone can be imprisoned because of a single uncollaborated verbal accusation. For example, television news anchor Angelica Ramirez and Colombian politicians Sigifredo López and Luis Fernando Velasco have all been implicated by false testimonies, but later absolved of charges.

“Stendal’s case is a typical case of these cartels of false witnesses with false proof, built when (false witnesses) seek benefits, such as reducing a prison sentence,” Hoyos told CT in 2015. “The problem of the corruption of justice in Colombia is very deep. It demands reform.”

In June, Colombia’s national director of anti-corruption was arrested on charges of money laundering linked to bribery allegations in the United States. Meanwhile, criminal investigations this year have revealed a bribery scheme stemming from a Brazilian construction company that paid tens of millions of dollars for lucrative contracts across Latin America, including Colombia.

Stendal concurred with Hoyos regarding the deep need for reform. “Instead of Roman law under which you are guilty until you prove otherwise, [Colombia] need[s] to have everyone innocent until proven guilty,” he told CT. “The witnesses cannot be criminals seeking leniency or poor people under threat. They need to have grand juries and bail, instead of putting people in prison at the whim of one judge for two or three years to await trial. They need trial by jury.

Stendal’s gospel and humanitarian outreach has centered around his national network of Christian radio stations that broadcast Christian music and gospel preaching to Colombia’s conflict zones. He also speaks to churches and missions conferences throughout the United States and Canada.

Stendal, whose ministry has been featured on the 700 Club and CBN, is the 2017 recipient of the Shahbaz Bhatti Freedom Award for his ministry bringing the peace of Christ.