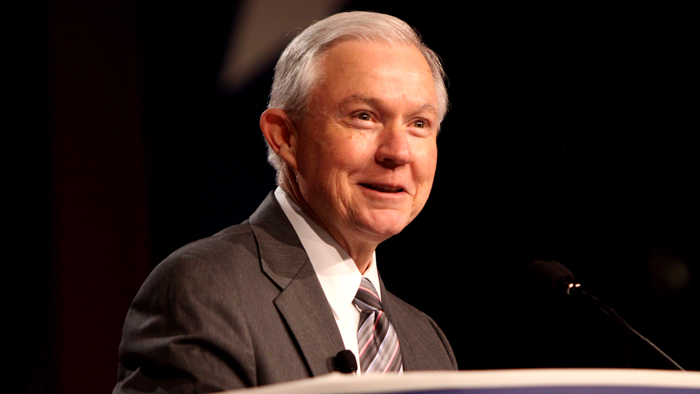 Religious liberty is not merely a right to personal religious beliefs or even to worship in a sacred place. Except in the narrowest of circumstances, no one should be forced to choose between living out his or her faith and complying with the law. Therefore, to the greatest extent practicable and permitted by law, religious observance should be reasonably accommodated in all government activity, including employment, contracting and programming.

The memo offers federal guidance on 20 points of religious liberty—not establishing new laws or precedents, but highlighting where the Trump administration’s views lie regarding the proper balance of church and state.

While critics have characterized such protections as a “license” to discriminate, religious liberty experts state that the memo—while a major move—does not do everything that advocates have hoped or that opponents have feared.

Here are six points of clarification on the memo’s actual impact:

1. It does not change who can refuse to bake a cake.

“This does not break new ground on the wedding vendor cases,” said Douglas Laycock, professor of law and religious studies at the University of Virginia. “It does not take a clear position on the reach of the free exercise clause.”

Some of the most high-profile religious liberty fights in recent years, as Laycock mentioned, have been issues of accommodation for LGBT individuals, such as cases involving wedding photographers, caterers, and bakers. (Masterpiece Cakeshop, a Colorado bakery, is headed to the US Supreme Court over its refusal to bake a cake for a gay client, and the Justice Department previously filed an amicus brief in the baker’s favor.)

2. It does make religious liberty a bigger consideration on the federal level.

The Religious Freedom Restoration Act (RFRA), a 25-year-old federal law designed to protect religious groups whose beliefs conflict with the government, has taken on new life under Trump. On the same day that the Justice Department’s religious liberty memo came out, his administration also rolled back Obamacare’s contraception mandate with new religious exemptions.

Maybe the most important thing here is the commitment to review all new regulations for compliance with RFRA and religious liberty principles. Except for the contraception regulations, federal agencies have just ignored RFRA and waited to see if anyone sued them. Most regulations don’t affect religious liberty, and maybe no amount of review will enable agencies to anticipate the unusual religious practice that might be burdened. But if they follow through on this—always a big if, and especially with this administration—it is a potentially big change.

In an executive order on religious liberty issued in May, Trump pledged that “the federal government will never ever penalize any person for their protected religious beliefs.”

3. It does strengthen protections for a range of religious employers.

The memo makes clear that religious protections are not just guaranteed to a narrow slice of groups, like churches, nonprofits, and organizations with solely religious work. Instead, certain religious exemptions apply “whenever the organization is ‘religious,’ which means that it is organized for religious purposes and engages in activity consistent with, and in furtherance of, such purposes,” Sessions wrote.

This includes corporations, associations, colleges, charities, and other institutions with a religious core. The memo specifically names evangelical nonprofit World Vision International as an example of an exemption, referencing a case where it won the right to hire employees based on its own faith statement.

“It explicitly reaffirms the Bush-era Justice Department opinion saying, under RFRA, that World Vision could not lose a government grant because it favored professing Christians in hiring,” said Thomas Berg, University of St. Thomas law professor and religious liberty scholar. “The new memo also defends applying statutory protections for ‘hiring persons of a particular religion’ to include protection for religiously based standards of conduct for employees, including in the funding context—and potentially (although this is not said explicitly) when the category of prohibited discrimination that's asserted is sexual orientation, not just when it's religion.

By naming protections for corporations, the Justice Department doubles down on the ramifications of the Hobby Lobby ruling. One of the memo’s 20 points affirms that “Americans do not give up their freedom of religion by participating in the marketplace,” and stands by religious liberty protections in the context of “seeking to earn a living” and “employing others to do the same.”

4. It does not eliminate LGBT protections for federal contractors.

In several places, the Justice Department calls out religious liberty protections for government contractors. “Much of the guidance memo is about religious employers being able to use conduct codes consistent with Title VII’s protections [federal antidiscrimination law] that permit certain religious employers to hire to mission,” said Robin Fretwell Wilson, a University of Illinois law professor who specializes in religious liberty.

Despite this emphasis, Trump has kept protections for LGBT employees.

“The single largest elephant in the room is whether the Trump administration will repeal the Obama-era executive order protecting LGBT persons who work for federal contractors and subcontractors from discrimination based on sexual orientation or gender identity,” she said. “If that older EO stays in place, an employer that fires someone who enters into a same-sex marriage may find itself sued for illegal discrimination.”

Berg added that the memo still points to a favorable stance for religious groups.

“Although the memo does not overturn the Obama executive order prohibiting sexual-orientation discrimination by government contractors, it signals a hospitable attitude toward accommodating religious-liberty objections by religious organizations in the context of contracts or grants,” he said.

5. It does not replace efforts at “Fairness for All” compromises between religious and LGBT groups.

As CT previously reported, religious liberty protections at the federal level do not end clashes at the state and local levels over accommodations (think: wedding vendors and bathroom bills). So efforts to generate more “win-win” solutions among religious and LGBT groups are expected to continue.

Wilson is a major advocate for the Fairness for All approach—which has had a mixed reception among evangelicals—and says her work will continue.

Fairness for All seeks to find common ground on questions at the intersection of religious freedom and LGBT rights so that both communities can peacefully coexist. Because this is largely an effort within the states, the federal guidance doesn’t change much. That said, for some in the faith community, the guidance may seem to take the urgency out of exploring win-win solutions.

6. It cannot be entirely repealed in court.

LGBT advocates and groups such as the American Civil Liberties Union (ACLU) are already vocal in their opposition to the new guidance. But they will have to wait for the principles to be applied to a particular case before attempting to challenge the memo.

Groups like the [ACLU] can’t challenge the entire memo with any standing in court. They must wait for the memo to inflict what they consider a harm in a specific instance in order to sue.

“They can’t sue to enjoin the whole thing,” said [University of Missouri School of Law’s Carl] Esbeck. “They can just sue to stop the one little change that hurt them. So the other side is truly disadvantaged.” Esbeck emphasized that federal judges, not the attorney general, will have the final say on these disputes—but “it’s nice to have the 800-pound gorilla on my side.”