How the call to “carry one another’s burdens” breaks down partisan stalemates.
Michael Wear|February 19, 2018 08:00 AM 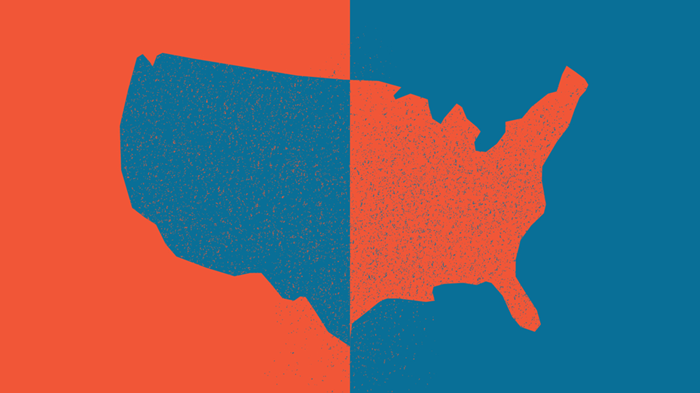 In our increasingly polarized nation, elections are not just perceived to determine the direction of our nation’s policies but as a declaration of who is included and who is excluded. We cannot have a nation where half of the country wakes up the morning after an election feeling like they no longer have a place in their own country without severely fraying our social fabric.

At a time when politicians and party activists increasingly argue that their obligation is only, or primarily, to a subset of the American people—defined by race, socioeconomic status, religion, ideology, or some other category—the American people themselves must take extraordinary steps to force political actors to consider problems, concerns, and ideas that they would typically ignore.

A new year calls for a new kind of politics, and there is one radical idea as old as Scripture that might provide a way forward.

When the apostle Paul was writing to the Galatians, he was addressing a community that was in deep disunity. Paul had helped form the Galatians through his teachings, but they were straying from their foundational commitments. Sin, false teachers, and parochial motives and interests were creating, well, polarization. Paul’s letter to the Galatians, then, represents an attempt to speak clarity into the conflict, and help the community reform around its foundations.

Into this polarized environment, Paul instructs them to do something radical, something completely contrary to everything polarization promotes: They ought to “carry one another’s burdens; in this way you will fulfill the law of Christ” (Gal. 6:2, CSB).

Paul’s command shows no favoritism. His call is not to one group only, to those with power or without it, or even solely to the strong or the weak. Everyone together is part of a community as children of the same God, and therefore they ought to “carry one another’s burdens.”

A nation is a different sort of community, but it is a community all the same. The call to carry another’s burden is an extraordinary one, but these are extraordinary times. In our increasingly polarized nation, when many elected officials and their strategists believe they need to listen only to those who already agree with them, we must carry our neighbors’ burdens into politics with our own. We must ensure those we disagree with are heard as well.

In the campaign process, candidates should be forced to respond to the core concerns and arguments of their critics, and if their answers are evasive, the candidate’s own supporters must demand better.

This change will not be prompted by political institutions like parties or advocacy groups (though the best advocacy groups will ensure their opposition is heard). Their role is to represent a specific set of interests or perspectives. Instead, it must come directly from voters who refuse to be wooed by the affirming half-truths and coddling of politicians.

On the issues of our day, we must not only ask ourselves whether our position is correct but also raise to the surface the question of why our neighbors are not yet convinced as well.

I can imagine some objections to this approach. Some might simply say it is naive to think political leaders and institutions would ever accommodate this kind of openness. But political parties and politicians often give voice to other sides of an argument and address them concretely when it benefits them or when their political survival requires it.

For instance, the Democratic platform in 2016 included language inviting both supporters and opponents of the Trans-Pacific Partnership (TPP) trade agreement into the party—even though passing TPP was a top foreign policy priority of President Obama. Elected officials on both sides of the aisle were forced to address real and perceived costs of trade deals like the TPP.

Others might also object that the admonition to “carry one another’s burdens” fails to acknowledge power dynamics. Some people have heavier burdens to carry. Is it just to ask the weak to concern themselves with the burdens of the strong? Is it unrealistic to expect the comfortable to worry about the ills of the afflicted?

These are serious questions that strike at some of our most sensitive divisions and strongly held ideologies. This is the quandary of burden-carrying: How can one be sure the favor will be returned? What if those willing to engage in this way are simply taken advantage of? It’s the prisoner’s dilemma.

The problem, of course, is that the very logic that would lead us to reject carrying one another’s burden is the cause of our intractable, self-interested politics. Yes, to carry another’s burden is a risk, but so is continuing to pursue a vision of politics that is solely about accumulating power.

Real, lasting progress on the issues closest to your heart, whatever they are, depends on the inclusion of those who disagree with you in the pursuit of change. This is not a call for relativism or for subsuming your conscience in order to advocate for what you think is wrong. It is a call for each of us to resist groupthink within our communities and to create cracks in our echo chambers.

In the communities that you can reach that others cannot, in the halls of power that you have access to that others do not, how can you carry others’ burdens with you? How can you ensure political opinions, ones you do not even agree with perhaps, are on the table for consideration?

The state of our politics reflects the state of our souls. It reflects what we’re willing to accept in the name of political victory. Opening up our narrow politics will not be easy, but it’s possible. The resources of hope make it possible.

And even today, some leaders are rejecting the soul-crushing nature of our politics and showing a different way. Someone like Ben Sasse, who serves as a United States senator and yet still insists that politics is not ultimate. Someone like Brittany Packnett, who advocates for change on some of the most intractable injustices of our time, and yet insists that political circumstances will not steal her joy.

Politics cannot just be a forum for self-expression and the pursuit of self-affirmation. We must carry one another’s burdens.