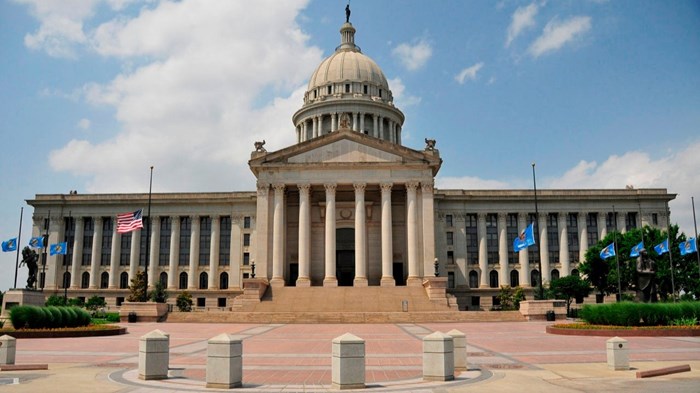 When churches face lawsuits, does their religious liberty hinge on whether or not their accuser is an official member? Experts are concerned that, in an unusual baptism gone wrong, a state supreme court has decided yes.

Nearly a year ago, the Oklahoma Supreme Court decided 5–3 that a Muslim convert to Christianity—whose baptism nearly got him killed—couldn’t sue First Presbyterian Church in Tulsa for inadvertently alerting his would-be murderers with its online announcement of the baptism.

Ten months later—in December 2017—the justices changed their minds, issuing a 5–4 decision that the man could, in fact, have his day in court.

This month, First Presbyterian asked the Sooner State’s top court to take a third look at the case, arguing that the justices mixed up two separate issues of law: the ecclesiastical extension/church autonomy doctrine and the ministerial exception.

The trouble started more than six years ago, when a Syrian Muslim man converted to Christianity and asked if he could be baptized by First Presbyterian. The man—who is called John Doe in court documents to protect his identity—says he asked the church to keep quiet about it, since shari‘ah law demands that converts from Islam be executed.

Later that day, the man flew to Syria to marry his fiancée. A few weeks later, while still there, he was kidnapped and threatened by Islamist extremists, including his uncle and cousin.

His abductors had discovered his conversion through First Presbyterian’s online weekly bulletin, which announced his baptism, according to his lawsuit. After three days of torture, the man escaped after killing his uncle during a struggle for a gun.

It took several months for the man and his wife to make their way back to the United States, he told the Tulsa World. After returning, he went through more than a dozen surgeries to repair his body from the torture.

He sued First Presbyterian for $75,000, accusing it of breach of contract, negligence, and outrage. The church asked for the case to be dismissed, reasoning that secular courts don’t have jurisdiction over ecclesiastical matters like theology and customs.

The district court agreed, dismissing the case “for lack of subject matter jurisdiction.” When the man appealed to the state supreme court, it said the same thing. The case was dismissed in February 2017.

Then, last month, the Oklahoma Supreme Court handed down another ruling.

“No facts changed,” First Presbyterian’s attorney, John Tucker, told CT. And in the ruling itself, no reason was given for the rehearing, which can be requested by a losing party after any decision.

“The foundational inquiry is to discern exactly what Doe asked appellees to do with respect to baptism, what appellees agreed to perform for Doe, and ultimately the nature and extent of Doe’s consent surrounding baptism,” the justices stated, noting multiple times that Doe did not become a member of First Presbyterian.

“[E]cclesiastical protection for a church arises solely from membership and the consent by the person to be governed by the church,” their opinion continued [emphasis theirs]. They referenced the US Supreme Court’s Hosanna-Tabor decision, in which all nine justices agreed that the government couldn’t interfere if a religious organization wanted to fire a minister.

“[T]he ministerial exception or the church autonomy doctrine, grounded in the religion clause of the First Amendment, ‘operates as an affirmative defense to an otherwise cognizable claim, not a jurisdictional bar,’” the Oklahoma Supreme Court justices decided [emphasis theirs].

In other words, a religious organization can use the ministerial exception or church autonomy doctrine to defend itself during a case, but not use it to escape from trial altogether.

But that’s where the court got it wrong, Tucker argued in his petition for rehearing.

Yes, the ministerial exception can be used to defend oneself at trial. But the church autonomy doctrine is something altogether different. It “establishes a constitutional denial of jurisdiction,” which means that a secular court has no right to even try the case in the first place.

“This case cannot be finally decided without delving into Christian beliefs about baptism, generally, and Presbyterian beliefs, specifically,” Tucker wrote. “[I]t will be necessary to judge how the Presbyterian faith views publication, both under church governance and historical practice.”

The court placed Doe’s intent—which was to get baptized but not to become a church member—over the “rules, customs, and tradition of the baptizing church,” Tucker wrote. He continued:

“Where then does the majority of the Court draw the protected line? Any publication beyond profession of faith in front of the congregation is now subject to control by the secular court, emasculating the protections of the First Amendment. Under the substituted opinion, courts have the right to tell churches how they can and cannot report baptisms. … No court of record in the United States has ever reached such a conclusion.”

“I was astonished at how narrowly [the Oklahoma Supreme Court] construed and, frankly, abused the church autonomy doctrine,” she said. “They interpreted it so narrowly that it would only apply to church members, which was never its intent. They ignored an abundance of other [US] Supreme Court precedents.”

Religious liberty scholar and law professor Thomas Berg told CT he didn’t “have a strong feeling whether the church-autonomy exception, or the ministerial exception, should be technically jurisdictional.”

Either one may require the court to dig into a church’s documents or dealings to determine facts. The important thing is that a court does it quickly so that “the intrusion on it from the litigation process will be minimized,” he said.

He agreed that Doe’s lack of membership “does not avoid application of of the church-autonomy doctrine.”

Doe reached out to the church for the baptism, “thereby submitted himself to the church’s rules on that practice,” Berg said. “Church autonomy binds those who associate themselves with the church; you can associate yourself for limited purposes and be bound within that sphere. A parallel case, cited by the dissent, involves the non-Catholic husband who agreed to participate in the Catholic annulment process and then tried to sue his ex-wife for defamation for statements she made during it. He properly lost, because he accepted the terms of that particular process.”

Doe’s best argument might be “that the church breached a promise of confidentiality made by the member who said, in the lead-up to the baptism, ‘Nobody will find out. We will make sure that your secret is safe,’” said Berg, who emphasized that he had not studied the full court record.

“Whatever the precise facts here … the legal point is that a church can surrender its autonomy by voluntary agreement,” he said. “For example, a church doesn’t have to pay its minister an above-minimum wage, but if it signs a contract to pay a given wage, it can be sued for breach.”

CT previously reported when the Muslim convert to Christianity sued his church for celebrating his baptism, and when the Oklahoma Supreme Court initially ruled against him.