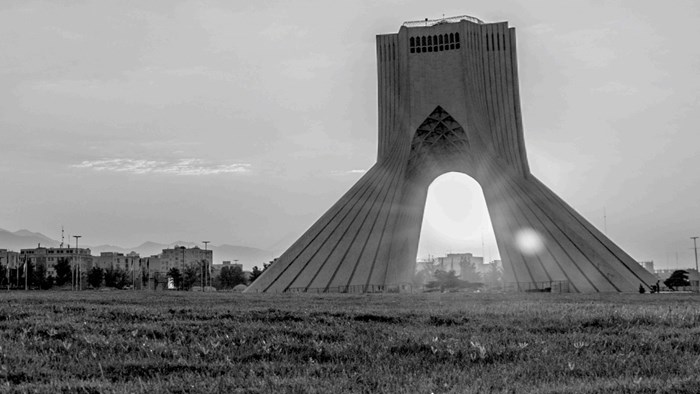 Hundreds of thousands of Iranians flooded streets nationwide on Monday, in celebration of the 40th anniversary of the Islamic Revolution.

Not present were dozens of Christians with no freedom of movement.

“Administrations have changed and the methods have varied, but the objective remains the same: to restrict Christians’ influence on all spheres of Iranian life.”

An in-depth report on violations against Iranian Christians in 2018 was jointly released last month by Open Doors, Middle East Concern, Christian Solidarity Worldwide, and Article18. It was a first-time collaboration for the groups—in order to amplify their voice, Borji said.

The report stated that according to public records, 29 Christians were held in detention in 2018 for terms of 6 months to 10 years (if formally sentenced at all). Eight were released.

The report emphasized that many more detentions of Christians remained undocumented.

Article 18 of the International Covenant on Civil and Political Rights (ICCPR) guarantees the freedom of religion, including the right to adopt a faith of one’s choice and to publicly practice and teach it.

But Christians are not the only victims.

The latest annual report of the US Commission on International Religious Freedom (USCIRF) states that in Iran dozens of Sufis—Muslims with mystical practices—have been imprisoned, fined, or flogged; 90 Baha’is—an offshoot of Islam that claims a prophet after Muhammad—are detained for their religious beliefs alone; and 140 Sunni Muslims are similarly held in a nation where 9 in 10 residents are Shia.

Ninety-nine percent of Iranians are Muslim. The Baha’i community numbers over 300,000. Christians are estimated just under the same, divided between the traditional Armenian and Assyrian/Chaldean ethnic churches and newer Protestant/evangelical churches. Zoroastrians number at least 30,000, and Jews number at least 15,000.

Apart from the Baha’is, who are considered heretical by definition, these minority religions are recognized by the government, and are allotted 5 out of 290 seats in the national parliament.

Borji, who converted from Islam in the 1990s and moved to England, said the registered groups make “natural allies” for the government. In exchange for privileges of a second-class nature, authorities can demonstrate their “peaceful coexistence.”

The joint report released by the international religious freedom advocates states that most violations occur against converts from Islam. If arrested, they are pressured to recant; if they don’t, they may be charged with evangelism, illegal house church activity, or endangering national security.

A vaguely defined charge of “enmity against God” is also in Iran’s penal code, joining “insulting the prophet” as a capital crime.

Apostasy is not specifically criminalized, but the constitution specifies that any cases not covered by civil law are tried under Shari‘ah law.

For a decade, converts have been prevented from attending established church services. Some registered church buildings which used to welcome them remain closed. And 2018 ended with a surge in raids against house churches, resulting in the arrest of 114 individuals in one week.

Despite Iran’s 2016 release of a non-binding Charter on Citizens’ Rights guaranteeing nondiscrimination against minority religions, the US State Department has ranked the Islamic Republic as a “country of particular concern” since 1999, designated as a Tier 1 violator of religious freedom.

Open Doors lists Iran as No. 9 among the world’s most dangerous places to be a Christian, and stated the Iranian government views converts as a Western attempt to undermine Islam and the Islamic Republic.

A leader at Qom Seminary, founded in 1922 and the central city for training Shia clerics, once said fighting “evangelical Christianity” was one of its “core issues.” Even prior to the Islamic Revolution, the seminary’s “On the Right Path” institution was devoted to countering the Christian and Baha’i faiths.

And in 2010, speaking from Qom, Iran’s Supreme Leader Ali Khamenei identified the main threats to the nation.

“They [our enemies] … resorted to different things, ranging from promoting debauchery to propagating fake schools of mysticism—fake forms of genuine mysticism—the Baha’i faith and the house-church network,” he said, reported in an analysis by Borji this week of the past four decades.

“These are some of the things that the enemies of Islam are pursuing today … and the goal is to undermine religion in society,” said Khamenei.

This represented a new phase in the treatment of Christians in post-revolution Iran—one that continues today, Borji wrote.

Mohabat News, a service focused on Iranian Christians, described officials warning in 2017 that Christianity was spreading, even in Qom. NPR recently reported that the United Pentecostal Church in Turkey “can’t keep up with the demand,” having opened churches in eight cities for Iranian refugees coming across the border. While some may be insincere and merely seeking to secure asylum, it noted, other refugees fled after raids on their house churches.

“Iran is home to one of the fastest-growing churches in the world,” said Terry Ascott, founder and CEO of SAT-7, a Christian broadcasting network in the Middle East. It began a Farsi-language channel, PARS, in 2006.

“There seems to be a crisis of faith in Iran, perhaps because of the abuse of power by ‘religious’ leaders, the economic problems, and the violent oppression of any dissent.”

Ascott also mentioned the lure of narcotics, as the UN stated Iran faces one of the worst drug crises in the world. The government admits it has failed, as the number of addicts increases eight percent per year.

SAT-7 responds by offering a diverse mix of programs, including Bible teaching, talk shows addressing family life and practical issues, and children’s broadcasts. Ascott states that it is “not at all dangerous” to be a traditional Christian in Iran, as long as they do not try to convert Muslims.

An Armenian Christian has even captained the national soccer team.

SAT-7 reported a 95-percent surge in audience engagement following the 2017 launch of its Farsi-language PARS channel on the Yahsat satellite, reaching a total of 1.7 million Iranians. Yahsat reaches 9.5 million households in the Islamic Republic, with millions more in Afghanistan, Central Asia, and Europe.

Engagements are defined as call-ins to a specific program or phone calls to the SAT-7 offices, located outside of Iran.

“Due to security reasons, I would prefer you to contact me through Telegram rather than by telephone,” said one female viewer in Iran. “I saw the ‘Jesus movie’ before, and now I am more passionate to learn about Christianity. I appreciate all your help and guidance.”

Telegram is a secure messaging app that protects user identity. Iranians used it to download the Bible 60,000 times after SAT-7 opened a chat room in 2015.

Some media reports describe frustration among younger clerics with the dominance of religion in politics, believing it turns people away from Islam. Others suggest Iran’s struggling economy and adventurism in other nation’s affairs are eroding support for the regime.

While the Islamic Revolution led to extreme poverty eradication and slightly better income distribution, many analysts maintain the middle class today is shrinking and state-affiliated institutions control even more of the economy than at the time of the overthrown shah.

Inflation is at 40 percent, the national currency has lost 70 percent of its value in one year, and one-third of university graduates have no job.

American sanctions have hurt, but have also made a useful scapegoat.

“Today, our problems are mostly because of pressure by America and its followers,” President Hassan Rouhani said during revolutionary celebrations. “Instead of condemning America, one should not reprimand the dutiful government or the great Islamic system.”

The Trump administration withdrew from the Obama administration’s 2015 nuclear deal last year, citing Iran’s foreign policy of interference in the Arab world. And Iran actually admits its influence in Baghdad, Damascus, Beirut, and other regional capitals, being in accord with the international purpose of its revolution: aiming to remake the Muslim world and aid the oppressed around the globe.

And this purpose is popular among Iranians, though some protest against it. Tehran had to limit the number of volunteers to fight in Syria. And the anniversary celebrations provided an opportunity for the government to show a softer side.

“The presence of people today on the streets all over Islamic Iran ... means that the enemy will never reach its evil objectives,” Rouhani said. “The more we allow different ideas, beliefs and [political] factions, the stronger our system will be.”

But the joint religious freedom report is clear: Only certain beliefs are welcome.

“Christians today are persecuted on a larger scale than ever in the past 40 years,” said Borji.

“The world needs to know this. And the church worldwide is stronger than any global institution to bring about positive change.”