Died: Cain Hope Felder, Scholar Who Lifted Up the Black People in the Bible

His pioneering work showed Scripture is full of racial diversity.
Daniel Silliman|October 2, 2019 10:30 AM 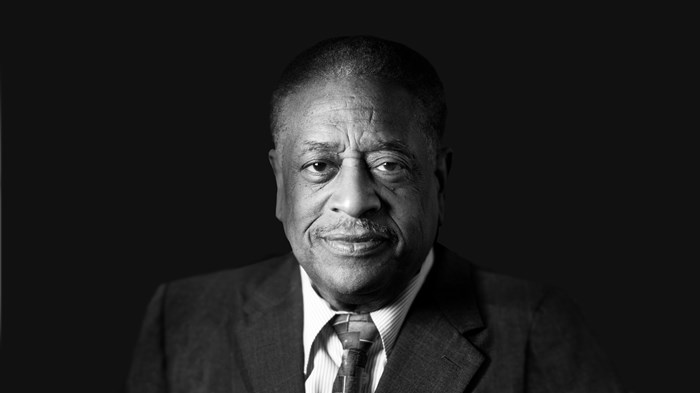 Cain Hope Felder, a groundbreaking Bible scholar who called attention to the presence of black people in the Old and New Testaments, has died at the age of 76.

Part of the first wave of black Bible professors in the US, Felder’s research challenged generations of scholarship that ignored or downplayed race in Scripture.

By showcasing the numerous people with dark skin mentioned in the Bible, the longtime Howard University School of Divinity professor argued that white interpreters had erased black people from the text. That erasure, he said, enabled modern, racist readings of the Scripture.

“Black people are not only frequently mentioned,” he wrote, “but are also mentioned in ways that are favorable in terms of acknowledging their actual and potential role in the salvation history of Israel.”

Based on his textual and linguistic analysis, as well as his research into the cultures of the ancient Near East, Felder concluded that Moses’s wife Zipporah was black; there were black people in King David’s army in 2 Samuel; and Ebed-Melek, the royal official who saved the prophet Jeremiah’s life in Jeremiah 38, was also black. Felder said it was possible the prophet Zephaniah was black too.

He said Jesus was a person of color who might look black in modern America—and certainly didn’t look like a “white Hollywood star.”

The world of the Bible was full of racial and ethnic diversity, according to Felder, a United Methodist. Noting the pluralism, he believed, was a first step towards correcting “Eurocentric” interpretations, which can impose modern racial attitudes, including white supremacy, onto the text.

His death was announced by Howard, where Felder taught for 35 years.

On social media, African American scholars, journalists and activists shared memories and appreciation for his life and work.

Greg Carr, a professor at Howard, said he first met Felder in a church basement, where he watched Felder argue about the African origins of Christianity. Sherilyn Ifill, who works for the National Association for the Advance of Colored People (NAACP), said Felder was a man of great faith and groundbreaking scholarship. “#RestInPower,” she wrote.

Felder was born in Aiken, South Carolina, in 1943 and grew up in segregated neighborhoods in Boston. He earned his undergraduate degree from Howard, where Felder said he first learned that an African American could be a scholar.

Felder was ordained in the United Methodist Church and worked as the first national director Black Methodists for Church Renewal from 1969 to 1972. After earning a doctorate in biblical languages and literature from Columbia University, he took a position as an adjunct professor at Princeton Theological Seminary in 1978.

At the time, Felder was one of only about 30 African Americans with doctorates in biblical studies. Most of these scholars felt incredibly isolated and their research interests were frequently seen as irrelevant or unimportant. Felder said that when he asked top scholars if there were black people in the Bible, they didn’t often didn’t understand why he’d even ask.

At the seminary, he was one of only two African American professors. He proposed a course on references to Africa in the Bible. “Boy did that raise a few eyebrows around the table,” Felder later recalled. He was required to get special permission for the course because it was so unusual.

He left and returned to Howard in 1981, taking a position as professor of New Testament language and literature.

In the late 1980s, Felder helped start a reading series for African American Bible scholars, to help advance black Bible scholarship. In 1991, he edited and published a landmark collection of academic essays, Stony the Road We Trod, showing the important differences in African American interpretations of the Bible.

A few years later, Felder published the Original African Heritage Study Bible. According to the LifeWay description, the study Bible “offers many unique features which reveal the African/Edenic contribution to Judaism and Christianity.” To date, it has sold more than one million copies.

Felder retired from Howard in 2016. He said he thought his scholarship carried a clear message for the church

“Christ’s church is always a stronger witness when all believers affirm, heal, and accept the mosaic of difference among God’s people,” Felder said. “Jesus Christ inspires the church not just to tolerate difference, but to affirm the talents and gifts of each human being, and to then celebrate the rich diversity among God’s people with justice and mercy for all.”

Died: Cain Hope Felder, Scholar Who Lifted Up the Black People in the Bible

Died: Cain Hope Felder, Scholar Who Lifted Up the ...