Concerned neighbors and church members sound off about megachurch worship becoming “too loud.”
Megan Fowler|March 2, 2020 08:00 AM 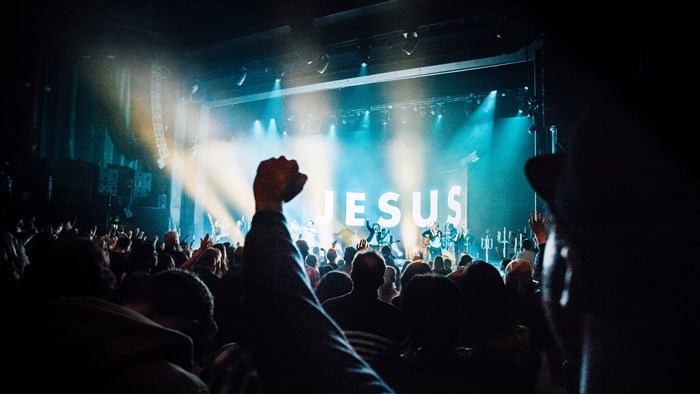 Nearby businesses and residents initially welcomed Transformation Church when it bought the abandoned Spirit Bank Event Center in Bixby, Oklahoma, last August. But some neighbors have already had enough.

Sound complaints have reached a fever pitch, with those living in a housing development behind the church claiming it’s so loud their coffee mugs shake during worship, according to a recent report by Tulsa ABC affiliate KTUL. The city attorney called on Transformation—which draws 3,500 visitors each week to the Tulsa suburb—to lower the volume or build a wall to block the excessive noise.

Despite exhortations in the Bible to “make a joyful noise to the Lord” and “praise him with loud clashing cymbals” (Ps. 100:1; 150:5, ESV), volume has been a major factor in the so-called worship wars for years, causing discord in communities and within congregations themselves.

News reports indicate more than a dozen US churches faced significant backlash for their noise, such as police warnings or citations, in the past year. Complaints tend to be lodged against megachurches with auditoriums containing sophisticated sound systems for bombastic music sets and high-energy sermons.

Neighbors in the Charlotte, North Carolina, Ballantyne neighborhood have repeatedly complained about noise from Elevation Church continuing as late as 10 p.m. And between December 2018 and November 2019, police in Seminole County, Florida, received 222 complaints against Action Church for noise issues.

Some smaller churches also draw complaints from residents, particularly as the makeup of a neighborhood changes around them. In recent years, the city of Oakland threatened to impose a $500-per-day fine on Mount Pleasant Baptist Church, saying the “excessive noise” from the West Oakland church’s organ, drums, and amplified vocals during weekly choir rehearsals was a nuisance. Pastor Thomas A. Harris III said new neighbors do not understand the culture of the 65-year-old church, which serves the African American community.

In certain municipalities, churches are granted exemptions from noise regulation for ringing bells, which can also be an annoyance. Churches faced with law enforcement threats over their noise have, at times, claimed the penalties violate their freedom of religion and assembly. One Michigan church sued over the issue, with an appeals court ruling in 2013 that the church had a “reasonable fear” of threats of persecution from an officer who said it “should not be playing rock music.” CT has also reported on the rise in noise-pollution regulations in Africa, where national officials threaten to penalize loud congregations.

No, it’s not just you—church music sets are getting louder. The National Institute for Occupational Safety and Health recommends no more than 15 minutes a day of exposure to sounds reaching 100 decibels or higher. Church music experts have recommended volume ranges from around 80-93 decibels for a contemporary worship set. Some churches stay on the high end of that, or above, for part of an immersive worship experience.

Last year, a spokeswoman for Cincinnati-area Crossroads Church toldTheWall Street Journal that their worship sets are designed to create a “rock-concert-like atmosphere.” The 20-minute musical set is around 94 to 96 decibels—the equivalent of a food processor or hair dryer—with peaks of 103 to 105 decibels that last two to three seconds. Crossroads spokeswoman Jenn Sperry described the volume level as “safe by a wide margin.”

One of Crossroads’ campuses was the subject of repeated noise complaints from neighbors back in 2015. A police officer in Mason, Ohio, issued a citation to the Crossroads Mason sound engineer who refused to lower the volume during praise team rehearsal. Sperry told CT that the city quickly dropped the charges after determining that the church did not violate the noise ordinance.

According to Phil Mahder, a church media consultant, churches typically take one of two approaches to determining how loud the music should be on Sunday morning. They either create an environment where people can hear each other singing and sing together as a community, or they crank the volume so worshippers cannot hear themselves sing and don’t feel sheepish about whether others can hear them.

Mahder, who has spent over 20 years designing sound systems for churches, said megachurches typically opt for the second approach to music, while more traditional congregations transitioning from an organ or piano to a band often choose the first.

Some churches are responding to concerns over noise levels by providing complimentary ear protection at the welcome tables. Mahder sees this trend catching on, particularly as churches push the volume to concert levels. But the gesture can strike the wrong chord.

Music levels are not a new issue for churches. Before amplifiers and distortion pedals, churches debated the volume of the pipe organ, says Rebecca Snippe, a program manager for the Calvin Institute of Christian Worship. Beyond personal preference, loud music can be a barrier to some churchgoers.

“For some individuals, loud sounds are difficult or overwhelming to process due to a sensory overload . While some of these individuals have a diagnosed sensory processing disorder, other individuals in our communities simply find loud sounds over an extended period of time to be tiresome and overwhelming,” writes Snippe.

When churches expect worshippers to opt out of noisy worship sets, they can also alienate vulnerable worshippers, particularly those who struggle with sensory-processing difficulties.

Barbara Newman is director of church services for All Belong, an organization helping churches welcome people of all abilities. She notes that individuals living with hearing loss, autism, or dementia struggle with processing loud noises. The impact on listeners can vary.

“Hearing is one of our sensory systems, and it is often experienced differently by some individuals with varied abilities. … But the negative effects can include pain, the desire to leave, interpreting that space as ‘unsafe,’ attempting to block out or tune out the sounds, inability to participate, or an inability to access the gifts that person wants to share with the community,” she said.

While earplugs are a good backup resource, Newman believes churches should start by consulting noise guidelines provided by organizations like the American Speech-Language-Hearing Association and then consider adding precautions for individuals with special needs.

Just as Christians understand that they are stewards of their physical health, they need to steward their auditory health and treat it as a gift from God.

(Editor’s Note: This article has been updated to include comments from Jenn Sperry regarding the citation issued by the Mason Police. An earlier version of the article incorrectly stated that the charges against Crossroads Mason were dropped only after the church agreed to comply with the city’s noise ordinance.)