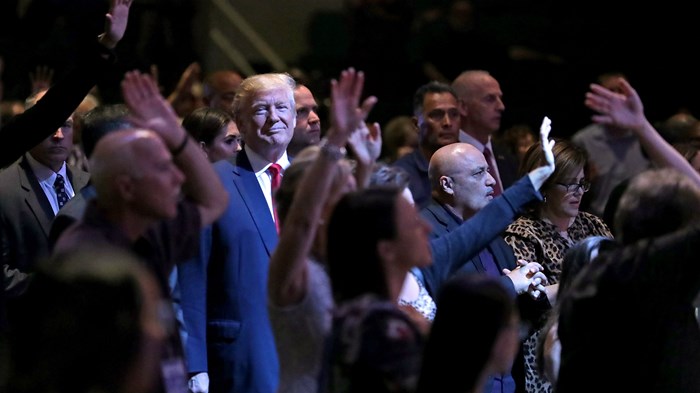 Over the past few years, many evangelicals have hesitated to give President Donald Trump their wholehearted approval, claiming they support his political stances but can’t fully endorse his personal life.

In a new survey from Pew Research Center, white evangelicals have somewhat mixed views on the president. While they remain a core constituency of Trump’s, and back him at higher rates than any other religious group, their enthusiasm wavers when it comes to his character and conduct. 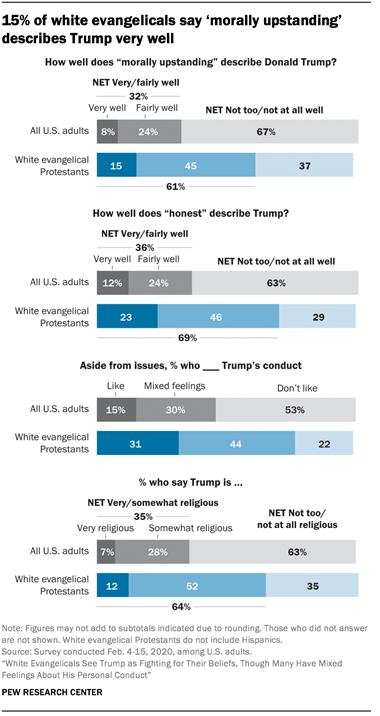 Just 15 percent of white evangelicals say “morally upstanding” describes the president very well; a quarter say “honest” is a very good descriptor of him; and fewer than a third say they “like” Trump’s behavior.

In most cases, the plurality of white evangelicals falls in the middle of the survey responses, with responders instead saying he’s “fairly” moral or “fairly” honest or that they have mixed feelings about the way Trump conducts himself. There’s a sizable jump between the 12 percent of white evangelicals who believe Trump to be “very religious” and the 52 percent who say he’s “somewhat religious.”

Evangelicals who defend Trump have sometimes stated that they “aren’t looking for a pastor in chief” and that they judge politicians by their policies rather than their personal piety.

Of course, morals still matter to evangelical voters, but according to Pew, they matter not quite as much as whether a leader is on their side.

While 63 percent of white evangelicals prioritize political leaders’ sense of morality and ethics, 67 percent say it’s just as important that they stand up for people with their same religious beliefs.

White Christians agree that the president is “self-centered” and not “even-tempered,” two traits where the majority of Americans across religious traditions were in consensus. But white evangelicals (81%), white non-evangelical Protestants (63%), and white Catholics (66%) are also most likely to stand by the president and say he “fights for what I believe in.”

Previous research found that before the last election, white evangelicals shifted the most on whether marital infidelity disqualifies a politician from holding office.

Researcher Gerardo Martí noted that religious voters care less about “individualistic virtues,” like being “loving,” “truthful,” and “sexually pure,” and more about political priorities. Trump’s willingness to align with evangelicals to address issues like religious liberty and pro-life policies has earned him an in.

“In the case of President Trump, observers should focus on discerning the orthodoxy of an actor who is perceived as religiously legitimate primarily because he engages in actions in support of religiously defined group interests rather than as a result of statements of belief or piety of behavior,” he wrote in a Sociology of Religion article on the president’s “unexpected orthodoxy.” 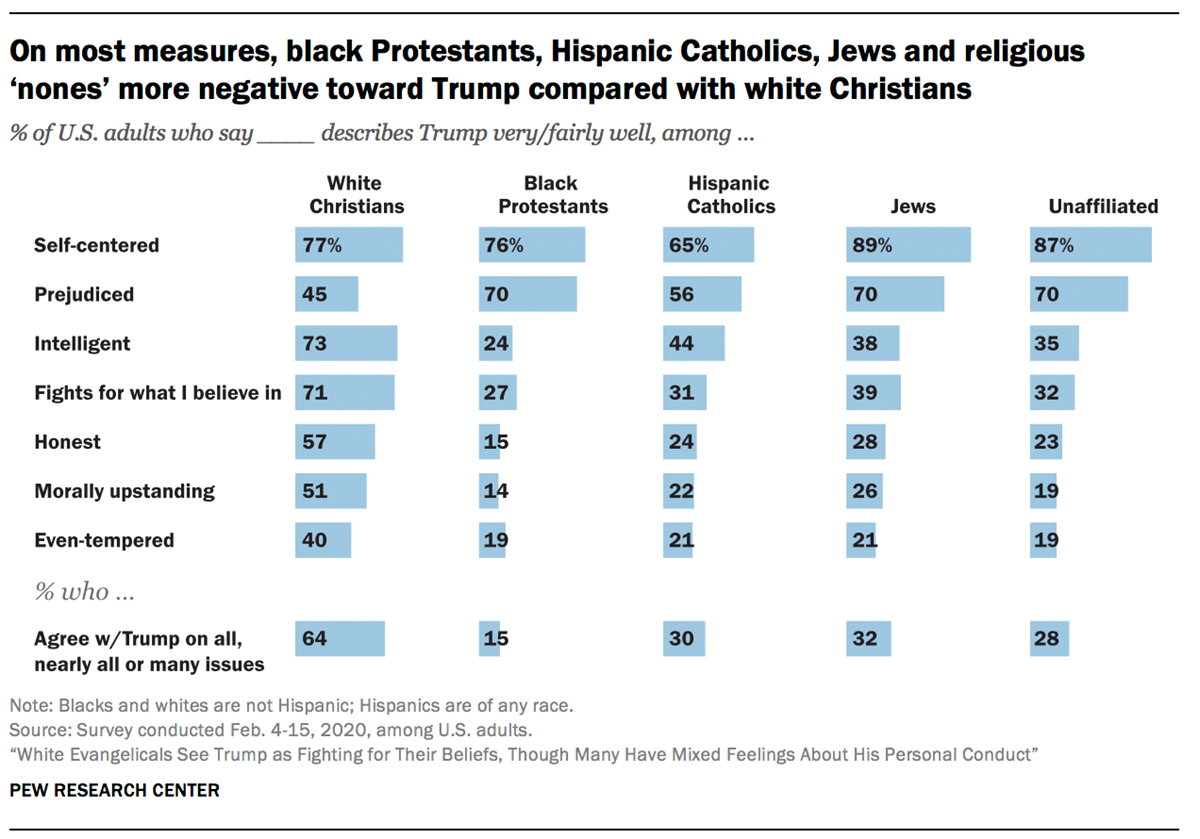 Among Christians of color, it’s a different story. While nearly 64 percent of white Christians agree with Trump on most issues, Hispanic Catholics are half as likely (30%) and black Protestants a quarter as likely (15%) to say the same. 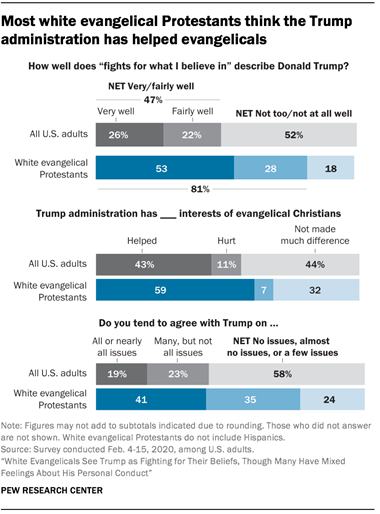 Additionally, black Protestants by far have the least confidence in Trump’s honesty, intellect, and moral character.

Despite their differing politics, white evangelicals and black Protestants have a similar approach to Trump’s leadership, sharing a scriptural belief that “all authorities that exist have been established by God” (Rom. 13:1). According to Pew, a majority in both traditions believe “Trump’s election must be part of God’s overall plan, but doesn’t necessarily mean God approves of Trump’s policies.”

Overall, most white evangelicals believe the Trump administration has helped evangelical interests, and just 7 percent say it has hurt them.

Under Trump, the White House has regularly hosted pastors and evangelical leaders, spoken openly about the importance of prayer and religious liberty, enacted workplace conscience protections, and supported a string of other moves championed by evangelical figures.

White Christians: Trump May Not Be a Good Person, ...