He believed church renewal would come from ardor and order of Spirit-empowered African Americans.
Daniel Silliman|September 21, 2020 08:40 AM 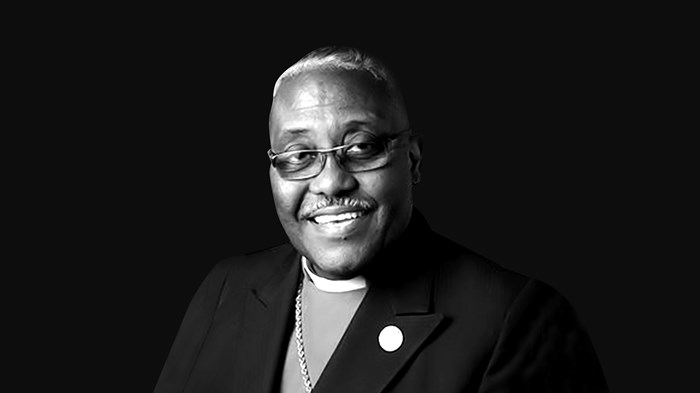 Image: Courtesy of the Joint College of African-American College of Bishops

J. Delano Ellis II, an African American Pentecostal leader who sought to renew the church through new forms of unity and order adapted from Methodists and Catholics, died Saturday at the age of 75.

Ellis worked to reclaim the idea of bishops for black Pentecostals. He was a leading authority on proper clerical garb and rites of ordination and consecration. He co-founded the Joint College of African-American Pentecostal Bishops and wrote a handbook on “creating episcopacy” to train leaders for the office of overseer and promote the importance of an unbroken line of apostolic succession going back to Jesus’s first disciples.

“Traditionally … the Pentecostal church maintained its ardor but was never really known for its order,” Ellis said. “What we’re discovering is that order is not blasphemous. Order best represents God.”

According to Ellis’s autobiography, his first memory was of his mother calling on the name of Jesus while he was still in the womb. Lucy Ellis was only 13 or 14 at the time, married to a violent man who was 10 years older than her. Her husband was Jesse Delano Ellis Sr., who rejected Christianity for Moorish Science and then Moorish Science for the Nation of Islam. He was abusive and unfaithful, fathering 28 children in South Philadelphia after his namesake, Jesse Delano Ellis II, was born in December 1944.

Ellis’s mother suffered from epilepsy and was committed to a mental institution while Ellis was still young. He went across the street to live with his grandmother and great aunt. Both women were ordained Christian ministers, one in a Disciples of Christ church and the other in a small Holiness denomination.

As a teenager, Ellis tried to establish a relationship with this father by attending a Nation of Islam mosque, but he also regularly attended a black Pentecostal church to listen to the choir. At the mosque, he learned that God cannot have a son. His father told him that Jesus was the white man’s god and Christianity was a trick designed to enslave black people. At the Church of God in Christ, however, Ellis heard the gospel and it resonated in his heart.

One Sunday he heard a sermon on Romans 10:9. The preacher quoted the text from the King James Version, saying “If thou shalt confess with thy mouth the Lord Jesus, and shalt believe in thine heart that God hath raised him from the dead, thou shalt be saved.” Ellis jumped up out of his seat and said “I believe it!”

He went forward and confessed his faith and came back to the second service to receive the gift of the Holy Ghost and speak in tongues.

His father beat him that night until he was bloody. “Who is Jesus?” the elder Ellis shouted. “Isn’t he the white man’s god? Why do you choose to be a slave?”The next morning Ellis was bruised and limping. “But I had a peace and joy,” he later wrote, “that I couldn’t explain.”

Ellis joined the Air Force and then went to school at Trevecca Nazarene College in Nashville, Tennessee. He worked in the Nazarene Church until the racial segregation of the Holiness denomination began to bother him. He spent about a year in the Christian Methodist Episcopal Church (CME) and developed a deep appreciation for its high church liturgy and ecclesiology, but ultimately felt more at home in the Church of God in Christ (COGIC), the largest black Pentecostal denomination in the United States. He was consecrated a bishop in the church at age 26.

One of Ellis’s first assignments as a leader in the denomination was to reform clerical dress, taking what he had learned from the CME and adapting it for use in COGIC. He was also tasked with revising the service for consecrating bishops. Some COGIC leaders resisted his changes, but Ellis later recalled the top leaders accepted the reforms rather quickly. They “grasped the beauty of the sacred,” he wrote, and wanted to turn “every ceremony into an experience that changed the lives of the worshippers.”

Ellis rose in the leadership, becoming the national public relations director and ultimately assistant general secretary. He found many of his tasks less interesting than liturgical reform, however. He grew frustrated at having to spend large chunks of his time negotiating hotel rates for the annual conference. He also didn’t seem to enjoy the perennial job of reiterating the denomination’s position against women in ministry.

In 1970 he made a brief statement that the Bible doesn’t permit women to be ministers. In 1985, he talked about the church’s complicated history on the subject: “Officially we don’t have women in the clergy, but we do have women pastors,” Ellis said. “They’re women who organized churches and stayed on as pastors and nobody said a thing.”

In 1989, he received a call from an independent Pentecostal church in Cleveland, asking him if he would leave COGIC and come be their pastor. Ellis was surprised because the church was Oneness Pentecostal, but he came to think the church’s beliefs weren’t that different from Trinitarian Pentecostal beliefs. God has a “triune nature,” the church teaches, but modern Christians place too much emphasis on the distinctions between Father, Son, and Holy Ghost. There is “no Scriptural support for the doctrine which defines the Godhead as three distinct persons,” according to the statement of faith.

When Ellis prayed about it, he heard God tell him to preach the name of Jesus, raise the ecclesial standards of the church, and “loose the women” into ministry. He accepted the call. A few years later, the church became a new denomination, the United Pentecostal Churches of Christ. When he retired it claimed 17 bishops, 300 churches, and about 500,000 members.

As the head of a new Pentecostal denomination, Ellis began to emphasize the importance of the legitimacy of apostolic succession. He traced his own episcopal inheritance through COGIC to the Methodists, the Anglicans, the Roman Catholics, the church at Antioch, and ultimately the first-century believers in Jerusalem. He was additionally consecrated by a bishop in the Syro-Chaldean Church of North America, establishing an Eastern line of succession.

Ellis joined bishops from two other small denominations to form the Joint College of African-American Pentecostal Bishops in 1993. Christianity Todayreported that the college was the vanguard of small but growing movement, where “the setting is high church, but the spirit is unmistakably Pentecostal.” Instagram video of a recent church services shows Ellis and his congregation dancing ecstatically, even as several men wear clerical collars, a woman wears a black cassock dress, and Ellis himself wears episcopal purple.

In addition to promoting high church ecclesiology among Pentecostals, the college served as an ecumenical meeting place for different spirit-filled African Americans to come together despite differences over the Trinity, women in ministry, or other doctrinal divisions.

Ellis stepped down from leadership in 2004 when he was diagnosed with leukemia. His wife Sabrina became pastor of the church in Cleveland and Larry Trotter, a mentee and the pastor of the Sweet Holy Spirit Church in Chicago took over the denomination.

The Next Billy Graham

Ellis said that when he looked at the recent history of the church, he thought the greatest renewal movement came through Billy Graham. The next movement, however, would come from African American Pentecostals who valued apostolic succession.

“There is a new way and a new movement,” he said. “I believe it will be the black bishop, the black preacher, the black clergy, that is going to set the Christian church back in order.”

The city of Cleveland honored the church leader by renaming two blocks of Chester Avenue J-Delano Ellis II Way on September 6. “I’ve just got one thing to say,” said Ellis, at what would be his last public appearance. “To God be the glory.” The bishop died a week later.

He is survived by his wife Sabrina, five children, one foster child, and many grandchildren.