How could aircraft serve Christian ministries and humanitarian missions? The Brit was part of a cohort of aviation enthusiasts devoted to finding out.
Morgan Lee|September 10, 2020 07:00 AM 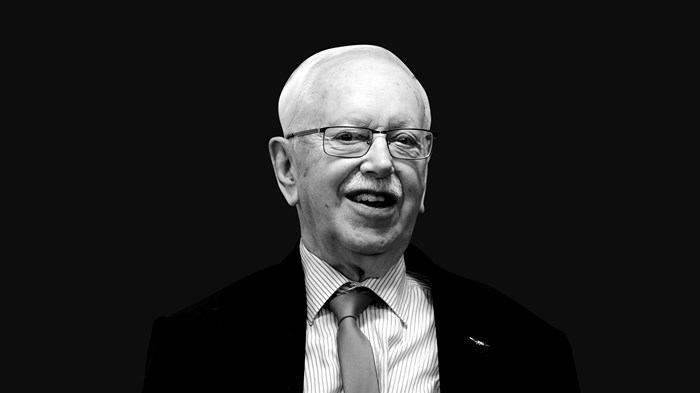 Stuart King, cofounder of Mission Aviation Fellowship (MAF), has passed away at the age of 98. A Royal Air Force engineer who fought for Britain in World War II, King devoted his life after the war to taking light aircraft to the remotest parts of Africa.

King’s life and ministry were recognized by Archbishop of Canterbury Justin Welby.

MAF-UK began in 1948, when King, who landed on Normandy on D-Day, and former RAF squadron leader Jack Hemmings flew across Libya, Egypt, Sudan, Kenya, and the country now known as the Democratic Republic of Congo. In a six-month survey, they studied how aircraft could serve humanitarian needs across the continent. The pair flew in the small Miles Gemini with just bare essentials—a map and compass.

At the end of the trip, they crash landed into a banana tree and finished their trip on foot. They were convinced, nonetheless, that airplanes would provide a great service in the region where roads were few and far between.

“We stopped at many bizarre and outlandish places along the West African coast, spending nights in strange hotels or little rest houses,” King recalled later in his book Hope Has Wings. “We’d wash the children’s nappies at night and spread them over our knees during the next day’s flight, turning on the cabin warm air to help speed the drying.”

Over the next several decades, King helped the organization expand across the world, modernizing MAF’s aircraft and increasing its capacity. He copiloted other survey trips to Kenya, Ethiopia, Chad, and Tanzania. After more than a dozen years in Sudan, in 1973, King returned to the UK to lead MAF-UK and became the president emeritus in 1987.

King received a number of awards throughout his life, including the French government appointing him the rank of Chevalier in the Ordre National de la Légion d’Honneur in 2016 for his military service in helping liberate France during WWII.

He also received an award of honor in 2019 from the Honourable Company of Air Pilots. In their remarks honoring King, the organization highlighted MAF's partnership in enabling a variety of ministry and humanitarian endeavors, its high standards for pilots and for aircraft maintenance, its intentionality in hiring locals, its refusal of bribes, and its sound financial management.

“Although Stuart is no longer out there conducting operations, it is his vision and his integrity that created the ethos and the professionalism that is MAF today, and it is his fundamental Christian values which guide it to remain the kind of organisation he founded,” it stated.

King was preceded in death by his wife, Phyllis, and leaves behind three children, seven grandchildren, and six great-grandchildren.

Died: Stuart King, a Pilot Who Survived D-Day to ...