In 50 years of excavation, she connected modern Israel to Hebrew kings and prophets.
Daniel Silliman|May 26, 2021 09:30 AM 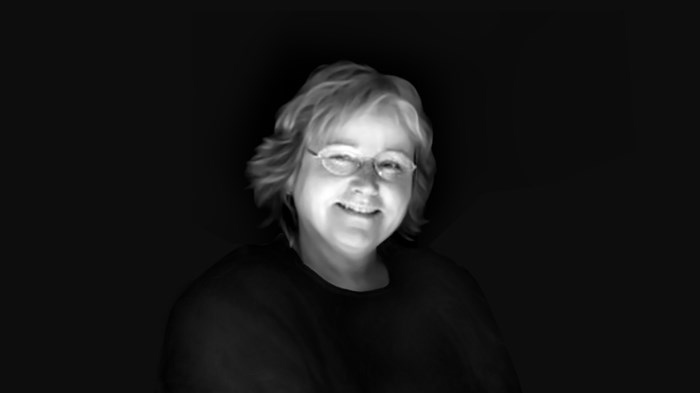 Eilat Mazar, a nonreligious archaeologist who embraced the unfashionable idea of digging with a shovel in one hand and a Bible in the other, died Tuesday at 64.

In her five decades excavating the Holy Land, Mazar discovered the remains of a palace believed to belong to King David, a gate identified with King Solomon, a wall thought to have been built by Nehemiah, two clay seals that name the captors of the prophet Jeremiah, seals that name King Hezekiah, and a seal that may have belonged to the prophet Isaiah.

Once called the “queen of Jerusalem archaeology,” Mazar took the Bible seriously as a historical text and quarreled with scholars who thought it was unscientific to pay too much attention to Scripture.

Mazar said she was not religious but would pore over the Bible, reading it repeatedly, “for it contains within it descriptions of genuine historical reality.”

Mazar sometimes literally took directions from the sacred text. In 1997, she wrote about how 2 Samuel 5:17 describes David going down from his palace to a fortification. Assuming that was an accurate description and looking at the topography of Jerusalem, she identified the place where David’s palace should be. In 2005, she was able to start excavation at the site, and almost immediately discovered evidence she was right—and so was the Book of Samuel.

“I [can’t] believe these archaeologists who ignore the Bible,” Mazar told CT. “To ignore the written sources, especially the Bible—I don’t believe any serious scholar anywhere would do this. It doesn't make any sense.”

Mazar was born in Israel in September 1956. She started going on digs at age 11, under the tutelage of her famous archaeologist grandfather, Benjamin Mazar.

The elder Mazar was a Jew born in Russia who studied archaeology in Germany before emigrating to what in 1929 was British-controlled Palestine. He became one of the founding fathers of modern Israel, and his excavation helped advance the idea that Israel was the Jewish homeland.

He involved his sons and as many of their children as he could recruit in his projects. In 1967, he started training the 11-year-old Eilat on the Temple Mount excavation, shortly after the site in Jerusalem’s old city was captured by Israel in the Six-Day War.

“It’s nice to touch your history,” she said.

Mazar earned a bachelor’s degree from Hebrew University in 1981 and went to work as a professional archaeologist. She had a brief marriage immediately after finishing her mandatory military service. It ended in divorce. She got remarried to archaeologist Yair Shoham. He died suddenly in 1997, at the age of 44. That same year, Mazar finished her doctorate at Hebrew University, writing a groundbreaking thesis on the biblical Phoenicians based on her excavation of a Phoenician site in northern Israel.

Critics said that Mazar sometimes made too much of her discoveries and was too quick to connect the things she unearthed to biblical stories. One scholar toldThe New York Times that Mazar was like someone who has a button and wants to call it a whole suit. Others said she was unduly influenced by a political agenda, and pointed out that her funding came from conservative, pro-Israeli sources.

Her fiercest critic was archaeologist Israel Finkelstein, who taught that David’s biblical kingdom was greatly exaggerated, probably no more than a hill-country village occupied by a tribal chief.

“You cannot study biblical archeology with only a simple reading of the text,” he said in 2006. “The Bible cannot be understood without a knowledge of the millennia of biblical criticism that has gone along with it. … The Bible is an important source, but we can’t take it seriously.”

Other authorities came to her defense, however. Hershel Shanks, the founding editor of Biblical Archaeology Review who frequently clashed with scholars, said Mazar’s approach was perfectly scientific. She started with a hypothesis from the Bible, and then tested it by digging.

What she found, by any measure, was remarkable.

After discovering the large stone structure she identified as David’s palace in 2005, she unearthed a clay seal, called a bulla, used to stamp documents. She took it home to decipher, and figured out the bulla bore the name of a prince who called for the prophet Jeremiah’s death in Jeremiah 38:1–6.

“I let out a shriek of surprise that rang out through the still house,” Mazar recalled. “Fortunately, the children slept soundly. I felt as though I had just ‘resurrected’ someone straight out of the Bible.”

Two years later, after developing a new excavation method called “wet sifting,” she found a second bulla, bearing the name of another prince in the biblical passage. The site was apparently a storehouse of official records. One of Mazar’s cousins, also an archaeologist, called it “something of a miracle.”

There were more to come:

In 2007, Mazar discovered a wall she identified with Nehemiah’s hasty construction after the return from Babylonian exile. 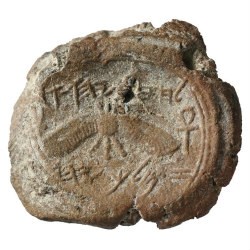 In 2010, she announced she found a city gate dating to the reign of King Solomon.

In 2015, she discovered a seal that said, “Belonging to Hezekiah son of Ahaz king of Judah.”

In 2018, she discovered another seal that could contain the name of the prophet Isaiah. The final part of one word is missing from the piece of clay—if it ends in the Hebrew letter aleph, then the seal reads, “Belonging to Isaiah [the] prophet.” She conceded the seal might belong to another Isaiah, though, and the incomplete word could be something besides “prophet.”

Mazar found great joy in connecting archaeological discoveries to the Bible and Jewish history, but she also believed it was important just to dig.

“When you go on a site, you use the best archaeological methods that you know of,” she told CT. “You put aside all theories and start working. Then the site itself—what’s revealed—comes up, whatever it is. Either it supports what you had in mind to find, or not.”

Mazar is survived by a daughter and three sons.