As the pandemic has gone on, burnout continues to take its toll on church leaders.
Kate Shellnutt|November 16, 2021 02:00 PM 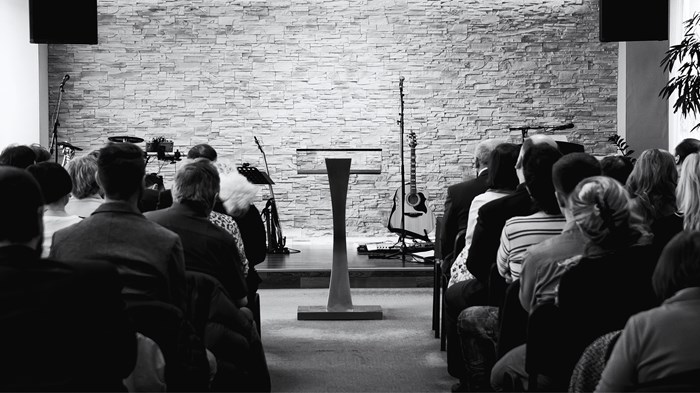 Sitting around campfire beside Lake Tawakoni in Northeast Texas, pastor Nic Burleson has heard pastor after pastor confess their greatest challenges: depression, church conflict, marital strife, and, increasingly, doubt over whether they should continue in their role.

“We have multiple pastors at every retreat that are contemplating leaving ministry,” said Burleson, who organizes the three-day getaways, sponsored by his congregation, Timber Ridge Church in Stephenville, and Vista Church in Heartland. “In a lot of ways, they feel stuck, which just adds on to the pressure and the burnout.”

Pastoral burnout has worsened during the pandemic. A Barna Group survey released today found that 38 percent of pastors are seriously considering leaving full-time ministry, up from 29 percent in January.

“The change that has been accelerating in the last 18 months has left a lot of pastors with their heads spinning and their hearts spinning as well,” said Joe Jensen, Barna’s vice president of church engagement.

“All the chaos, all the pressure, the magnifying glass of social media, the pandemic, the politics, the hyperdigital context, it makes sense that you have a lot of pastors saying, ‘Is this really what I signed up for? Is this what I was called into?’”

The greater number of pastors rethinking their profession correlates with rising stress and worse mental health in general. Back in 2016, 85 percent of pastors rated their mental wellbeing as good or excellent, according to a previous Barna poll. In the October 2021 poll, it was down to 60 percent.

With so many ministry leaders on the brink, pastors are more eager for outlets like Burleson’s getaways, where they can develop friendships, speak openly about their struggles, get advice, and find mental health support.

“Prior to COVID-19, burnout was a silent epidemic in ministry leaders. The stats testify to this, but now I might say burnout is endemic,” said Dan White, who launched the Kineo Center in 2020. The center hosts retreats for ministry leaders in Puerto Rico and is a starting weekly coaching program in 2021.

In his work with pastors, White has seen the crisis intensify. More leaders are experiencing burnout, even people with regular Sabbath rhythms and vacation times. Their burnout has gotten more severe, with discouragement and exhaustion running “bone deep.”

“Burnout begins to show up in different ways according to differences in our personalities,” said White, a longtime church planter, pastor, and coach with a counseling degree. “For some it looks like anger and irritation behind closed doors with family. For me it looked like relational hiding and trying to disappear. For others it looks like excessive indulgence in social media, alcohol, binge-watching TV in order to escape. Our mind, souls, and bodies will try to compensate for the overwhelm we feel.”

Evan Marbury, a pastor and counselor in Durham, North Carolina, uses Paul’s line in 2 Corinthians 1:8 as a guide for identifying burnout: “We were under great pressure, far beyond our ability to endure, so that we despaired of life itself.”

Pastors across the board are feeling more overburdened and lonely as the pandemic goes on, and the crisis is particularly acute among mainline Protestant churches. In October 2021, half of mainline pastors said they are seriously considering quitting, compared to a third of evangelical, non-mainline pastors, Barna found.

Amid all the shakeups and crises that have come in 2020 and 2021, this has become a moment for pastors to rethink their approach to their role and their mental health.

“A lot of pastors are struggling to feel hope,” said Marbury, a pastor at Christ Central Church. “They believe it theologically, but things just seem to keep spiraling. Budgets are being hit and attendees are hit, and then someone sits with you and says, ‘I’m leaving…’ That can reinforce doubt, shame, feelings of inadequacy.”

When churches called off in-person gatherings during the pandemic, pastors lost out on the boost of assurance that could come from worshipping together in a full sanctuary, hugging members after the service, and talking through issues with them in person. So in some cases, they were left navigating intense church conflict, politicized departures, and pandemic trauma without some of the most life-giving parts of their ministry.

“It’s forcing pastors to find their identity in Christ and not in the perfection of their ministry, and I think that’s a good thing,” said Burleson. At Timber Ridge Church, he’s had to address his own fears of not growing and remind himself that God’s call in Matthew 25:21 was focused on faithfulness, not success.

He has planned 20 more lakeside retreats for 2022, a record for the program, which will expand to include weekends for married couples who copastor. Participants continue to keep in touch as friends, and for those who need professional counseling or support, organizers are able to refer them to trusted resources.

Because so many pastors enter full-time ministry assuming it will be a life-long calling, they often endure a lot—including chronic health issues, as well as anxiety and depression—before thinking of moving on. But counselors and coaches say their experience aligns with Barna’s findings: More pastors on the brink are wondering how long they can last.

“The number one factor influencing a pastor’s assessment of a vocational transition is money—‘What will I do for income?’” said White. “There’s a panic there. In many cases, we have to help them re-imagine themselves and their pastoral role in the world.”

Jensen at Barna urged pastors who find now themselves questioning their place in ministry to lean into the process rather than seeing themselves as a less of a pastor for reconsidering their calling.

“Figures like king David, Moses, other biblical figures—they had questions, they had doubts about their calling,” he said. “Now’s a great opportunity to lean into the tension, to go deeper into their relationship with Jesus, and to come out more resilient, more sure of who they actually are, whether that’s being a vocational minister or not.”