Sharp decline may be connected to drop in church attendance.
Adam MacInnis|April 20, 2022 10:30 AM
españolPortuguês简体中文繁體中文 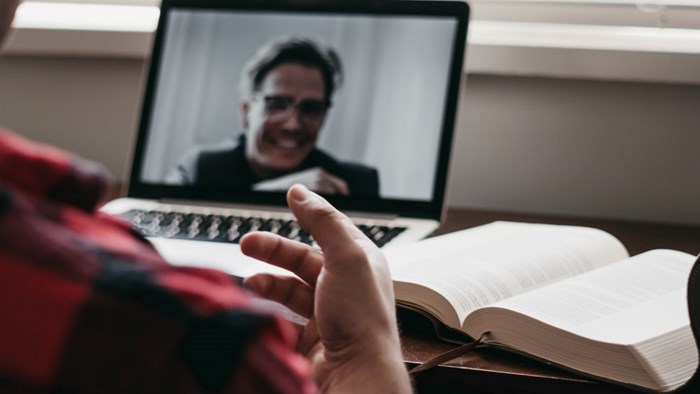 When researchers for the American Bible Society’s annual State of the Bible report saw this year’s survey statistics, they found it hard to believe the results. The data said roughly 26 million people had mostly or completely stopped reading the Bible in the last year.

“We reviewed our calculations. We double-checked our math and ran the numbers again … and again,” John Plake, lead researcher for the American Bible Society, wrote in the 2022 report. “What we discovered was startling, disheartening, and disruptive.”

In 2021, about 50 percent of Americans said they read the Bible on their own at least three or four times per year. That percentage had stayed more or less steady since 2011.

But in 2022, it dropped 11 points. Now only 39 percent say they read the Bible multiple times per year or more. It is the steepest, sharpest decline on record.

According to the 12th annual State of the Bible report, it wasn’t just the occasional Scripture readers who didn’t pick up their Bibles as much in 2022 either. More than 13 million of the most engaged Bible readers—measured by frequency, feelings of connection to God, and impact on day-to-day decisions—said they read God’s Word less.

Currently, only 10 percent of Americans report daily Bible reading. Before the pandemic, that number was at about 14 percent.

Plake thinks the dramatic change shows how closely Bible reading—even independent Bible reading—is connected to church attendance. When regular services were interrupted by the pandemic and related health mandates, it impacted not just the corporate bodies of believers but also individuals at home.

“The elephant in the room is COVID-19,” he told CT. “As we’ve been tracking and kind of digging into what really happened around Scripture engagement in 2022, we realized there were some big issues happening in the United States at the time that we were collecting the data.”

The State of the Bible survey collected data in January 2022 as the omicron variant of the coronavirus was surging.

Most churches remained open, with an additional online option. Only about 3 percent were not meeting in person at all, according to Lifeway Research. But the pandemic took a visible toll on church attendance. Pew Research Center found that nearly a third of regular churchgoers have not returned to church buildings. Some choose to participate online, but others have dropped out completely.

And at the same time, there was a sharp decline in Bible reading.

Don Whitney, professor of biblical spirituality at Southern Baptist Theological Seminary and author of Spiritual Disciplines for the Christian Life, thinks there is probably a causal connection. Isolation from other Christians has “lethal” impact on private Bible reading, he said. When people are not in church, they’re not reminded of the blessings of Scripture and its importance for their lives. And they aren’t encouraged by other Christians sharing about their own Bible reading.

Churches are also the main place that people learn how to read the Bible.

“That is clearly the responsibility of the local church,” Whitney said. “The church should teach them.”

It’s a challenging book, and even if people believe, in the abstract, that it would be good to read it, that doesn’t mean they know how to make sense of a particular passage or even where to start.

“They’ve never read one book in their life approaching the length of the Bible, and so since they’ve never done it before, they think they can’t now,” Whitney said. “You might as well say, ‘Flap your arms and fly to the moon.’ I think we have to show them the doability of it.”

Even people who do read the Bible often haven’t read very much of it, according to research by Lifeway. Only one out of every five Americans has read the whole Bible, while one of four has never read more than a few sentences.

“For most people, it’s almost more of a reference book,” said Scott McConnell, executive director of Lifeway Research. “They’re looking up something when they need it or someone else needs it. Or they’re flipping it open and reading wherever they happen to land.”

He also believes that Christian community is critical for Bible reading.

“Jesus Christ invited us to follow him, and that’s a decision we must make individually. But he designed for us to follow him in community with other believers,” he said. “A lot of people [are] missing that reinforcement from others that can take place on a weekly basis.”

But even as Bible reading dropped dramatically in 2022, there is still a lot of continued interest in the Bible, from those who never, rarely, or seldom read it. According to the State of the Bible report, a third of those who never read the Bible say they are very or extremely curious about it.

Many of those, Plake says, will turn to the Scripture in a moment of need.

“What we find is that many people when they come to a difficult spot, they wonder, ‘Does the Bible have something for me? Can it help me through the issue I’m facing?’” he said. “They start curiously looking around and exploring Scripture. That opens up a whole new world of God’s Word to them and relationship with God and God’s people.”

There is evidence this is still happening, even in 2022. The number of people downloading Bible apps is growing, and new apps are entering the market, some with promises to help users develop a daily worship habit. Two Bible podcasts topped Apple’s charts at the start of the year.

“Sales of all of our Bible translations are up this year,” said Melinda Bouma, VP and publisher of Bibles for Zondervan. “We have experienced sales increases across all editions.”

This includes everything from Bibles used for personal study and devotions to gift Bibles, education Bibles, and outreach Bibles. But the Bible market has increasingly developed products specifically for people who don’t read the Bible as much as they’d like to.

“We have learned that ultimately our job is to create Bibles that make it easier to get into God’s Word,” Bouma said. “We believe that offering various options [is] what equips readers to overcome the challenge of making time to read the Bible.”

Christians may find the results of the State of the Bible report discouraging, Plake said. But the decline in Bible reading isn’t inevitable or irreversible. And if it’s connected to church attendance and connection with Christian community, then those who care about connecting people with Scripture can focus their efforts there.

“Everything is not okay. But when it’s not okay, how do we respond? That’s the critical issue for the church,” Plake said.

“I’m confident we’re going to be able to turn the tide on Scripture engagement … but that only happens when we come together and we say we’re going to serve our communities with the hope we find in God’s Word.”

[ This article is also available in español,  Português,  简体中文, and 繁體中文. ]