An Australian court is weighing whether or not Brian Houston had a “reasonable excuse” not to report his father's sexual abuse to the police.
John Sandeman in Sydney|December 22, 2022 03:30 PM 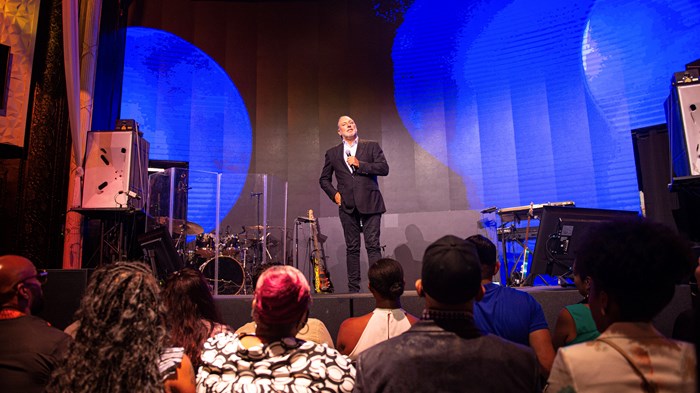 The trial of Brian Houston ended on Wednesday after 13 days of testimony, evidence, and cross-examination in courtroom 2.5 in the vast Downing Centre courthouse in downtown Sydney, in the faded splendor of a converted department store.

The founder of Hillsong Church answered question after question about what he knew about his father Frank’s pedophilia, when he knew it, whom he told, whom he didn’t tell, and why. He admits he failed to report his father to police in 1999, as required by the law, but argues he is not guilty because he has a reasonable excuse.

Houston told the magistrate in the bench trial he didn’t go to the authorities because the grown-up survivor of his father’s sexual abuse told him not to.

He testified that the victim said, “I don’t want to be a big part of the church conversation. You know how gossipy they are. … You are not to go to the police. If anyone is going to the police it will be me, and I won’t be doing that.”

Houston’s legal advocate, Phillip Boulten, pointed out the victim never did file a report. He argued that, in fact, many people knew about and did not report the sexual abuse, including other church leaders, a Sydney Morning Herald reporter, and police who attended the church. Tens of thousands of people knew of Frank Houston’s offence, Boulten argued.

Crown prosecutor Gareth Harrison argued, on the other hand, that while Houston told his family, church leaders, denomination leaders, and made statements on the public record to the 15,000-strong Hillsong congregation, he concealed the true nature of the allegations against his father. And he could have—and should have—also told police.

“The primary reason he did not report it was to protect his father and the church,” Harrison said. “The accused knew the offense had been committed … knew the details of the offender, and that the complainant had been a child.”

The criminal case against Houston began in 2013, when the Federal Government Royal Commission into the Institutional Response to Child Sexual Abuse ran a series of investigations into sexual abuse in Australia, interviewing nearly 8,000 survivors. More than half of them had been abused in a religious institution—including a few Pentecostal churches.

The Royal Commission specifically looked into Hillsong’s “systems, policies, practices and procedures for the reporting of and responding to allegations of child sexual abuse” and found that Houston, who at the time was also the president of the Assemblies of God in Australia, had violated the law by failing to report his father, who died in 2004. Houston was arrested in August 2021, after a change in federal law gave the New South Wales police access to the commission’s nonpublic documents.

At trial, Houston recounted how he first learned of his father’s crimes in a conversation with the church’s general manager in 1999.

“At the end of the meeting, he said, ‘There’s just one more thing. It’s not about you. It’s about your father,’” Houston testified. The church had received a report that Frank Houston, who was also a Pentecostal pastor, had sexually abused a seven-year-old boy in Sydney in 1970.

The victim—now a grown man—testified publicly at the start of the trial. Brett Sengstock said he didn’t tell his mother what happened when they were living in the beachside suburbs of Sydney until the late 1970s, when he was 16.

During his two days of testimony, however, the defense challenged his memory and his recollection of the facts. He said that Frank Houston offered to pay him money for his silence, but has told different authorities different times when that happened—variously “late 2000,” “May 31, 2000,” and “possibly November 1999.”

“Dates of events have always been a problem for you?” Boulten asked in court.

“The sequence of events have always been a problem for you?”

Also, according to Sengstock’s mother, she only learned about the abuse in 1999. The court heard testimony that she disclosed the allegations to her aunt, Barbara Taylor, who was the pastor of a tiny Pentecostal church in the area.

A string of pastors declined to testify at Houston’s trial, citing their right not to self-incriminate. Taylor, now 90, declined legal counsel and spoke up in court. Her contemporaneous notes and letters also played an important role in the trial.

According to Taylor, she was sworn to secrecy when her niece told her what Frank Houston had done, but then her niece changed her mind when she heard tent evangelist Kevin “Mad Dog” Mudford speak about the problem of sexual abuse in the church.

“One Sunday night people were testifying about how sexual abuse had messed up their lives,” Taylor told the court. “She felt she had to had to tell the evangelist.”

The defense pushed Taylor on why she didn’t go to the police. In her contemporaneous notes, she wrote that she was not in favor of involving secular authorities. Taylor testified that she hoped there could be some kind of reconciliation between the abuser and the abused, and thought that could only happen if the police weren’t involved.

She and the evangelist instead contacted several pastors they thought might help, starting with John McMartin, pastor of Inspire, a multisite church in southwestern Sydney. Taylor wrote him a letter, not naming Frank Houston, but asking for his help. McMartin denied ever receiving a letter, but prosectors subpoenaed church records and found it in the files in an envelope with McMartin’s handwriting on it.

In a separate trial happening at the same time across town, McMartin was also found guilty of “assault with an act of indecency.” He groped a personal assistant at his home while his wife was away.

When McMartin and other ministers didn’t respond to Taylor and Mudford in 1999, they finally decided to approach Hillsong directly, speaking to the general manager who relayed the allegations to Houston. According to the police investigation, Houston told the court he confronted his father and Frank confessed to the sexual abuse. Houston then suspended his father’s preaching credentials, but the court heard testimony that the Assembly of God’s explanation for the suspension was vague and incomplete.

Pastor Robert Cotton told the court he allowed Frank Houston to preach at his church in 2004, shortly before Houston died. At the time, he thought Brian Houston was treating his father too harshly and thought the elder preacher should be restored to the ministry.

“I did not think it was anything criminal,” Cotton said. “Child sexual assault was out of the park. We thought [abuse] was a Catholic problem.”

The court heard a 55-minute recording of that sermon, despite the defense’s objections. In the recording, the elderly Houston rambles, repeating several stories three or four times, broken up by periods of praying in tongues. At one point, he prays for a boy and seems to linger over him for an unnecessarily long time.

“You can’t help being good-looking,” he tells the boy.

Cotton said if he had known the nature of the allegations against Frank Houston, he wouldn’t have invited him to his church, but the Assemblies of God didn’t tell him.

Over the two and a half weeks, the trial returned again and again to the question of whether the Hillsong founder was really protecting his church.

The prosecutor asked Houston why he only told Hillsong in 2002 that his father had confessed to “serious moral accusation.”

“Why didn’t you say, ‘My father had assaulted a child?’” Harrison asked.

“It would have been better if I had,” he said.

The defense pointed to media coverage not discovered by the police, including a 2003 Sydney Morning Herald report that Brian Houston said his father was a pedophile.

At the end of the cross examination in courtroom 2.5, magistrate Gareth Christofi told the prosecution and the defense they will have six months to prepare their final written and oral arguments.

“I would say that the issues become pretty simple in the end,” Christofi said.

“Is there a reasonable excuse?

“What is the reasonable excuse?

“Can it be proved beyond a reasonable doubt that there was no reasonable excuse?”

Oral submission of the case is scheduled for June 15 and 16.