Amid all the moves and changes of the past two years, many congregations saw turnover accelerate.
Melissa Morgan Kelley|January 18, 2022 06:00 AM
Português简体中文Indonesian繁體中文 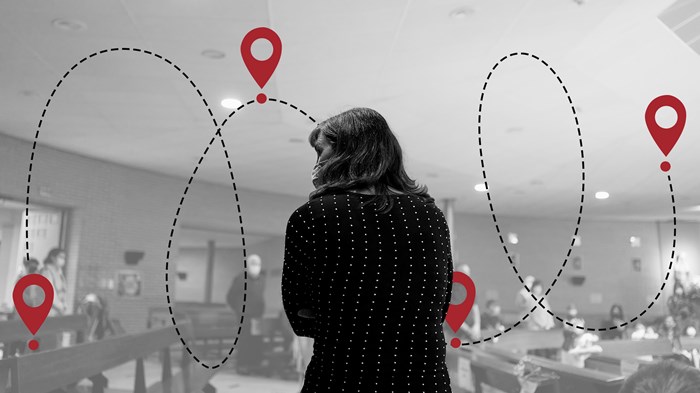 Houston Northwest Church suffered heavy damage from Hurricane Harvey in 2017. By the time its flooded facilities were finally rebuilt a couple years ago, the congregation was only back at full capacity for six weeks before services were shut down by the pandemic.

As the church endured one setback after another, senior pastor Steve Bezner has seen the flock ebb and flow.

“About a third of our congregation worshiping in person are new faces,” he said.

His church currently draws 1,600 attendees each week, including several hundred viewing online—not far from its pre-pandemic weekly average of 1,700. Bezner marvels at the number of members who left during the pandemic and the number of new people who have showed up to take their place.

“It will make you believe in the preservation of the Holy Spirit,” the Houston pastor said.

Member turnover is as common to the life cycle of a church as baptisms, weddings, and funerals. But the pandemic has accelerated people’s comings and goings and has required new strategies to welcome and assimilate new members into the church community. These tasks have been complicated by evolving COVID-19 precautions and the challenge of identifying who still belongs to the church, when many continue to worship online.

“Not gathering stirred up these questions,” said Steve Smith, executive pastor of Highpoint Church in Naperville, Illinois. “The gospel hasn’t changed, and we will always be Bible-centric, but how we engage people is changing.”

COVID-19 has propelled people toward life change of all kinds over the past two years, including career shifts, new relationships, and relocation. Some changes have been out of necessity and some out of new priorities; Pew found three-quarters of have seen some positive impact from the pandemic.

This has played out with church choices as well. For those who were already struggling with their church, the pandemic served as a catalyst to begin exploring other congregations. One Atlanta churchgoer said the pandemic pushed her toward change after navigating difficult social dynamics within her young adult group.

“I decided to start fresh somewhere else,” said Elisa Hoover, 27. “It was easier to visit other churches during the pandemic, and my absence was less noted in my church’s tight-knit community.”

For many people, the sustained isolation of the pandemic heightened their desire for connection and spiritual community.

Many new attendees to Houston Northwest Church came from a large apartment complex across the street that houses mostly single adults. “They felt the psychological pressure of loneliness and wanted to check it out,” Bezner said. “They wanted to discover who God is.”

This desire for connection and spiritual grounding transcended demographics, affecting everyone from singles living alone to parents with young children to parishioners who lived too far from their church to be deeply engaged.

When the pandemic hit in 2020, Dylan Parker and his wife realized they lived too far from their Arkansas church to be as invested as they would like.

“Until the pandemic slowed us down, we didn’t realize the toll it took on us to live life across multiple cities,” he said. They began looking for a church closer to home, but soon learned that he was accepted into a PhD program at Fuller Theological Seminary and would be moving to California. Parker and his wife now live within walking distance of their church and many of its members.

“We already feel like we have closer and stronger community here than in Arkansas,” said Parker.

The father of two also values his new church’s approach to handling challenging issues that emerged during the pandemic, including social justice. Though he says he would not have changed churches for this reason alone, he acknowledges his California church is a better fit.

“My previous church was not allowing space to have conversations I wanted to have on social justice,” he said. “I have reached a place in my life where I needed space to answer those questions.”

It is impossible to analyze the topic of church switching during the pandemic without acknowledging the backdrop of national polarization on issues ranging from masking and vaccination to racial tension to politics. Frequently, pastors have felt ill-equipped to address these issues in ways that satisfy members representing a wide spectrum of viewpoints.

Bezner describes the turbulence of the last two years as “compounded national trauma that has caused decision fatigue in pastors.”

Controversial decisions, made under heightened scrutiny, could be what prompts certain attendees to reevaluate church fit.

“It used to be a quieter thing, but now groups leave together and it’s louder than it used to be,” said Smith at Highpoint in Illinois.

Churches are often losing the “back row,” with those who were highly involved becoming even more involved during the course of the pandemic, those who were moderately involved holding steady, and many of the less engaged attendees falling away.

“We’re seeing that the people who came 8 or 12 times a year have stopped attending,” said Smith. “Their spiritual muscle atrophied.”

Across Highpoint’s seven locations, the nondenominational church saw few of these people re-engage despite a robust communication campaign led by church leaders and volunteers.

Offering virtual services is helpful during the pandemic, but makes it harder to account for members. The mix of people switching churches and worshiping online has created mystery around the true number of members who have exited church permanently.

Nearly all churches had reopened by last summer, with only three quarters of once-regular attendees back in the pews, Lifeway Research found.

“Anonymity is a big part of the American church landscape,” said Len Tang, director of the Church Planting Initiative at Fuller Theological Seminary. “But in smaller churches, you can’t be anonymous.”

“People are usually loyal to the vision of a church plant and less likely to switch churches,” he said. Lifeway also found that smaller churches rebounded more quickly than large ones.

“Most small churches are still not back to pre-pandemic levels, but far more of them are reaching this point than larger churches,” said Scott McConnell, executive director of Lifeway Research. “It’s possible small churches are aided by perceived safety of a naturally smaller gathering, differences in technology options for gathering online, or the strength of relational connections.”

Churches big and small focused on small-group discipleship when in-person services were paused.

“Churches that understood discipleship at their core could continue that mission,” said Tang.

At Highpoint, pastors could no longer use Sunday attendance as a measure of church discipleship, so they adjusted their approach to leadership training. Instead of simply sharing discipleship methods, they focused on teaching leaders why discipleship is essential and how to engage people meaningfully.

“We are trying to help them understand, ‘How do you pull out of people their deeper struggles and longings as a part of spiritual formation?’” Smith said.

Matt and Dara Osborn of Spring, Texas, recently attended one of these vision dinners to learn more about the church’s past and its hoped-for future.

“Some churches are focused on rebuilding and others are sprinting forward,” said Matt Osborn. “Houston Northwest Church is sprinting forward. In this new era, reopening is like starting over.”

Osborn believes this time of transition during the pandemic could be preparing the church for a new phase of growth ahead.He said, “Maybe God is placing people where they need to be for his kingdom to grow in post-pandemic times.”

[ This article is also available in Português,  简体中文,  Indonesian, and 繁體中文. ]