“It may be easier to find people in the midst of deconstructing their faith on social media than within churches.”
Aaron Earls - Lifeway Research|July 19, 2022 10:55 AM 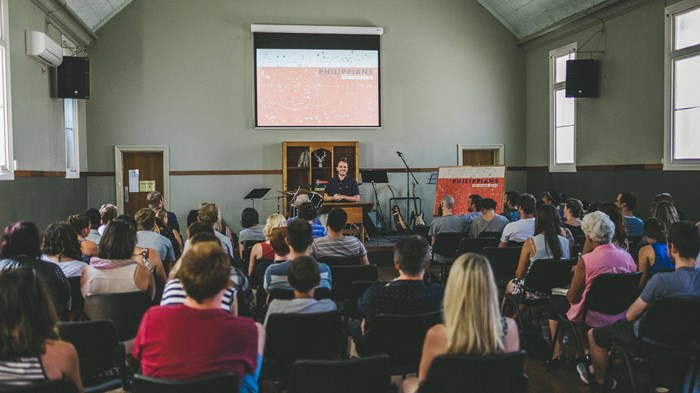 A Lifeway Research study of US Protestant pastors finds almost 3 in 4 are familiar with the concept of deconstruction, and more than a quarter of those say people in their churches have deconstructed their faith.

“In recent years, many Americans have stopped associating themselves with Christian churches,” said Scott McConnell, executive director of Lifeway Research. “While surveys have shown that many who don’t attend or claim to belong to a church still maintain many Christian beliefs, for a noticeable minority, the journey away from the Christian church begins with a change in beliefs.”

Age and education are key indicators of how knowledgeable a pastor may be about the concept. Younger pastors, those 18–44, are the most likely to say they’re very familiar with deconstruction (36%), while pastors 65 and older are the least likely to possess that same level of familiarity (12%). Pastors with doctoral degrees are the education level most likely to be very familiar (43%), and those with no college degree are the least likely (8%). Pastors without a college degree are also the most likely to say they’ve never heard the term before (27%).

Deconstruction zone in the pews

Among pastors who are familiar with the concept of deconstruction, around a quarter say they’ve recently seen the effects in their congregations. 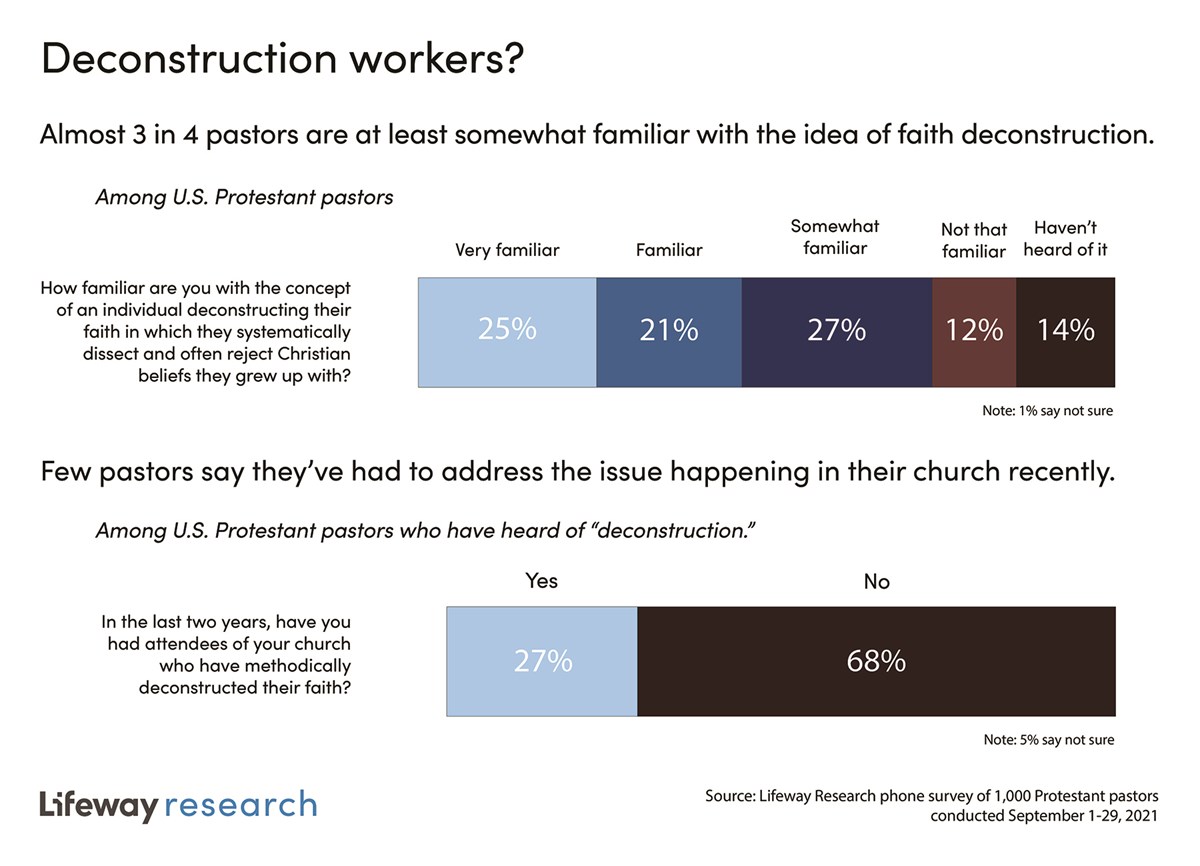 More than 1 in 4 (27%) US Protestant pastors who have heard the term before say they’ve had attendees of their church who have methodically deconstructed their faith in the past two years. Close to 7 in 10 (68%) say that hasn’t been the case for them. Another 5 percent aren’t sure.

“The use of the term ‘deconstruction’ emerged in the last few years and has been used both by those questioning their own beliefs and those desiring to help them find the truth,” said McConnell. “Despite the growing awareness among pastors, it may be easier to find people in the midst of deconstructing their faith on social media than within churches.”

Evangelical pastors who have heard of deconstruction are more likely than their mainline counterparts to say they haven’t had churchgoers deconstruct their faith in the past two years (72% vs. 62%).

Denominationally, Baptist pastors (75%) are also more likely than those who are Presbyterian/Reformed (64%), Methodist (63%), or Restorationist Movement (55%) to say they haven’t seen deconstruction among attendees at their churches.

The deconstructionist trend is also less likely to be happening at smaller churches, at least according to their pastors who have heard of the term. Those at churches with worship service attendance of fewer than 50 are the least likely (16%) to say this has happened to one of their churchgoers in the past two years.

“In Matthew 11, Jesus tells the parable of the sower who sowed seeds to illustrate that people who hear the word about his kingdom react in different ways,” said McConnell. “Some go on to produce fruit, others abandon it immediately and others embrace it for a time before the seed is scorched or choked out. While the number who react in each way may change over time, each response to the message of Jesus’ kingdom persists today.”

Based on a phone survey of 1,000 Protestant pastors conducted September 1–29, 2021. The sample provides 95 percent confidence the sampling error does not exceed plus or minus 3.2 percent. Margins of error are higher in subgroups.