It's the third state to give medical professionals legal backing for refusing to perform treatments such as gender transition.
Markus Miller|July 18, 2022 06:00 AM 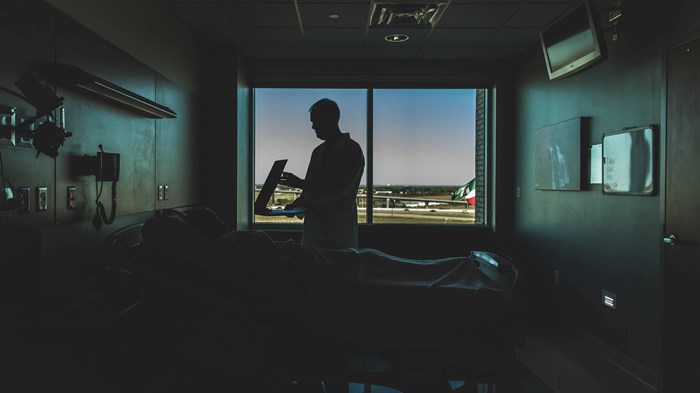 Christian doctors in three states now have legal protections if they choose not to participate in certain medical procedures based on their religious conscience.

Most recently, South Carolina Gov. Henry McMaster signed into law last month a bill protecting medical practitioners from lawsuits or job loss for declining to perform various medical procedures that go against their religious or moral views. The law does not protect against emergency procedures.

Religious conscience protection laws for health care providers passed in Arkansas and Ohio in 2021. Another went before the legislature in Florida earlier this year.

“We had a number of instances of individuals and doctors being pressured and coerced to participate in medical procedures that violated their conscience,” said Aaron Baer, president of the Center for Christian Virtue, which lobbied for the Ohio law.

Some common practices that these laws have affected include various procedures undergone for the sake of gender transition, end-of-life care, contraception, and abortion.

The Center for Christian Virtue helped draft the clause and built off a preexisting policy from the Ohio State University providing similar protections that the statewide policy brings to their employees. South Carolina’s version of the law, the Medical Ethics and Diversity Act, was drafted earlier this year on the heels of Ohio and Arkansas

A similar rule was unveiled by the US Department of Health and Human Services (HHS) in 2019, as the Trump administration aimed to expand a policy to allow religious health care workers to refuse providing care on the grounds that it violated their personal beliefs. (Some conscience protections were already in place; under the 1973 Church Amendments, institutions and individuals receiving federal funds in health care have not been required to provide abortions.)

However, this rule was blocked by federal courts after a number of lawsuits, and then the Biden administration announced plans to pull the proposed HHS policy.

In a story from NPR, Alex Duvall, a Christian family physician who practices in South Carolina, said he couldn’t condone treatments including giving hormone therapy to transgender patients, and he’s relieved that he can no longer be sued or fired by abiding by his religious beliefs in his work.

It’s a battle of conscience, Duvall told NPR. “It doesn’t mean you don't care about patients and love patients or want to do your best for them.”

As gender transition and transgender patient care have become more common, some Christian medical professionals have expressed concern that they will be penalized if they do not provide such procedures.

“Our fear, as an organization, is we had a temporary reprieve under the Trump administration,” said Dr. Jeffrey Barrows, the Christian Medical and Dental Associations’ senior vice president of bioethics and public policy, in a 2021 CT article. “We are very concerned and expect that we’ll have an increase in lawsuits and threats against our members and other Christian health care professionals if they do not perform some of these surgeries, prescribe cross-sex hormones, or prescribe puberty blockers.”

The HHS issued guidance in March that explains that attempts to restrict access to gender-affirming care could violate section 1557 of the Affordable Care Act. The guidance comes after the HHS announced in 2021 that the antidiscrimination protections within section 1557 also apply to sexual orientation and gender identity. Two lawsuits, one in Texas and one in North Dakota, have opposed the policy on behalf of Christian hospitals and doctors.

Those opposed to the state laws have argued that they provide grounds for doctors to deny LGBT patients necessary care. The American Civil Liberties Union (ACLU) of South Carolina said the state’s bill would “legalize discrimination.” A group of 50 medical practitioners also asked the governor to veto the bill.

Baer says that the Ohio law received widespread support both inside and outside the evangelical community.

“It’s been a year now that this bill has been on the books, and no one has been denied medical services that they need,” Baer said. “But what this does is ensure doctors can’t be forced to do something that violates their beliefs.”