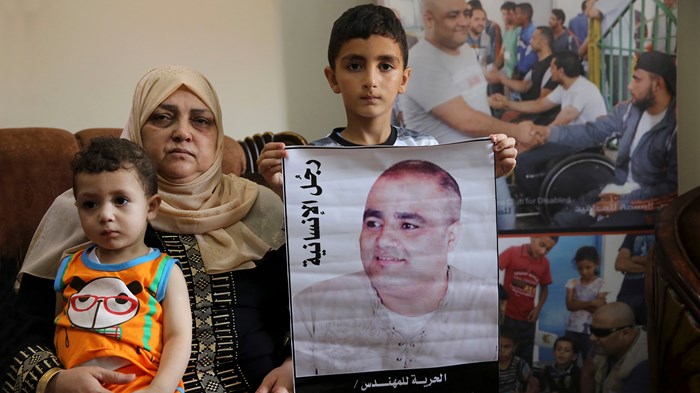 Update (Aug. 30): A World Vision International employee has been sentenced to 12 years in prison in Israel for terrorism. The humanitarian organization says Mohammad el-Halabi’s conviction is unjust and the Israeli court’s ruling is “in sharp contrast to the evidence and facts of the case.”

According to prosecutors, the former director of aid to Gaza diverted funds and resources meant for hungry children and farmers to Hamas terrorists building tunnels and planning attacks on Israel.

Citing security concerns, little of the evidence has been made available to the public. According to Gez, however, “The court left no stone unturned in this case.”

Outside observers have questioned not only the court’s verdict, but even the plausibility of the allegations. An independent audit of World Vision’s finances found no missing funds. The US Agency for International Development and the Australian and German governments investigated and found no evidence of wrongdoing. The audits concluded that Halabi did not have access to the amounts of money the government said he gave to Hamas.

Halabi, who has been in jail for six years as the trial dragged on, did confess to some of the charges after he was arrested. He has since claimed he was under duress and he is innocent. The confession itself is classified.

He was convicted in June. The full text of the verdict is also classified.

“The arrest, six-year trial, unjust verdict and this sentence are emblematic of actions that hinder humanitarian work in Gaza and the West Bank,” World Vision International said in a statement on Tuesday. “It adds to the chilling impact on World Vision and other aid or development groups working to assist Palestinians.”

More than two million Palestinians live in Gaza, and roughly half of them don’t have enough food to eat. The area has been blockaded by Israel and Egypt since Hamas—designated a terrorist organization by the US government—took power in 2006. World Vision discontinued work in Gaza when Halabi was arrested in 2016.

Israel’s Foreign Ministry has said it is “committed to cooperating with and facilitating the work of aid groups, including World Vision, in a way that didn’t violate security considerations.”

Halabi is expected to appeal.

Original post (June 15, 2022): An Israeli court convicted Mohammad el-Halabi, former Gaza director for World Vision International, on terrorism charges Wednesday. The Beersheba District Court ruled that he is guilty of being a member of a terror organization, providing information to a terror group, taking part in forbidden military exercises, and carrying a weapon.

Halabi has not yet been sentenced. He is expected to appeal the ruling.

Halabi’s attorney, speaking to reporters immediately after the verdict was handed down, rejected the fairness of the judgment of the court.

“All the judge said, if I want to summarize it in one sentence, [was]: ‘The security forces cannot be wrong, they are probably right,’” Maher Hanna said.

Israeli state prosecutors accused Halabi of aiding Hamas terrorists by diverting millions of dollars from World Vision International to arm militants in Gaza. Halabi and his supporters adamantly denied these charges and claim the Israeli authorities were merely looking for a way to disrupt humanitarian aid that was going to Palestinian children.

World Vision has defended Halabi, arguing the available evidence does not support the government’s claims the former director supported terrorism. He did not even have access to the amount of funds that authorities said he gave to Hamas.

On Wednesday, the humanitarian aid group reiterated its “significant concerns about this case” and acknowledged “with disappointment the decision issued by the Beersheva District Court.”

The statement went on to say that “in our view there have been irregularities in the trial process and a lack of substantive, publicly available evidence. We support Mohammad’s intent to appeal the decision, and call for a fair and transparent appeal process based on the facts of the case.”

The text of the verdict is classified. A condensed version, released to the press, said the judges determined that Halabi was recruited by Hamas in 2004 and sent by his handlers to infiltrate World Vision.

Observers were looking to see whether the verdict will reveal more evidence from the trial, where few details of the case against Halabi were revealed, with prosecutors citing national security concerns.

The public version of the verdict, however, relied heavily on Halabi’s confession, which he has since tried to take back, saying it was coerced by security forces.

“The defendant’s confession, given in various ways, is detailed, coherent, with signs of truthfulness,” the three judges wrote in their decision. They dismiss his retraction, saying his explanations for why he falsely confessed were “unlikely.”

The judges also wrote that they had additional information corroborating the charges—but it too is classified. Sources familiar with the prosecution told CT that a disgruntled former World Vision employee and fellow prisoner testified that he heard Halabi confess to the crime he was accused of.

Most of the government’s case against Halabi was presented in closed hearings. Hanna was also not allowed to see all the evidence against his client. In some cases, he told CT, he was shown only copies of documents and not allowed to take notes.

The trial—which has dragged on for more than half a decade—has been widely condemned by human rights advocates. The Office of the United Nations High Commissioner for Human Rights said it was “not worthy of a democratic state.”

After repeated delays in the trial, the verdict was also drawn out without explanation. Closing arguments were completed in October 2021. The verdict was not given for another eight months. It is unclear if there is any explanation for that, but The Jerusalem Postreported that the Israeli High Court ran out of patience, ordering the Beersheba District Court to issue its verdict by June 16.

After Halabi’s indictment in 2016, World Vision hired Deloitte and DLA Piper, one of the world’s largest multinational law firms, to conduct a forensic investigation, looking for the missing funds the Israeli authorities said had been diverted to terrorist activity. The investigators looked at more than 280,000 documents, interviewed more than 180 people, and probed every aspect of World Vision’s Gaza operation between 2011 and 2016.

The firm’s conclusion: There was no evidence that Halabi did anything wrong.

Brett Ingerman, the attorney who headed the audit, told CT that “the investigation did not find even a hint of funds being diverted to Hamas or any schemes or collusions involving other World Vision employees or third parties.”

They also did not find “any material evidence suggesting he was affiliated with, or worked for, Hamas,” he said.

World Vision shared the findings with governments that donate to World Vision and offered the report to Israel. Israeli authorities did not accept the terms of the offer, however, and have not commented on the audit in the process of the trial.

Additional reporting from the US Agency for International Development and the Australian and German governments corroborated the results of the independent audit, saying they also found no evidence of wrongdoing.

When the district court handed down its verdict on Wednesday, it said the details were “confidential and cannot be made public.”

Michael Lynk, former United Nations special rapporteur, who has tracked human rights issues in the Palestinian territory since the 1960s, said the case was undemocratic and the prosecution’s evidence questionable and legally suspect.

“Franz Kafka would feel right at home writing about this trial,” he said.

The organization, which suspended all aid to Gaza after Halabi’s arrest, also hopes to restart operations to help the more than 2 million people who live on the strip of territory on the Mediterranean coast under a military blockade that has been in place for nearly 15 years.

Founded in 1950, World Vision is one of the world’s largest charities, operating in nearly 100 countries, with an annual budget exceeding $3 billion.

“We are saddened that our work helping Gaza’s most vulnerable children has been disrupted for so long, and we hope to return to Gaza,” Wednesday’s statement said. “We remain committed to improving the lives of vulnerable children in the region, and hope we will be able to advance our humanitarian work in the context of our longstanding cooperation with the relevant Israeli and Palestinian authorities.”

Halabi’s sentencing is set for July 10.