Overturning Roe v. Wade draws attention to what they’ve known all along: There’s much more to upholding life than banning abortion.
Amethyst Holmes|June 29, 2022 06:00 AM 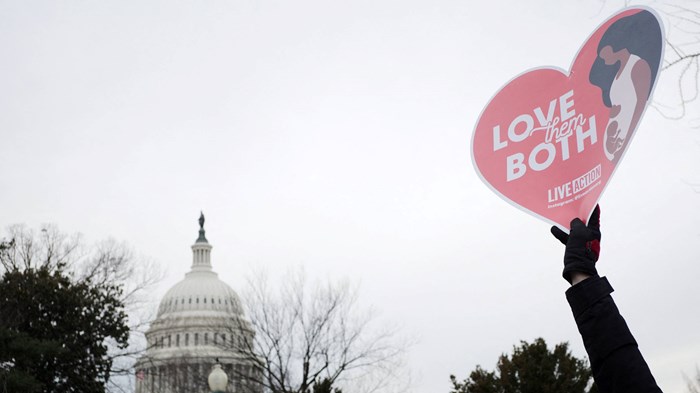 For many white evangelicals who led the pro-life movement, the end of Roe v. Wade marks a long-awaited and celebrated outcome. But for Black Christians whose political views on life extend beyond a single-issue fight, the sentiment is more mixed.

As the founder of Pro-Black Pro-Life, Cherilyn Holloway sees how Black Christians may agree with valuing life from a theological standpoint and are open to a “whole-life” perspective yet they reject politically conservative policy stances. For them, the racial disparities and injustice impacting abortion need to be prioritized too.

“To live abundantly, we have to be able to acknowledge the systems that have been put in place to keep us from doing that,” said Holloway.

While the abortion bans that go into place after the Dobbs v. Jackson Women’s Health Organization ruling may result in more babies born, Black Christians continue to call attention to so many other overlapping factors that threaten Black lives in pregnancy.

“It’s not quite as simple as some folks make it out to be. Having the baby isn’t the only issue, and abortion isn’t the only issue,” said Justin E. Giboney, president of The And Campaign. “There are a lot of other factors that go into that when it comes to policies like paid family leave, health care issues—which this country still has not dealt with adequately. Those also play into the conversation.”

Black women are three times more likely to die from pregnancy-related causes than white women, and their babies are twice as likely as white babies to die before their first birthdays. Racial disparities persist across nearly every measure—from income for covering childcare to quality of education.

A promotional video for the campaign’s Whole Life Project says, “When Black women who have chosen to carry their child to full term are still at risk of death, we must lead with a more compassionate posture.”

Efrem Smith, co-lead pastor of Midtown Church in Sacramento, says he and many other Black pastors aren’t represented in mainstream conversations around abortion because there’s not much room to simultaneously value life from a theological perspective and address the structural racism and inequalities faced by Black women in particular. Smith’s church is a multiethnic congregation in the Evangelical Covenant Church.

“It’s not an easy place to land,” he said. “The dominant culture has tried to force Black Christians into a pro-life, pro-choice paradigm.”

The reality, to Smith, is far more nuanced. He believes Black Christians are at their best when they can stand for life while also speaking out for “our liberation and empowerment at the same time.”

Smith points to the historic position of Black women in America. They haven’t had the opportunity to “choose life” when their own lives have been put in danger at the hands of others, whether through slavery, lynching, sexual assault, violence, exploitation, or inadequate health care.

Yet the largest historically Black denomination, the Pentecostal, 5-million-member Church of God in Christ (COGIC), takes a pro-life stance against abortion. One of its bishops, Vincent Mathews, spoke last year at a prayer event around Dobbs held by the Family Research Council.

Presiding COGIC bishop J. Drew Sheard stated earlier this year, “We acknowledge the disproportionate damage abortion has caused to the black community—particularly to women—and long to see women in crisis and children in need genuinely cared for.”

While the 2.5-million-member African Methodist Episcopal (AME) Church has historically opposed abortion, except in cases to save the life of the mother, the church’s health commission spoke out on Dobbs in favor of “reproductive justice” for Black women, including access to abortion. Similarly, progressive Black clergy with the Samuel DeWitt Proctor Conference criticized the ruling and pledged to mobilize against it.

Whether opposed to abortion or in favor of abortion rights, Black believers see their faith communities playing a crucial role in the response. Smith in California sees that overturning Roe represents a critical time for predominantly Black houses of worship to be recognized as epicenters of mutual aid in their communities.

“The Black church, because it was birthed out of slavery, has always had some version of an extended family or a village within it,” he said. “The Black church is willing to say, ‘Regardless of the circumstances around how you got pregnant, if you have that baby, this church will be your family.’”

His multiethnic congregation is preparing to extend spiritual care in the wake of the decision. It has partnered with licensed counselors and health professionals and will connect members to available services.

Midtown Church is not alone. Many Black congregations offer similar outreach, and Giboney with the And Campaign said he could see more Black churches discussing new strategies to provide support to women and children in response to the Supreme Court’s decision.

“Christians who are Republicans and Democrats and all over need to be advocates for these women if we truly want their flourishing,” said Giboney, an attorney and political strategist. “It’s not just about winning on the issue but putting skin on the policy, not isolating one policy but recognizing all the factors that play into a woman’s decision.”

CT previously featured Cessilye R. Smith, a Black Christian woman who set out to address infant and maternal mortality among women of color with a free maternal health clinic and birthing center. “When the public eye sees the pro-life movement fighting to end abortion without looking at the root,” she said, “then you will always get the side-eye from the black community.”

“We don’t want condemnation. We want grace,” she said. “We want also for people to understand if they get themselves in a situation where they have an unplanned pregnancy, they shouldn’t have to run from the church; they should be running to it.”

Pew found that Christians from Black Protestant traditions are also the group most opposed to penalizing women who chose to terminate their pregnancies with criminal charges.

Holloway will continue her advocacy work, educating local Black communities about racial equity in health care and ways to support pregnant women and mothers in her home state of Ohio, where the Roe v. Wade reversal triggered a six-week abortion ban.

“We care about the life that is in the womb, but we also care about the man on the street. We also care about these children and where they’re getting their education and health care from and Grandma and Grandpa who are entering end-of-life care and that they’re treated with dignity and respect,” she said. “These are all whole-life issues for us.”

Some Black Christian leaders say they are eager for those who have rallied so passionately for the unborn to join whole-life causes to support women too: pay equity, childcare, affordable housing, mental health support, and health care.

“Every church does not have to do everything,” Holloway said. “Who do we know that we can accelerate some of these things with? They’re sitting in your pews.”

Amethyst Holmes is a freelance journalist based in Washington DC.