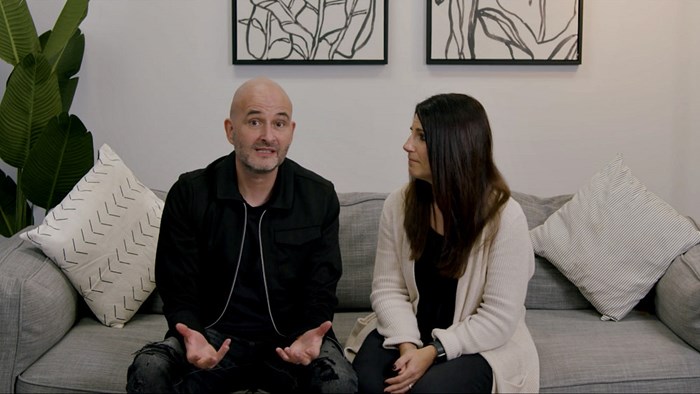 The widow of a legendary Vineyard leader is suing the pastors of a Southern California church for fraud and the alleged misappropriation of $62 million.

Vineyard Anaheim, the “mother church” of the Vineyard movement since it was planted by John Wimber in 1977, left the charismatic denomination without much explanation in March. The current senior pastor, Alan Scott, told the church that the Holy Spirit just led them to split. There were no big disagreements with the national organization, no disputes about direction, and no personal conflicts.

“We don’t really understand why,” Scott said in a recording of a Sunday service obtained by CT. “I wish I really could sit before you today and say, ‘Here are the six reasons,’ ‘Here’s our issues,’ ‘Here are our grievances,’ or whatever. … We don’t always know what’s on the other side of obedience.”

But Carol Wimber-Wong, who cofounded the church with her late husband John Wimber and remained an “active and tithing member” until the church left the Vineyard, has a simpler explanation for what happened. There were not six reasons, she and eight other former members and leaders allege, but 62 million.

The former members claim Alan and Kathryn Scott knew they wanted to leave Vineyard USA but lied about it when applying for the leadership positions at the Anaheim church so they could take control of the $55 million mortgage-free building and $7 million in the bank.

“The Scott Defendants concealed their true intentions,” the lawsuit claims. “Defendant Scotts sought the position as Senior Pastors of Vineyard Anaheim with the deceitful motive of controlling tens of millions of dollars of assets and disassociating with Vineyard USA.”

The former members say that deceit has deprived them “of a church they have long called home” and “caused great emotional and spiritual distress.”

The pastor and board members all voted to hire the Scotts, who had previously led a Vineyard Church in Northern Ireland, in January 2018. They now regret the decision.

According to the suit, the Scotts weren’t originally interested in the position in Anaheim. After leaving the church in Northern Ireland and coming to the US in part so Kathryn Scott could pursue a career in worship music, they decided they were done with the Vineyard.

“It’s not an environment where we would want to plant our lives or raise our girls,” Alan Scott wrote in an email in May 2017, according to the suit. “We have arrived at the painful conclusion that we won’t be a part of a local Vineyard church in the next part of our journey.”

At about the same time, however, the Scotts casually asked Mike Safford, one of the ministers in the church, about the congregation’s assets. Safford reported that he thought it was just “shop talk,” but his wife was concerned about ulterior motives.

Nine months later, the Scotts did apply for the leadership positions at Vineyard Anaheim. According to the lawsuit, they told Safford, now leading a Vineyard fellowship in Tehachapi, California, that they had changed their minds about the denomination. Even if they still sometimes disagreed with the national leadership, they would “never take Vineyard Anaheim out of the Vineyard movement,” they said. They promised they would “honor the history and Carol Wimber.”

The hiring committee didn’t know the Scotts had said they were leaving the Vineyard but did ask several times about their commitment to the denomination, according to the lawsuit. During the interview process, one person asked about the influence of other theology on Alan Scott’s writing and teaching. He responded he was “Vineyard through and through.”

Another person asked about the couple’s association with other charismatic ministries, including Bethel, an independent megachurch in Redding, California. She recalls receiving the same answer: “Vineyard through and through.”

Joe Gillentine, who chaired the hiring committee, claims the Scotts were specifically asked whether they would separate from the denomination. They said that “leaving the Vineyard was never even a question.”

The lawsuit claims the Scotts knew they were going to leave the Vineyard and “planned and maneuvered for several years,” before making their move.

The Scotts have not yet responded to the legal filing but made a public statement in the Anaheim church, now called the Dwelling Place. They also posted a “family update” online.

“We understand that our disassociation from VUSA has caused strong emotions, but we didn’t expect individuals to attribute evil intent in the hearts of Alan and Kathryn Scott,” a written statement says. “The accusations in the complaint couldn’t be further from the truth.”

The Scotts say they hoped to deal with the disagreement “honorably, relationally, and biblically,” and “avoid a public airing of ecclesiastical issues.”

Whether or not the dispute is an ecclesiastical issue is one of the first things the California court will have to decide. According to the 1871 Watson v. Jones Supreme Court ruling, judges cannot weigh in on “a matter which concerns theological controversy, church discipline, ecclesiastical government, or the conformity of the members of the church to the standards of morals required of them.” This is known as the ecclesiastical abstention doctrine or sometimes the church autonomy doctrine.

The former church members told the California court they believe it does have jurisdiction. “This civil action arises from a secular and nonecclesiastical dispute,” the lawsuit says, involving “the business operations” of the church.

Outside the court, the Anaheim church’s departure from Vineyard has prompted debates among charismatic Christians about accountability, spiritual discernment, and the pastor’s authority. Some Vineyard pastors are moving away from the model of decisive leaders, emphasizing instead the importance of collaboration and consensus. Not everyone likes these and other changes.

“The elephant in the room that nobody has wanted to talk about for years is that … the Vineyard movement has walked away from its original core values and mandate,” wrote Duke Taber, a pastor who left the Vineyard after 10 years and started a church in Nevada with Global Awakening.

Taber said to him it seems like Scotts are returning to the Spirit-led independence that Wimber himself preached and modeled.

“It looks like they have returned to Vineyard values and practice,” he said. “John Wimber talked about the need for the pastor to be autonomous and not board ruled and that a church should not be board controlled.”

The Vineyard denomination, for its part, does not make any legal claim to the Anaheim building or bank account. Vineyard USA is not part of the lawsuit and said in a statement that its only involvement has been to offer pastoral care.

After the Scotts announced the church would be leaving Vineyard to follow the leading of the Holy Spirit, a representative of the denomination’s board of trustees begged them to reconsider. He said their account of God’s guidance was “spiritually implausible” and did not meet the biblical standards for discernment.

Other national leaders criticized the move as well.

“God does speak today!” Rich Nathan, pastor emeritus of Vineyard Columbus, the largest congregation in the movement, wrote on social media. “But whenever a so-called ‘leading’ is obviously self-seeking, fundamentally dishonest, lacking in accountable discernment, demonstrably hurts others and especially when money or power is involved, you can rest assured that it is NOT God who is leading!”

According to Carol Wimber-Wong and the other former members of the church, though, the lawsuit isn’t about ecclesiastical issues and questions of proper spiritual discernment. It’s about fraud, $62 million, negligent misrepresentation in the hiring process, and breach of fiduciary duty.

The first hearing is scheduled for April 28.