Despite long-term trends away from religion, Barna Group finds openness in teens.
Adam MacInnis|October 26, 2022 11:14 AM 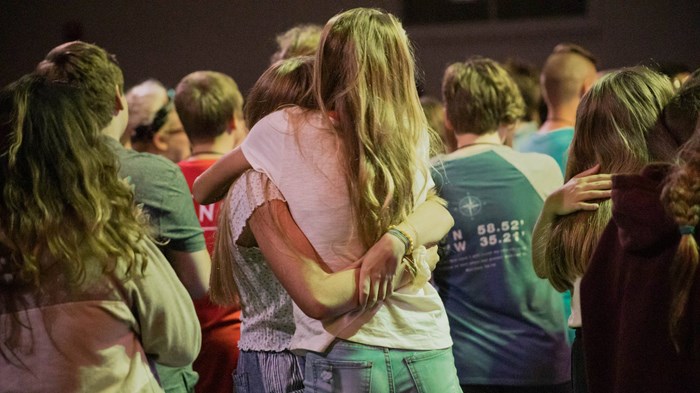 Half of teenagers around the world say that Jesus is loving, trustworthy, and wise.

The evangelical polling firm has released the first part of a three-part study on teenagers from 26 countries around the world, looking at their views on Jesus, the Bible, and justice. It’s the largest survey Barna has done in its 38-year history, working with seven partner organizations to survey nearly 25,000 representatives from Gen Z who are between the ages of 13 and 17.

Barna found that in the United States 65 percent of teenagers identify as Christians—a notably high number when compared to declining rates of religious identity. Globally, 52 percent of teens identify as Christians. Beyond that, the majority of teens surveyed have positive things to say about Jesus, and roughly six out of ten say they are motivated to know more about him.

The study found “a lot of just openness, country over country,” said Daniel Copeland, lead researcher on the project.

“We titled this study ‘The Open Generation’ because that is the kind of glaring thing when you look at this data,” Copeland said. “You don’t see any closedness around the globe. You don’t see any rejection.”

The Barna study is one of a number of efforts to identify the religious commitments of Gen Z. Researchers are curious whether the next generation, typically defined as those born between 1997 and 2012, will continue the trend away from organized religion. The two generations before them, millennials and Gen X, have reported less and less religious affiliation over the years. As Pew Research Center recently reported, the decline of Christianity, in particular, shows no sign of stopping in the US.

But Gen Z could be different. The oldest members of Gen Z were 9 and 10 when Facebook opened user accounts to everybody and 11 and 12 when the housing crisis rocked the world economy. Whether or not those and other big cultural changes have impacted Gen Z—and if so, how—remains an open question for researchers. Studies like Barna’s are just beginning to probe.

This study focused on those who are currently teenagers, cutting off the oldest members of Gen Z, but the evangelical researchers said the data collected in the global survey was “hopeful.” Not only do about 60 percent want to learn more about Jesus, but that same number say they trust the Bible to tell them about him. After Scripture, young people said they would rely on family (60 percent) and clergy (52 percent).

“I think that underscores so many of the positive findings of the study,” Kinnaman said. “Despite all the changes, there are still some real conventional ways in which they’re thinking about religion and the role of community and the role of sacred Scripture and Christianity in their lives.”

In a narrower study released in 2021, Barna found that 70 percent of teens in the US identified as Christian. Eight out of ten of those Christians said it was important for them to share their faith, and they had had a conversation with someone about Jesus in the previous year.

Barna’s research appears to be supported by findings from the American Bible Society. A 2021 study from the latter found that the vast majority of Gen Z say they’re curious about the Bible and two-thirds reported they wanted to read the Scriptures more.

Not all the available survey data agrees, however. The Survey Center on American Life found that Christian identity among Americans had dropped eight points from millennials to Gen Z, with only about 56 percent of those born after 1996 saying they were Christian. More than a third told the Survey Center that they were religiously unaffiliated “nones,” continuing the trend that many religious surveys have seen.

It’s not clear why Barna found more Christians than other surveys, but researchers say that even with this very optimistic picture, there are some dark spots. About half said they didn’t believe the Crucifixion was a historical event, and only a third said they believed Jesus rose from the dead. Nearly a third say they think Christians are hypocritical.

It’s possible that some from Gen Z who identify as Christians will lose their faith in the years to come. In a previous report, Barna found that 57 percent of millennials who were raised Christian dropped that religious identity later. Copeland said the reality is that some of the Gen Z teens’ hardest and most spiritually challenging years are still ahead.

“Are they following the trends of millennials, or are they plotting their own path?” Copeland said. “It’s kind of hard to say, but what we recognize is that they represent a really unique cultural moment.”