Overall, most churchgoers—including most white evangelicals—returned to the pews after the pandemic, survey finds.
David Roach|January 9, 2023 10:00 AM 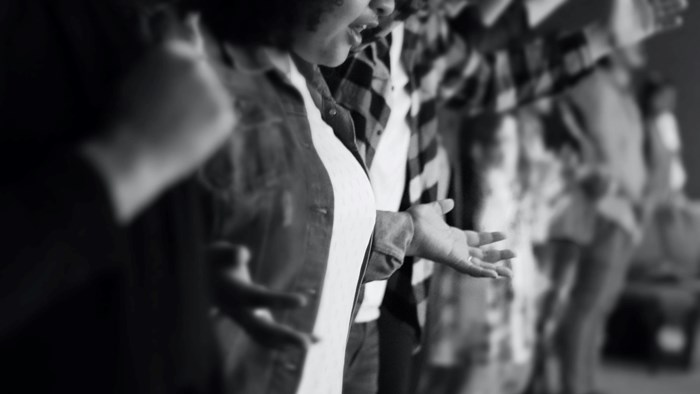 Despite the short-term upheaval COVID-19 caused among American churches, the pandemic’s long-term effect on worship attendance patterns was minimal, according to a study released Thursday by researchers at the American Enterprise Institute (AEI) and the University of Chicago. The biggest exception to that trend occurred among young adults, whose church attendance took a major hit.

“Young people, those who are single, and self-identified liberals ceased attending religious services at all at much higher rates than other Americans did. Even before the pandemic, these groups were experiencing the most dramatic declines in religious membership, practice, and identity.”

Two-thirds (68%) of Americans reported the same level of church attendance both before and after the COVID-19 pandemic. Yet pandemic-accelerated declines among some groups left US church attendance down overall.

Those findings were drawn from the 2022 American Religious Benchmark Survey, which polled 9,425 Americans by phone and online between February and April 2022. To help researchers focus on pandemic-driven changes, the study included only individuals who had registered their religious affiliations and church attendance patterns in a previous survey between 2018 and March 2020.

COVID-19 may not have been the only factor driving young adults away from church. According to a Gallup poll released in December, American religion already was trending in that direction. More than a third of Americans surveyed said they have stopped attending religious services regularly in their lifetimes.

Thirty-one percent said they attend services weekly or nearly weekly now, but 67 percent reported attending with that frequency when there were growing up. Those findings are consistent with prior Gallup research “documenting steep declines in US religiosity in recent decades,” the polling organization stated.

The latest American Religious Benchmark Survey dovetailed with previous research at many points, but the pandemic’s unique impact on the young appeared to be a departure from some previous findings. CT reported in January 2022 that older and younger Americans both were more likely than middle-aged Americans to have experienced attendance drops during the pandemic.

Now senior adults apparently have come back to church even though their younger counterparts have not. According to the new survey, fewer Americans ages 65 and older changed their pre-COVID-19 church attendance patterns than any other group.

Single adults and self-identified liberals decreased their church attendance significantly as well. Before the pandemic, 30 percent of adults who had never married said they never attended religious services. That jumped to 44 percent by spring 2022. Among married adults, the percentage jumped from 22 percent to 28 percent.

The rate was lower among Black Protestants and Hispanic Catholics. Just 61 percent from each of those groups reported the same level of religious attendance before and after the pandemic.

Across all groups, nominal religious adherents were more affected by the pandemic than their highly committed counterparts. Before COVID-19, 26 percent of Americans said they attended religious services at least once per week. That figure dropped just two percentage points to 24 percent by spring 2022. In contrast, the number of Americans who reported never attending religious services increased eight percentage points over the same time period (25% to 33%).

“At least in terms of religious attendance, the pandemic appears to have pushed out those who had maintained the weakest commitments to regular attendance,” the study’s authors wrote.

While church attendance patterns changed over the course of the pandemic, religious affiliations remained stable. The percentage of Americans identifying as religiously unaffiliated (25%) was identical before and after the pandemic, as were the percentages identifying as white evangelical Christians (14%), white Catholics (10%), Black Protestants (9%), and Jewish (1%). A few affiliations declined by one percentage point during the pandemic: white mainline Christians (17% vs. 16%), Hispanic Catholics (6% vs. 5%), and Mormons (2% vs. 1%).

That’s hopeful news, says Cox, AEI’s senior fellow in polling and public opinion. It means religious groups have an opportunity to reconnect with people who continue to identify with a religious tradition despite their lack of participation. “These are the people who haven’t completely separated,” Cox told Religion News Service.

But reaching them will require being “hyper-intentional” about inviting the uninvolved to attend and serve, said Scott Thumma, director of the Hartford Institute for Religion Research at Hartford International University.

“What happened in the pandemic is that all of us were huddling in the basement, while a tornado was going over our heads,” he told RNS. “Now everyone has come out of the basement and everything is completely different. Now we have to be intentionally creative.”