Elevating Christ in a culture that sees all religions as equal.
Tim Keller 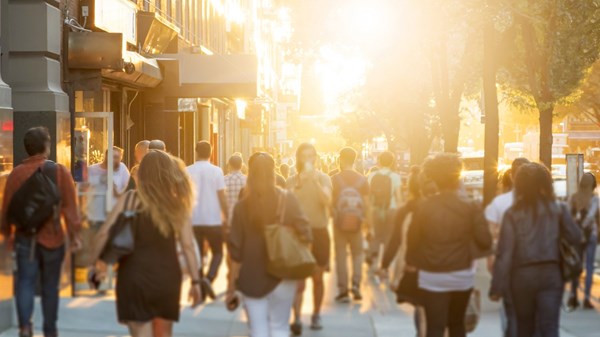 A Muslim cleric and I were on a discussion panel a few years ago, describing the essence of our two religions to college students. The Muslim explained there is no god but God, and that asserting Christ's divinity is blasphemous. I explained that Jesus Christ's claim to be the unique God is the core of Christianity. But then a student stood and responded, "I don't see any difference between the two."

The cleric and I explained the differences again, but we could not convince the young man that if one of us was right the other must be wrong. Religious pluralism had taught the student he must never claim that one religion is superior to any other. Such claims are to be categorized quickly as intolerant and exclusionary.

Following the World Trade Center tragedy, unchurched New Yorkers began looking for churches that would address their pain and questions. Redeemer Presbyterian Church has been like flypaper, attracting and keeping those that would normally stay away from Christianity.

While skeptics and unbelievers have always been a significant part of Redeemer's congregation, now nearly 30 percent of our attendees are non-Christian. Many of them are steeped in religious pluralism and have little patience for claims of Christianity's superiority.

Maintaining my ministry to people of a pluralistic culture requires me to preach in a way that neither forsakes the truth of Christianity nor needlessly alienates those raised to assume a plurality of religions.

One of a kind

I don't directly make the naked claim "Christianity is a superior religion," and I certainly don't malign other faiths. Instead, I stress Christianity's distinctiveness.

My father's pastor recently provided a living example. My mother had suffered a stroke, and my father needed someone to lean on. His pastor sat with him for hours in the hospital, ministering not with profound answers, but simply with his presence.

In the same way, Christianity does not so much offer solutions to the problem of suffering, but rather provides the promise of a God who is completely present with us in suffering. Only Christians believe in a God who says, "Here I am alongside you. I have experienced the same suffering you have. I know what it is like." No other religion even begins to offer that assurance.

After the World Trade Center tragedy, between 600 and 800 new people began attending Redeemer. The sudden influx of people pressed the question, "What does your God have to offer me at a time like this?"

That's worded carefully as a way of saying, "Other religions tell you many good things, too. But Christianity is the only one that tells you this. If you deny this, then you lose a valuable spiritual resource."

Pluralists get stumped by that because they realize that they want the distinctives of Christianity—a God who has known human pain, salvation by grace, and the hope of heaven—in their times of need.

But then, this is New York. They know that when I consistently say, "Only Christianity tells you this," that I'm suggesting that it is greater than the other religions. Their defenses begin to rise. How dare you say your religion is superior to any other?

That's why on occasion I address directly the weakness of pluralism's foundations.

About every other week, I confront popular pluralist notions, not with an entire sermon, but with a point here and there.

For example, pluralists contend that no one religion can know the fullness of spiritual truth, therefore all religions are valid. But while it is good to acknowledge our limitations, this statemement is itself a strong assertion about the nature of spiritual truth. A common analogy is cited—the blind men trying to describe an elephant. One feels the tail and reports that an elephant is thin and flexible. Another feels a leg and claims the animal is thick as a tree. Another touches its side and reports the elephant is like a wall. This is supposed to represent how the various religions only understand part of God, while no one can truly see the whole picture. To claim full knowledge of God, pluralists contend, is arrogance.

I occasionally tell this parable, and I can almost see the people nodding their heads in agreement.

But then I remind them, "The only way this parable makes any sense, however, is if you've seen a whole elephant. Therefore, the minute you say, 'All religions only see part of the truth,' you are claiming the very knowledge you say no one else has. And you are demonstrating the same spiritual arrogance you accuse Christians of."

Only being good is bad

The young man at the college discussion insisted there was no difference between Christianity and Islam because, he said, "You both say we should just try to obey God and live a good life."

Christian preaching too often gives pluralists reason to see it that way.

In the book Nature of True Virtue, Jonathan Edwards demonstrates that most moral people are complying to ethical standards mainly out of self-interest, pride, and fear. He called this "common morality" and contrasted it with "true virtue," which flows from a life transformed by experiencing God's grace. Edwards discerned a loving and joyful heart that acted not out of superiority, nor fear of consequences, but out of delight in God for the beauty of who God is in himself.

There is a kind of preaching that exhorts people to moral behavior without rooting its motivation in the joy of God's beauty or Christ's grace. When that is the case, the pluralist sees no distinction between Christianity and other religions. My preaching, therefore, aims for the type of transformation that even a pluralist can't deny.

This shift has changed the content of my sermons. If I had preached on lying ten years ago, I might have said, "Don't lie. Tell the truth because Jesus is truth. And if you have lied, Jesus will forgive you." That appeal stops at changing external behavior.

Today I might preach: "Let me tell you why you're not going to be a truthful person. I lie most often to avoid others' disapproval. If I just try to stop lying, it won't work because my need for others' approval overwhelms my good intentions. I allow other people, instead of Jesus, to determine my worth. If you want to stop lying, you have to find what is motivating your sin—like my tendency to look to others for affirmation—and replace it with the security you can find in Jesus."

The goal is not reformation, but transformation.

Fall of the empire

After September 11, I reread Augustine's The City of God. Rome in Augustine's time was facing something similar to what New York faces. The city had been sacked. It didn't really fall; it had just been violated. It's as if the barbarians attacked to say, "See what we can do?" All of Rome, even the Christians, felt that if the barbarians could do that, there would be nowhere safe.

Augustine's point was that people were confusing Rome with the City of God. They were seeking their security from the wrong place. While pagan Romans might run and hide—which would only make sense with Rome being such a dangerous place to be all of a sudden—Christians should be different. As citizens of the City of God, there are no weapons or bombs that can threaten a Christian's home. For Christians it was illogical, even wrong, to flee Rome when there were so many needs to be met and no threat to a Christian's true security.

So I preached five messages on what it means to be a Christian in New York. There are perfectly good excuses for non-believers to flee this city. But Christians have every reason to stay. That's a distinction anyone can see.

Join the conversation on Facebook
Tags:
Preaching
From Issue:Winter 2002: Preaching to the TimesJanuary 1, 2002