Finding the Right Applications for Your Audience

The hardest part of preaching, by far, is the application. It's one thing to say, "Love God and love your neighbor." It’s another to show people what that looks like. But the more specific you try to be, the more likely you are to say things that God never intended.

How do we wisely bridge from the Bible text to today's situations? Sometimes the biblical context comes straight over into modern situations. For example, Jesus says, "Love your enemies." So we can preach: "Do you have enemies? Love them." But then, turning the page, Jesus says, "Sell all that you have, give to the poor, and follow me." Try applying that straight up. Below you will find articles on the application of Scripture. They will give you tools to preach with greater fidelity.

Finding the Right Applications for Your Audience

How to make sure your listeners can apply what you've preached.
David Mains 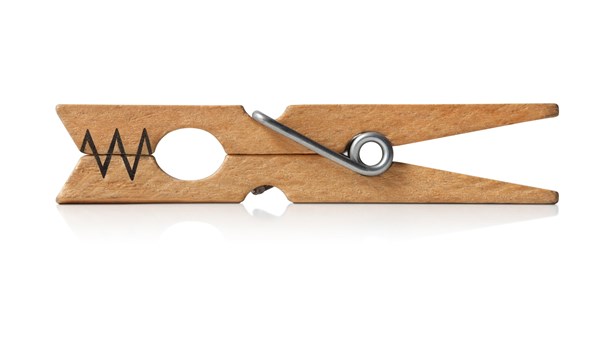 What's the toughest part of preaching? The application. Without making light of the importance of exegesis and hermeneutics and audience analysis and delivery and all the other aspects of preaching, those elements are normally handled pretty well. It's the applications that preachers struggle with.

And when the application is missing or unclear, the preacher has lost an opportunity, and the audience has most likely missed the point.

The problem can actually be solved quite quickly when, early in message preparation, a minister learns to consistently find the answers to four simple questions.

By the time pastors are ready to preach, most know the answer to this question. A few consistently share too many ideas with no integrating basic thrust, but most are good at zeroing in on a recognizable theme. Congregations are generally just as adept at recognizing the basic topic of their pastor's sermon. So far, so good.

2. What response is called for?

Suddenly, there is a dramatic falling off. I estimate that 80 percent of the sermons I hear fail to call for a clear response. That's in spite of the fact that most biblical texts have an obvious response that could be referenced.

The 66 books of the Bible are not primarily informational. They expect people to do something—to live a life worthy of the Lord, for instance—to obey the commandments; to look after the poor and the powerless; to honor the covenant; whatever.

All too frequently, however, sermons fail to make clear the response being called for. Because of this failure, a listener can seldom answer the question, "In what way will I be different as a result of hearing this message?"

"What did your minister preach on last Sunday?" I asked a woman recently.

"The sermon was about Peter's preaching on the Day of Pentecost" was the reply from this alert and committed Christian. So I asked the follow-up question:

"And what response was called for?"

"We were challenged to be a bold witness for Christ."

Wonderful—she knew the answers to questions one and two, the sermon subject and response. Then I asked if she knew how to be a bold witness for Christ. After a pause, she said, "I haven't a clue!"

This scenario is not unusual. Sunday after Sunday many people leave church challenged to love more, give more, or serve more. But when pressed, they aren't able to identify a specific way to do that. And without a way to do it, not much is likely to change.

Few ministers have been taught to think in terms of "how-to's," and frankly, these are seldom found in the biblical text.

Yet the truth is, when congregations are challenged to make even as basic a response as spending more time in Scripture, we can't assume listeners know how to go about it.

Most believers have probably tried in the past to be disciplined in regard to Bible study and have failed repeatedly. Now they feel guilty.

So to change, they need specific practical steps to follow. We can't assume that merely being told to do Bible study is sufficient incentive and instruction for parishioners to make it on their own.

Question 3 is the hardest one for most of us to get our minds around. Ministers have been rightly taught to be textual, and the "how-to" is almost never found in the text. It's rather obvious why this is so: cultural changes from century to century, and customs from country to country, make for huge differences regarding the specifics of our responses.

Consider, for instance, spending time in God's Word (what if your culture is predominantly illiterate?) or how to overcome a temptation such as lust (who in the first-century church ever heard of Internet filtering?).

Years of preaching with emphasis on clear and practical how-to's has taught me that congregations are as interested in this how-to part of the sermon as they are in the unfolding of the text. Let's admit it, even without tons of additional information, it's not all that difficult to understand most of what the Bible says.

The real problem is what to do with what the Bible says.

I find most pastors have trouble coming up with effective how-to's. So I encourage them to go to their parishioners for help. A simple phone call asking whether this suggestion I'm thinking about is a good one will usually start a discussion that produces an even better solution.

How long do you realistically think it will take for this response to begin to mark people's lives?

Restated: What is a reasonable amount of time to spend on this subject before moving on and preaching about something else? We preachers almost never consider this question. But we should.

Let's say I preach on Psalm 1. The subject of this short passage is the person who is blessed by God. The response being called for is to get counsel from the right source, not from wrong sources.

Do people get counsel from bad sources today? Obviously yes.

Do they know how to get their counsel from the right source, which in this passage equals God's Word, and specifically, how to meditate on the words and wisdom of Scripture?

In truth, most really don't know how.

So how long will it take to teach a congregation to meditate on God's Word? When I've asked this question in our Mainstay Ministries conferences, ministers usually estimate between four to six Sundays.

And what about learning how to be discerning regarding the negative input people get from books, magazines, newspapers, movies, television, friends, the Internet, and so on?

Ministers usually estimate that a minimum of another four to six Sundays is necessary.

Question: So how many sermons will the average minister preach on Psalm 1?

That's because usually no consideration is given to the "how long" question. This doesn't mean you have to spend 8 to 12 Sundays on one short psalm. Alternative texts can be used. But for people to learn the lessons of Psalm 1 will require more than one sermon.

Regardless of the approach—expositional, topical, storytelling, first-person narrative—the four questions are generally adaptable. If listeners hear the answers to these questions in a sermon, they will be able to use the content in life-transforming ways.