Each other.
By Beverly Hislop 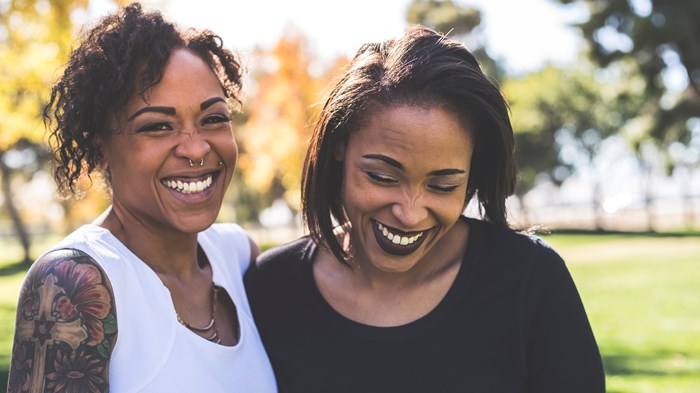 "The most humiliating day of my life was the day I walked into my doctor's office. I looked around, alone and ashamed. My face grew hot, and I whispered, 'I came for an AIDS test.'"

Pam was sharing a painful season in her life, but more than that, she was confronting the pain of being wounded and the subsequent loneliness of feeling isolated from her church.

"After my husband walked out on our twenty-year marriage for another woman, I was devastated," she told me. "I wish someone from the church expressed care, understanding, or support. But instead people avoided me. No one called or came to pray with me. After meeting with Pastor, I realized even he had no clue how much pain I was in. I rarely go to church any more. It hurts too much."

I wished Pam lived closer, so she could find a church like ours that was finding new ways to comfort broken people.

At Western Seminary I teach a class called "Women in Pain." Each school term I hear students tell stories of wounds—divorce, widowhood, abortion, infertility, death, sexual abuse. Women often tell me my seminary classroom is the first place they could admit their source of hurt and feel accepted and understood.

Women need to talk about their pain with someone who understands, to get it out in an affirming environment before receiving direction. Empathetic listening skills are critical. Understanding is essential. Women desperately need the comfort only other women can give.

I have discovered that once my students hear the story of a woman who has experienced the pain of abortion, divorce, or domestic violence, they begin to grow in compassion. They open their hearts for a deeper understanding of the pain, and an eagerness for helping those who feel it.

At the same time, a woman who has had the opportunity to share her own story of pain in a safe environment also grows in healing and compassion. A woman who has overcome intense hurt often feels an intense desire to help those with similar wounds.

I began to see my students as Titus 2 at work. In that passage, Paul exhorts Titus to train the older men, the younger men, and the older women. But Paul directs the older women of the church to take charge of training the younger. My students were demonstrating that a woman inexperienced with a certain emotional wound could find great comfort and guidance from another woman who had experienced it. Paul's instructions addressed exactly what our church was missing—an empathetic friend and mentor our hurting women could turn to.

I began to wish we had a group of women who had experienced divorce (for example), received grace and healing, and were available to help other women through this kind of pain; women who had felt the tremendous pain and could say, "I've been there, I want to help."

This was the very element my friend Pam was missing. We needed to bring this concept from my classroom to my church.

Connecting women with each other

Our first step was to uncover the often hidden hurts that our church's women were dealing with. We conducted an unusual survey. Beside a long list of emotionally painful issues, respondents could check either "need help" or "can give help."

The responses surprised many. We had no idea how many women were presently experiencing, or had in the past experienced, emotional trauma.

Once the results were tallied, we informed our church of the top five needs and our desire to address those needs in the coming year. Then we issued a general invitation, while also hand-selecting women to take part in a training seminar. We personally invited women we saw as potential shepherds—women who had experienced intense emotional pain, who had been restored to emotional health, and who were willing to help others with similar pain—who had answered "can give help."

The focus of the first seminar was training women to help others. We laid the biblical foundation from Titus 2 for women mentoring women. We also included training in shepherding skills and opportunities for the participants to practice them.

The first seminar lasted three hours. Since then, we have expanded the course to seven hours.

Our next step was to schedule open-invitation seminars, one Saturday morning each month for a year, to address the different expressed wounds. Any woman who had experienced the subject covered was invited to attend such seminars as "Understanding the Pain of Stress" or "The Pain of Divorce."

Most of our instructors were women who have been through both pain and healing. Ordinary women, they have allowed God to use their pain to help others.

At the end of each seminar, we provided opportunity for the women to respond and to sign up for follow-up support. The atmosphere freed our church's women to begin sharing their own hurts. It provided a safe place to talk about it with others who understood.

Kati was just beginning to move from shock to anger after her husband died. Carole, a shepherd who identified widowhood as her area of experience, spontaneously connected with Kati. She was able to bring understanding, help, and comfort during Kati's tough months.

Trish was overwhelmed with mothering three preschoolers. Cindy, a trained shepherd who identified young motherhood as her area of experience and health, agreed to spend time with Trish. Eventually they invited other young mothers to their meetings and established a small group ministry for young moms.

A sustained ministry to women

Next we shifted our focus from events to ongoing pastoral care for women.

Teams of women began to form around each pain area. Some were dealing with divorce, others with death or mentoring. We borrowed four categories from Ezekiel 34:4—nourishing the healthy, strengthening the young, caring for the lost, and bringing healing to the injured.

We call these "branches." New ministries are developed as each branch, led by a "branch shepherd," focuses on the best way to minister to its people group—the healthy, young, lost, or injured.

As the needs arise, so do the ministries, and the shepherds. Melinda, for example, was tormented by the isolation she felt from her stepdaughter. A call to one of our shepherds in the area of blended family put Melinda in touch with help and hope.

Carrie, a college student, wanted to learn from an older woman how to grow in her relationship with the Lord. Betty, gifted in mentoring, agreed to meet with Carrie, and they together defined areas where Carrie could grow.

I have dreamed of the church becoming a place where people understand the depths of pain, where they are vulnerable enough to comfort others with the comfort they received. While there may be more kinds of pain than we can ever have shepherds for, those who lend support from an empathetic heart are changing the lives of the women in our church.

We are still looking for someone who can relate to Mary. Her daughter's death left her with a grandchild to raise. Trained shepherds who have experienced loss have come alongside her for now.

Someday I envision Mary offering the understanding she receives today to another grandmother suddenly faced with grandchildren to raise—a grandmother who will find a God-sent answer when she asks, "Does anyone really know what I am going through?"

Beverly Hislop is the team leader of pastoral care to women at Grace Community Church in Gresham, Oregon.

Quick to Listen | 58 min
Why We Can’t Stop Talking about ‘Hipster’ Pastors
Hillsong’s celebrity pastors remind us how style can be both a status symbol and liability in ministry.
Morgan Lee
From the Magazine

She Knew She Was Called to Serve. Then COVID-19 Came.
Aboard a Mercy Ship, a kindergarten teacher asked, “Should I stay or should I go?”
Cara Meredith
Editor's Pick