What it takes to go with Jesus into unlikely parts of the world.
Stephen Brucker 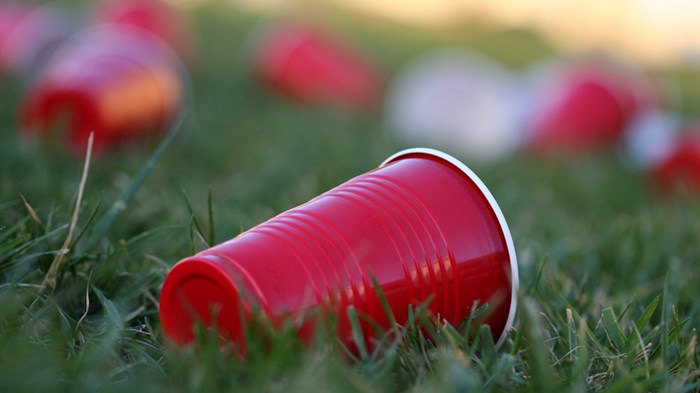 No one told me before I got married that women love to put their frigid feet under a man's sleeping body. Each night, with uncanny precision, my wife slips her ice-capped feet under my calves, hoping I'm not stirred. Tonight the house loses, and the cold moves its way up my legs to my awakened and less than happy face.

Now that we're both alert, a new noise grips our attention. It sounds like a garden hose set to jet spray.

Outside a college boy sees his opportunity to relieve his straining bladder. "Hey, don't piss on the house-parents' apartment," yells a nervous voice in the night cold. Unfortunately, only a time-machine could remedy his folly. Or a lightning bolt from heaven.

The now-fully-awake Italian woman next to me gets up, eyes aflame with aggression, determined to intervene. I know that look. I saw it once when I compared her to my mother. I think a pillow was thrown. Or maybe a large book.

Living missionally in a college fraternity sounds wild and sexy, but now sounds like a malfunctioning sprinkler. What was I thinking? Or better, what was God thinking?

I have often wondered what my life would be like if God answered like a genie all of my petitions and prayers. I certainly would not be here. But the story I hoped to create is not the narrative the ultimate Novelist has penned for my life.

My desire was to work in Resident Life at a Christian college. When my dreams were thwarted, I did what many have done: I worked hard and explored other options. I got a master's degree and did an internship. I worked in campus ministry, learned the vernacular of higher education, smiled at appropriate times, and taught classes for professors I had no business teaching.

In some desperation, I got a job that sent my family to a secular university focusing almost entirely on ministering to fraternities and sororities. Though we knew little of the Greek culture, having graduated from a Christian college, we were excited to learn and acculturate ourselves within the ministry.

Our new boss asked if we would consider becoming house-parents of a fraternity. I laughed. My wife cried. Then she laughed too. But we moved forward, and I sent him my resume, which he promptly informed me to change and delete some of its details. The word development replaced ministry and all my education post-college was erased, making my resume nearly Christ-less. After my revisions he forwarded my email to the fraternity president and set up an interview.

There is nothing quite like being interviewed by three college students for the purpose of becoming their employee. So I tried to be cool, dropped a few pop culture references, and shortened my syllables and slurred my grammar. Contextualization 101. My wife knew what I was doing. She's always seen through my attempts to impress.

Driving home I patiently awaited her negativity. Sometimes I call her Negative Nancy; she responds by calling me Naive Ned. Well played.

But she said, "I have only one question … (pause for dramatic tension). What if they don't want us?"

Though the apartment attached to the fraternity is a bit cramped and in desperate need of repairs, it is our home, our abode for ministry, and the address on my daughter's birth certificate.

I sit down with coffee in hand, staring at students as they meander past my window, wondering what they're thinking. Some are worried about a test, hoping not to get an F, their significance hinging upon their memorization of the periodic table. Others seek the approval of the alpha male, the attention of a future mate, or self-worth from an outfit. Girls flaunt their body; men assert their power; boys hoping to be men, and girls longing for love.

The picture is all too familiar and not unique to my culture. G.K Chesterton once wrote, "Every man who knocks at the door of a brothel is looking for God." Translated to my context: every man who urinates on my apartment is looking for God—that, and an altercation with a fiery Italian who stands for God.

There is nothing quite like being stuck in a smelly fraternity room alongside a handful of freshmen, not knowing what would happen next. My mind went wild, thinking of all the ways this could go wrong. Would they lace food with a psychedelic drug, making me run naked on campus? At least it wasn't cold that particular night. Or would they torture us, probably not by waterboard but maybe eating cat food sprinkled with chili powder?

My goal in becoming an initiated member was to be a better missionary. I wanted to be Greek to the Greek, aligning myself with the people I was desperate to point to Christ. Had I taken this too far?

Yet in the midst of my fear, God met me. In the midst of a night I cannot share in any detail (initiation being a secret and all), I can say that God was present. And I can boast that I am a member of a fraternity, initiated well past my college years. I was neither hazed nor did I compromise my faith. Was the experience perfectly comfortable? Of course not. Yet I suppose mission never is. Mission costs us something, ultimately. It cost the Son of God his very life.

Ministry here has taught me a lot. Over the years I've learned not to use the word frat, which carries an insulting punch that communicates judgment and obvious stereotypes. I've learned that some of the best conversations occur not under the formal study of God's word, but while eating a chili dog at lunch with the guys, knowing you'll die sooner as a result of that devilish delight.

I've learned that fraternity men and sorority women struggle with the same things as any other college student: fear, control, approval, rejection, and identity. And I've learned that when fraternity men want to walk your infant daughter around the block, they're really trying to score a date, using your stroller as an aphrodisiac.

Now, looking back, I'm embarrassed that I believed God had failed me because I couldn't find a job in Resident Life. God didn't fail me. God was preparing me. God was redirecting me. I do work in Resident Life, except instead of living in a dormitory, I live in a large moldy mansion.

It might sound odd, but I like to walk in graveyards with fraternity men. The first time I did it, the look on one student's puzzled face grew with tension as we drove up a narrow hill and parked in the middle of a cemetery. His question was obvious, "What are we doing here?" to which my silence grew even more deafening as we strolled its manicured lawn.

Our eyes darted from gravestone to marbled headstone, all the while breathing in somber air. We sat down on a bench and opened our Bibles to Ecclesiastes 7 and began to read:

We discussed this ancient text. Time flew by as we discussed the taboo, negating the fraternity perception of immortality. We decided to call this group the Dead Man Walking Club, resolving to remember that tomorrow is never promised, and that history moves but in one direction.

Tears are often shed as we talked about our lost brothers—fire kindling in our hearts as we determine to awake from our amnesia and point our brothers toward the Lord of life and death.

On hard days in the fraternity, or when people defecate on my front door (unfortunately true), I remember the God who not merely breaks into my stories but authored them in the first place. On hard days, I remember the ultimate story, the story of Christ's redemptive work, which bookends my daily stories, giving me hope in unanswered prayers, faith in uncertain events, and confidence in my misunderstood role in the ultimate book.

There are many days living in a Fraternity is a nuisance, which calls into question the logic of our missional living. But our story began long before we stepped on stage. That story resided in the knowledge of God, timed perfectly, culminating in the family business of fraternal living; that is, without the keggers and dance moves which make my knees ache.

In the end, life is a carnival ride and most days I'm reminded that I can't control it. Perhaps all I'm called to do is enjoy the ride, laugh often, and seek to keep the chili dogs down, gossiping about the ways of God and his superlative ability to tell his story, even in the context of a fraternity.

Stephen Brucker is associate pastor of The Branch in Corvallis, Oregon.

Lessons I've Learned in the Fraternity

END_OF_DOCUMENT_TOKEN_TO_BE_REPLACED
Already a subscriber? Log in
Read These Next