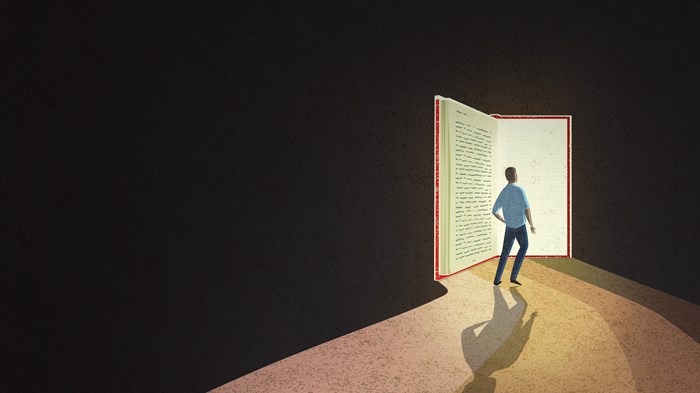 In the mid-1980s, as a new believer fresh out of college, I attended a Sandi Patti concert. I’ll never forget the lesson she taught the audience that night. After recounting her fitful childhood attempts to imitate popular female artists, she admitted that “no one really paid attention until I found my own voice. People weren’t interested in the next someone who already existed. My career took off when I began to sing like me.”

Pastors, too, can fall into an imitation trap. This is especially true today, given that anyone with an internet connection can watch the best preachers across the globe showcase their gifts. But artful, effective preaching isn’t mainly a matter of finding someone you admire and crafting your sermons to fit that mold. At some level, you have to factor in your own unique personality and cultural background. In other words, who you are should inform how you preach.

As ministry experts Matthew D. Kim and Daniel L. Wong suggest in Finding Our Voice: A Vision for Asian North American Preaching, “Every preacher possesses an identity and communicates out of his or her identity.” This isn’t just true within Asian North American contexts. Two other recent books tackle matters of identity in the pulpit: Say It!: Celebrating Expository Preaching in the African American Tradition, an essay collection edited by Moody Bible Institute professor Eric C. Redmond; and Rediscipling the White Church: From Cheap Diversity to True Solidarity, whose author, David W. Swanson, pastors a multiracial congregation on Chicago’s South Side.

Books like these are arriving at an important moment in American church history, when congregations across the country—monocultural and multiethnic alike—are wrestling with how racial and cultural identity play out within communities of faith. Each of these volumes, in its own way, challenges popular misconceptions that mar our understanding of culturally distinct preaching and what it can accomplish. Together, they offer local church leaders a compelling vision of diverse voices delivering one unified message: a credible gospel of faith, hope, and love that resonates with the entire body of Christ, in all of its cultural expressions.

“Most of us can distinguish between preachers from African American, Hispanic American, and European American backgrounds based on their distinct preaching traditions, styles, accents, and cultural traits,” write Kim and Wong. “However, could the same be said of Asian North American (ANA) preachers? Do ANA preachers have a preaching voice?”

Finding Our Voice sets out to explore this question by highlighting distinct aspects of “our unique voice in the world of homiletics.” This voice is shaped by the common experience of many ANA Christians who contend with both the “model minority” stereotype (which emphasizes cultural, educational, and economic assimilation) and the “perpetual foreigner” stereotype (the assumption “that we don’t speak English or that we are from overseas”). In Finding Our Voice, Kim and Wong discuss how these stereotypes create an unsettled feeling of belonging to the majority culture while also standing apart.

As Kim and Wong suggest, ANA preachers can draw fruitfully on this sense of cultural dividedness as they address a multiethnic and multicultural world. The authors encourage an approach that celebrates “our hybrid, hyphenated, both/and, bicultural, liminal, or perhaps even third-culture self-confidence.” The more that ANA preachers lean into this identity, write Kim and Wong, the more they can cultivate a “unique homiletical voice” every bit as robust and distinctive as “other minority groups such as African American and Hispanic American preaching traditions.” ANA preaching, they argue, should regularly emphasize “five key topics: identity, shame and pain, God as Father, reconciliation and healing, and social justice,” since these topics tend to play a major role in predominantly ANA congregations.

For Kim and Wong, the burden of wearing the “model minority” mantle should also encourage a prophetic strain within ANA preaching. Leveraging their own experience in negotiating biased and arbitrary norms of success, ANA preachers can and should speak out against injustice and stand up for the rights and dignity of other ethnic minorities. Moreover, as the authors note, since many ANA congregations are hardly monolithic in terms of race and ethnicity, a prophetic style of preaching has the added advantage of building bridges to different communities of faith.

Of course, neither a heightened awareness of cultural identity nor a special calling to speak out against injustice is anything new to the African American preaching tradition. Traits like these have been instrumental in forging the strong resolve and remarkable resilience of black church communities over the past four centuries. And yet, as Redmond and the other contributors to Say It! make clear, the strength and vibrancy of African American preaching owes at least as much to its firm grounding in biblical exposition.

The book overturns a misconception about the nature of black preaching: that sermons in black churches are heavy on emotional fervor and echoes of the African American experience but are comparatively light on scriptural depth and doctrinal rigor. Say It! offers a strong corrective, exploding the false dichotomy between teaching the Bible and touching the heart. The black church has no less legitimate a claim to the expositional tradition than anyone else.

As Chicago pastor Charlie Dates observes in his preface, “For too long, the study of Christian doctrine, its formulation, and the relationships between those doctrines have been hailed as Eurocentric disciplines.” But we can “no longer consider such preaching the brainchild of eighteenth- and nineteenth-century White America or sixteenth-century Europe. It is wealthier than that.”

Each chapter in Say It! includes a sermon manuscript from the author along with some thoughts on what went into its preparation and delivery. Together, the contributors present a model of preaching that combines solid biblical exposition, appeals to communal identity, and passionate invitations to personally encounter the living God. In so doing, they confirm that there is nothing inconsistent about embracing one’s ethnic culture and preaching tradition while giving an expositional sermon. Within the black church, Dates writes, “several of our most noted voices held both our ethnic value and our Christ [Christian or orthodox doctrine, its formation, and gospel-centered preaching] in the highest regard with no conflict. Who said we had to choose? Who has bewitched us?”

The fundamental goal of expositional preaching is to discern and communicate the intended meaning of a biblical text through historical, grammatical, and literary analysis. Yet as Redmond notes, nothing about this method “require[s] a particular mode of verbal delivery.” African American preachers, then, are free to use distinctively black idioms and speech patterns without any fear of watering down a sermon’s expositional character. “Because expository preaching must speak meaningfully to the preacher’s audience,” Redmond writes, “it seems that such preaching—biblical preaching—allows the preacher to utilize a style or mode of exposition that resonates with his audience’s contemporary concerns and vernacular.”

In important respects, the section about preaching in Rediscipling the White Church differs from discussion of the topic in Say It! and Finding Our Voice. Where the other two books identify a cultural style of preaching worth recovering and celebrating, Swanson’s volume issues a caution about a cultural style of preaching that often goes unacknowledged. Yet his book resembles the other two in challenging a mistaken assumption: in this case, that the preaching done by white pastors isn’t “cultural” in any way—that it’s just preaching, plain and simple.
The blindness of this assumption, he argues, comes in part from belonging to the majority culture and regarding whiteness as the norm.

Swanson calls on white pastors to “dig more deeply into the nature of societal privilege, which shapes white identity.” To this end, he offers four suggestions for reimagining their approach to preaching so that, rather than reinforcing the structures of white privilege, their words open a genuine path toward multicultural discipleship. He isn’t suggesting that white pastors begin preaching on matters of race and justice nearly every Sunday; rather, he’s identifying some areas where he and his brethren have room to reflect and grow.

First, he argues, white preachers should be specific. “In majority white settings,” he writes, “community members should regularly reflect on who they are.” This can be as simple as helping white believers to understand “the differences racial privilege makes,” both in terms of the unearned blessings they enjoy and the harms that are imposed on others. Second, white preachers should educate about racial injustice. “The goal,” as Swanson puts it, “is not to turn sermons into seminars about white privilege, but rather to . . . see ourselves and our situation more accurately” against the backdrop of Scripture and society.

Third, white preaching should remember the full story of American history, especially as it bears on unjust patterns of race relations within our own communities. As Swanson observes, “Remembering can lead white Christians to join the rest of the body of Christ in resisting the forces of forgetfulness.” Finally, Swanson calls on his fellow white pastors to find commonality. “Beyond the practical benefits,” he writes, when “white Christians … find common cause with the [greater] body of Christ, we are moved one step further from our segregation, one step closer to solidarity.”

At a pivotal moment in American history, when matters of color, class, and culture have been driven to front and center, it’s vital that more churches consider racial and cultural identity and how the understanding of such (or lack thereof) influences the exercise of Christian faith. Demographic shifts have remade this country’s racial and cultural landscape, and these shifts are impacting the church. More than ever before, preachers need to develop and refine their cultural intelligence.

That’s why books like Finding Our Voice, Say It!, and Rediscipling the White Church are so valuable right now. Taken together, they reaffirm what these major cultural strains of American preaching have in common: a love of God’s Word and a commitment to studying it deeply, interpreting it carefully, and proclaiming it truthfully. But these books are also clear-eyed in assessing how cultural identity and communal experience invariably shape the style and content of our preaching, for good or for ill. They chip away at ingrained stereotypes and faulty assumptions that keep us from appreciating the fullness of each tradition, both the gifts they offer and the burdens they bear.

Local churches can draw on this wisdom as they work to feature a greater diversity of preaching styles in the pulpit. In fact, many healthy multiethnic churches already employ a culturally diverse preaching team, the better to reach and reflect their communities. In these churches, it’s about content and connection, proclamation and demonstration, unity and diversity. I suspect it will soon be so in your church, as well.

Mark DeYmaz, DMin, is the author of seven books, including Building a Healthy Multi-Ethnic Church and The Coming Revolution in Church Economics. He is the founding pastor of the Mosaic Church of Central Arkansas and the co-founder and president of the Mosaix Global Network.

Outreach
WHO SETS THE PASTORS AGENDA
How to determine where to invest your best energies in ministry.
Steven L. Mckinley
Trending

Preaching
Confront Injustice with the Gospel
The Sunday after George Floyd’s death, I preached Christ’s death and resurrection.
Brandon Washington