Recognizing the effects of my childhood has led me to a healthier mindset as a pastor.
Ike Miller 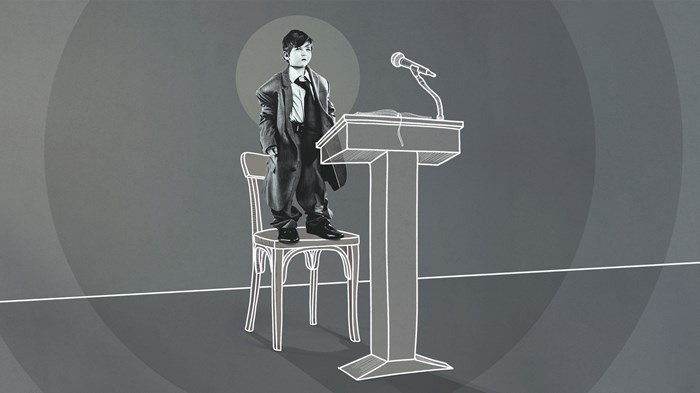 In my third year of seminary, I could scarcely bring myself to request meetings with my professors. I felt immense pressure to prove my conversation warranted their attention. I couldn’t bear the devastation of disappointing them and wasting their time.

I was newly married, and I will never forget the first time I shared this anxiety with my wife, Sharon, who had also been through the program. The concern had never crossed her mind. “You know this is their job, right? We are paying them to meet with us. It’s not like they are doing you a favor by holding office hours.”

The contrast between her nonchalance and my anxiety was profoundly disorientating. How could we see this so differently? What was wrong with me?

The more I thought about it, the more I began to suspect that my fear of disappointing significant figures in my life might have something to do with my father, who was an alcoholic throughout my childhood. I eventually stumbled upon a concept I had never heard before: Adult Children of Alcoholics—and a book by the same title by Janet Woititz.

It wasn’t Al-Anon, or Alateen, but Adult Children of Alcoholics (ACoAs), referring to adults who had grown up with an alcoholic parent. I began to read through Woititz’s 12 common characteristics of ACoAs, and I was stopped dead in my tracks at the very first one: ACOAs guess at what normal is.

This short statement was a life-altering revelation. I was not even aware I had been doing this, but as soon as I read it, I knew it was true. Throughout my life I had so lived in fear of people’s disapproval that I constantly guessed at what a normal human relationship with them would be. I guessed at what I believed they were looking for from me and what I should do to meet their expectations.

Later I would realize how this dynamic had affected my ministry as well. As a young student pastor in my sophomore year of college, I recalled more than a few parents of my students whose intimidating presence paralyzed me. I assumed they were disappointed in me, simply by the looks on their faces. In this pastoral role, I found myself crushed by the inability to meet the endless list of unknown yet presumably reasonable expectations I imagined they surely had of me.

In hindsight, I can now see how little of this anxiety had to do with me, much less anything I had done right or wrong. Like many ACoA pastors, I functioned with little to no awareness of how my own upbringing in an alcoholic home was undermining the effectiveness of my ministry.

Here are a few of the characteristics Woititz lists in her research on ACoAs and how they compound the challenges of ministry.

Once I had a name for these patterns, it helped me understand aspects of myself that I wrestled with for much of my life. It gave a clear and evident explanation for things that confused me early in my ministry. Like many other ACoAs, I finally had some of the answers for why I am the way I am.

Of course, these obstacles are not unique to the experience of ACoAs. Many who have grown up in other dysfunctional household circumstances struggle with its implications for their ministries. Based on my own experience, in conversation with ACoA research and the help of a counselor, here are four truths that have enabled me to be healthier in ministry:

On those days, you have to remember why the yoke of Christ is just so easy and light: it’s because he—unlike you and unlike your alcoholic parent—loves you no matter your accomplishments, and he deals with you with an unsearchable abundance of grace (Matt. 11:30, Rom. 5:17, 1 Tim. 1:12-17).

Ike Miller is the author of Seeing by the Light and holds a PhD in Theology from Trinity Evangelical Divinity School. He is lead pastor and church planter of Bright City Church in Durham, North Carolina, where he lives with his wife, Sharon, and their three children.