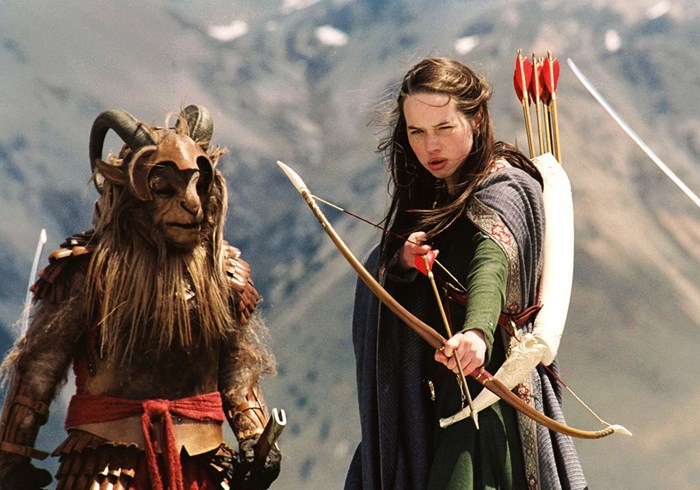 Whether or not fantasy is your shtick, you'd have to bury yourself into a rather large hobbit hole to hide from The Lord of the Rings and The Hobbit, reignited in the 21st century by filmmaker Peter Jackson, or the recent movie adaptations of the Chronicles of Narnia. As Inklings J.R.R. Tolkien and C.S. Lewis returned to the pop culture spotlight, they spurred Christian commentaries such as Walking with Bilbo: A Devotional Adventure Through The Hobbit, The Gospel According to Tolkien, and Finding God in the Land of Narnia.

As we re-examine favorite Protestant thinker C.S. Lewis, though, we're confronted with an aspect of his writing that can make some evangelicals uncomfortable: his portrayal of women. My own experience with this uncomfortable situation was exposed when the best defense I could muster to a male colleague's complaint of Lewis's backward-looking chauvinism was a weak shrug and a mutter about historical context. After all, the girls in Narnia are prone to tears, less than independent, and do not embody the qualities of traditional heroes; therefore, Lewis must be a sexist, right?

Probably the loudest bit of piffle about "the sexist Lewis" started around the 1990s with biographer A.N. Wilson, who complained about Susan's treatment in The Last Battle. Years later, literary critic John Goldthwaite asserted, among other things, that "Lewis feared women and disliked them categorically." Following that, Philip Pullman – ...