Time out: Coaches and parents need to rethink how we talk about gender.
Marta Oti Sears, guest writer 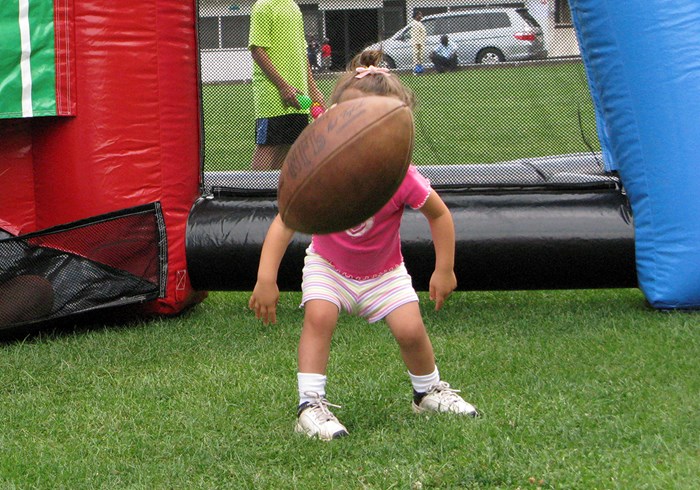 The story caught my attention because it's about sports and justice—two things I'm passionate about. As a coach and parent, I've become increasingly concerned about another form of injustice taking place in locker rooms, living rooms, and around water coolers across the country.

A frustrated middle school boys' coach calls a time out and yells at his players, "You look like a bunch of girls out there! Come on ladies, get your heads in the game!" A dad says to his five-year-old son, "You're throwing like a girl. Let me show you the right way to throw a baseball." A high school football kicker misses a field goal that costs his team the game. The next day, he opens his locker and finds it full of tampons.

There's a common message in all of these scenarios. Femaleness is equated with being weak, passive, and a loser. The accompanying message associates maleness with strength, aggression, and victory.

Sadly, kids and adults are as likely to hear this message at home and at the church picnic, as they are to hear it on the school playground or the local youth sports league. It's the same kind of language we've heard for decades, kids calling each other "sissies" and men calling each other "pussies." But in 2013, we can do better.