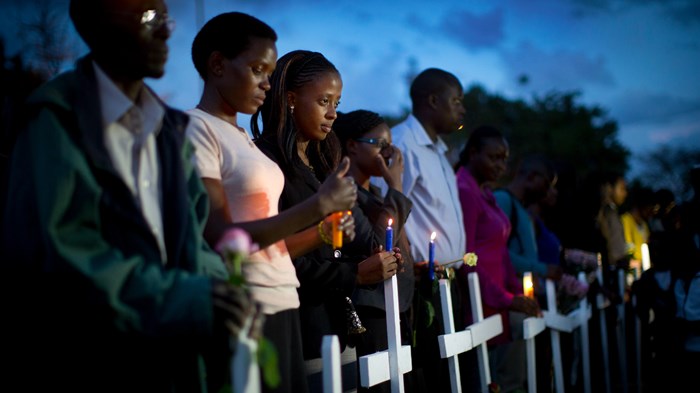 Image: Ben Curtis / AP
Kenyans gathered to remember those who were killed in the Garissa University College attack.

On this past Maundy Thursday, students at a university in Garissa, Kenya gathered to pray before class. Others crammed for exams or finished dressing for the day or scarfed down breakfast. While they went about the spiritual and the mundane, gunman murdered two guards at the entrance to the school then headed for the chapel.

After separating Muslim students, the gunman forced the Christians to the ground and shot them in the back of their heads. During the attack, one Christian student hid in her closet and stayed there for two days. She ate hand lotion to stay hydrated in this hot, dusty rural region of northern Kenya. Another student was later pulled, alive, from beneath a pile of her dead peers, the image gruesomely reminiscent of survivor stories from Rwanda.

The attackers were members of al-Shabaab, a Somalia-based militant group. In Garissa, the majority of their victims were Kenyan, but inside their home country, Somalis themselves have suffered violence, brutality, ...