Why I try to be generous to Christians who see some important things differently.
Marlena Graves 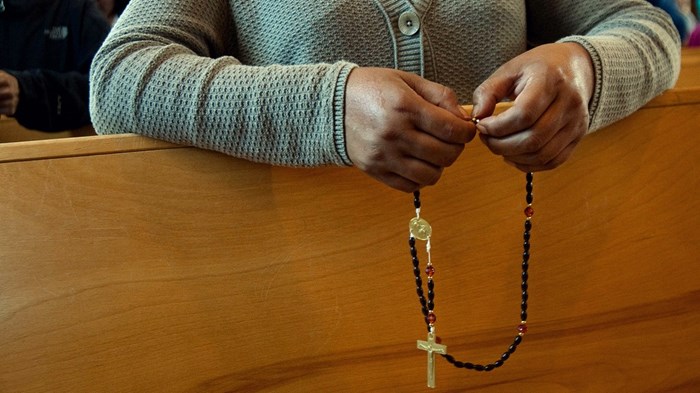 As a kid, I observed Abuelita reading her Bible. Each day she faithfully opened the Scriptures and struggled to pronounce the words aloud in Spanish. Even with only a third-grade education, daily Bible reading was a priority, and it soon became a priority for me, too. My abuelita was beautiful and simple; she had a childlike faith in Jesus that showed me what it meant to be salt and light to the world.

Abuelita was a devout Roman Catholic.

I ended up attending a conservative Baptist college, though I knew little about denominational distinctions. I assumed all Christian colleges were the same: utopias where everyone loved Jesus. Imagine my dismay when I heard professors and students alike assert that Catholics were going to hell.

I couldn’t understand how they could so casually damn abuelita and others who followed Jesus like her. I challenged one history professor, asking about all the professing Christians who were Roman Catholic or Eastern Orthodox prior to the Protestant Reformation: “Are you saying they all went to hell?” He replied that most of them probably did, but “God always has a remnant.” That’s a sobering sentiment worth pausing over.

Only a few years later, I witnessed a number of classmates from my Baptist alma mater “converting” to Roman Catholicism, Anglicanism, Lutheranism, or Eastern Orthodoxy. I know these people well enough to believe they were, and continue to be, committed followers of Jesus. Their ...