How Master of None points to the joy, not the guilt, of “Honor your father and mother.”
Jennifer Clark, guest writer 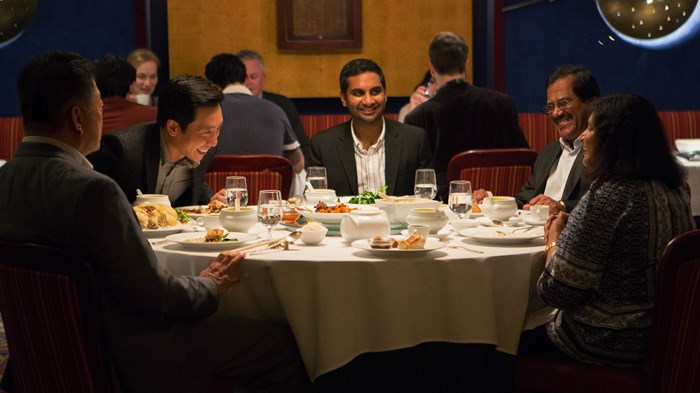 Our relationships with our parents are so important that they make it into the Ten Commandments. Exodus 20:12 instructs us to “Honor your father and mother, that your days may be long in the land that the Lord your God is giving you.”

I’ll admit, that verse has always made me uncomfortable. How do we honor our parents as adults? When we disagree with them? When we have a different cultural reality or worldview? I’ve struggled most of my life to understand how to live out this particular commandment, especially when it comes to my Korean-born mother, who emigrated to the United States in the 1980s.

My discomfort came up again watching the “Parents” episode of the new, lauded Netflix comedy series, Master of None. The show’s co-creator, Aziz Ansari, stars as Dev Shah, a second-generation Indian American trying to figure out his future and working out relationships with his friends, lovers, and parents. In an early scene, Dev’s dad (played by Ansari’s father) asks for help fixing his iPad calendar. Dev responds with a string of excuses, finally ending with, “I’m not your personal computer guy!”

We flashback to scenes throughout his dad’s life: his poor upbringing in India, the struggle to become a doctor, racism during his early years in America, and an understatedly ironic and touching moment where he gives his young son a computer as a gift. Back in the present, Dev’s final refusal echoes, ...