And neither can Christians. 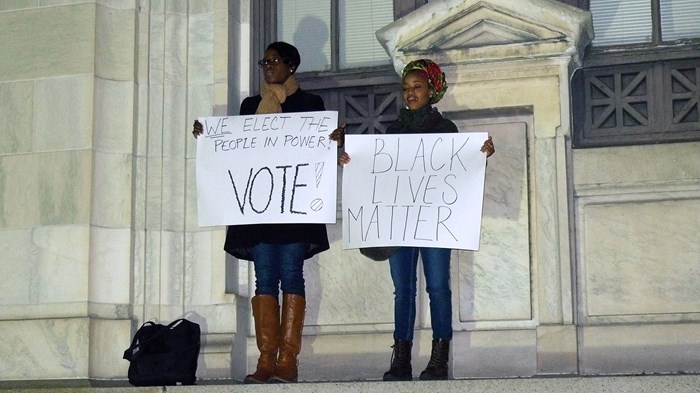 Since the fatal shooting of Michael Brown in Ferguson, Missouri, last year, discussions of race in this country have been tense. His death, and the subsequent killings of unarmed black men and women at the hands of the police, have lifted the conversation on race out of black households and onto the national stage.

As the 2016 election cycle gears up, the longstanding issues of inequality, racial justice, and police brutality take on a new urgency. Just as the civil rights movement fought for legal recognition of African Americans’ fundamental human and civil rights, the Black Lives Matter movement looks to political leaders to respond to this injustice.

I have been watching to see what the presidential candidates say—and what they say they will do—about Black Lives Matter.

Politicians are strategically poised to address the inequalities in America’s social and economic systems. The activists within the Black Lives Matter movement and Campaign Zero are ...