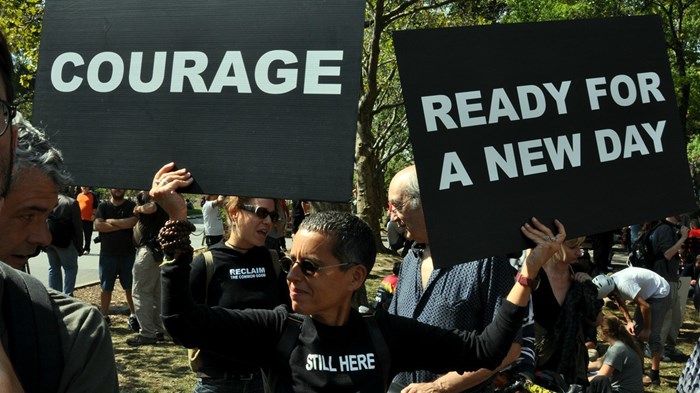 Recently, a friend of mine named Katie confessed her deep discouragement over her “failed” quest to turn the world upside down for God. She’d pursued a ministry degree from a Christian college and after graduation, secured what she believed was a world-changer job at a world-changing church. But then her vision collided with longstanding, intractable politics that had turned the congregation inward on itself. Three years later, mired in student loan debt and disillusioned by her experience, she left her position. “The only one who has changed is me,” she told me.

For years, I moved in Christian circles where young people were coached into adulthood with motivational victory-speak that called on them to do great things for God. Even now this sentiment can be found in every corner of the evangelical world: Christian colleges, discipleship programs, and among both conservative and more progressive streams of our movement. How many 20- and 30-somethings among us have attended a youth conference—Passion or Acquire the Fire (sponsored by the now-shuttered Teen Mania Ministries)—and heard at least one speaker tell their audiences they were destined to be world changers? And how many well-meaning youth pastors echo that call with the kids in their youth group?

At one time in my life, I probably used this language with an impressionable young person or two, but I’m done telling young people they’re destined to turn the world upside down ...