Having four girls is not a punchline.
Rebecca Parker Payne, guest writer 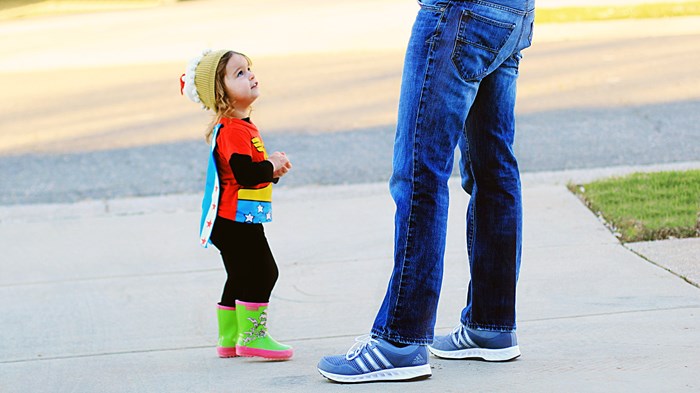 When my mom gets asked about our family, she’ll say she has “four grown children.” She omits the fact that all four of those children are daughters.

“I’m just tired of it,” she said. “The dismayed facial expressions, the pity for your dad. I’d rather just not go down that path.”

Fathers of daughters—even one, but especially three, four, or more—know this reaction all too well. Corey Widmer, pastor of Third Church in Richmond, Virginia, is the father to four young girls. He noticed that “90 percent of the time, when I tell people I have four girls, the reaction is negative. If it is positive, it’s usually because they came from a family of all girls.”

We assume, on some level, that having so many daughters must be a disappointment for dads. Ask nearly any of these fathers, though, and it’s far from the truth.

Of course there’s a natural attachment and special intimacy between parents and kids of the same sex: mothers and daughters, fathers and sons. Bonding already doesn’t come as naturally to men—who lack the biology, birth experience, and breastfeeding that naturally attach moms to their offspring—so relating to a child of the opposite sex may be an extra hurdle for dads and daughters.

Still, we’ve taken the worst exaggerated characterization of a father-daughter relationship and accepted it as a laughable norm. Our remarks to dads of daughters communicate that ...