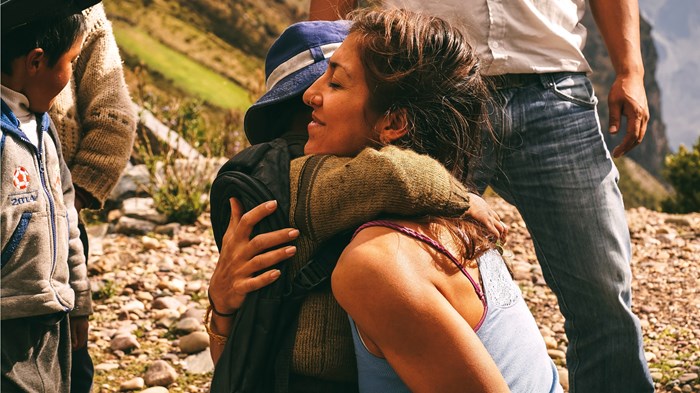 Two years ago, a headline-grabbing study in Current Biology concluded that religious children from around the world shared less than those from non-religious homes. The media coverage stirred up controversy by drawing broader, more unfavorable conclusions of religion than the actual study. “Religious Kids Are Jerks,” raged the Daily Beast. More recently, the findings were disputed by another study in the same publication, pointing out that miscalculations of the data skewed the results and when accounting for those errors, there is little difference in altruistic behavior between religious kids and nonreligious kids.

Regardless of conclusions, the debate provides a robust context for Christian parents and teachers to think about the importance of moral development, not just in our children but in society at large. Whether religion contributes to altruism is a question worth exploring and leads to a more pressing concern for parents and educators: How do we actually go about developing empathy in our kids?

Richard Weissbourd, a Harvard psychologist and founder of Making Caring Common, thinks religion may play a part in raising empathetic kids, but that’s not actually the question his research asks. Instead, he explores the how. In the report “The Children We Mean to Raise,” he and his colleagues argue that the key to fostering moral development is to focus on your actions and not words alone. “How youth view adults in general may further reduce their commitment to fairness,” they report. “Teens don’t appear to perceive adults as acting with any more integrity than they are.”

In the key survey, Weissbourd and his colleagues surveyed 10,000 diverse middle and high school students from 33 schools across the nation. The students’ values seemed to echo what they thought their parents and teachers valued more: When asked, 48 percent chose achievement as their top value, 30 percent chose happiness, and only 22 percent chose caring as a top priority.

Students were three times more likely to agree than disagree with this statement: “My parents are prouder if I get good grades in my classes than if I’m a caring community member in class and school.” About 80 percent said their parents are more concerned with their kids’ achievement or personal happiness than whether they care for others in their community or school. And when asked, school administrators, teachers, and staff agreed that parents prioritize achievement over caring—by 80 percent, according to the survey.

The results of his studies don’t indicate complete disregard for others but rather a limited regard. The study found that American adults do want kids to be decent and caring, especially in their immediate communities, but that they are far less concerned about a commitment to the greater society’s wellbeing. “Our conversations with and observations of parents also suggest that the power and frequency of parents’ daily messages about achievement and happiness are drowning out their messages about concern for others,” Weissbourd and his colleagues wrote in the report.

In other words, there’s a gap between what adults say and what message they actually convey with their behavior. Adults’ actual, lived values are being reflected back to them in the behavior of their kids.

Are Kids Worse These Days?

A glimpse back at three decades of data finds that American college students in 2009 were less empathetic than students in the ’80s and ’90s. Students’ scores on “perspective taking” (the ability to imagine others’ points of view) dropped 34 percent since 1980 and scores on “empathic concern” (the tendency to feel and respond to others’ emotions) dropped 48 percent. And college students in 2009 were far less likely than their earlier counterparts to agree with statements such as, “I sometimes try to understand my friends better by imagining how things look from their perspective” and “I often have tender, concerned feelings for people less fortunate than me.”

With this and other data as evidence, adults often perceive today’s youth as “worse,” and that perception includes a mix of both truth and fabrication. Although contemporary youth are often distinct from past generations (and sometimes for the worse), we adults would be wise to remember that a cultural shift, decades in the making, implicates a variety of age groups. A look back at past eras of American life provides perspective on the significance of these cultural shifts and how they impact moral development in kids.

“By looking back over four centuries of American childhood we can perhaps recover old ways and discover new ways to reconnect children to a broader range of adult mentors and to expand their opportunities to participate in activities that they and society find truly meaningful,” writes historian Steven Mintz in Huck’s Raft: A History of American Childhood.

Although we often caricature Puritan parents as stern, strict people scaring their children from sin, Mintz believes the Puritan contribution to parenting isn’t their rules but rather their emphasis on the role of the larger community—not just parents—in children’s moral development. At our nation’s beginning, childhood meant participating in the family’s provision of basic needs (for example, by working on a farm) while today, by contrast, most children’s activities are oriented around self-fulfillment.

Until more recently, parents did not concern themselves with cultivating their child’s happiness and self-esteem. Weissbourd address this dramatic cultural shift in The Parents We Mean To Be. He writes, “It’s important to pause and consider how unique this belief is—that many parents are conveying that happiness or self-esteem leads to morality appears to be unprecedented in American history and may be unprecedented in the history of humankind.” He also points out that “many vital moral qualities… do not spring from happiness or self-esteem.” These “missed values” include fairness, justice, and caring for others.

In Huck’s Raft, Mintz makes a similar point. Although historically, children’s contributions to the family provided a type of service beyond self, “young people today have fewer socially valued ways to contribute to their family’s well-being or to participate in community life,” he writes.

How the Church Develops Empathy

In his book, Weissbourd pushes parents to think beyond ourselves to our common humanity. “If we are concerned about our children’s morality, we ought to be thinking carefully about their humanity. I am speaking of the experience of deep vitality, meaning, and compassion generated by an awareness that we are distinct expressions of common roots across time and space, that we are intimately and intricately connected to other human beings, both living and dead,” he writes.

For Christians, the church is where we learn to understand those roots—those of our spiritual fathers and mothers and our global brothers and sisters. Our kids have the advantage of growing up in this community, where like-minded adults model empathy for our kids and where our children participate in rituals of giving and gratitude through offering and tithing. The secular world has no comparison, Weissbourd told me. “I think religions are very important in that they engage kids in moral questions and they have rituals,” he said, referring to faith rituals like confirmation, or expressions of gratitude through prayer. “They help develop kids’ responsibilities to their ancestors and their descendants.”

Although we Christians have these structures to lean on, we also have to reckon with the same challenge faced by every parent: teaching our kids to practice empathy and kindness toward those unlike us, including those outside our faith tradition. “That’s core,” he said. “That’s what I’m hoping everyone gets [from the study]. We all need to learn to appreciate those that don’t belong to our community.” One of the best ways for parents to demonstrate the value of empathy, Weissbourd told me, is volunteering as a family and finding ways to serve both local and global communities.

If the first challenge we face as parents is developing moral character in our kids, the second is a deeper, correlated challenge: We have to recognize our own need for moral development. Day in and day out, we have to “practice what we preach,” loving in action not words (1 John 3:18), and model the character virtues that lead to a flourishing life. That’s the message our kids need most, according to Weissbourd. “We will, too, have to resist the tendency to assume that it is other parents—not us—who are raising disrespectful and irresponsible kids,” he writes. “To one degree or another, the problem is each one of us.”

Rebecca Randall is a science editor at CT. She tweets @beccawrites.