In a time of digital consumption, here’s how the church can lead the way on healthy media fasting.
Christina Crook 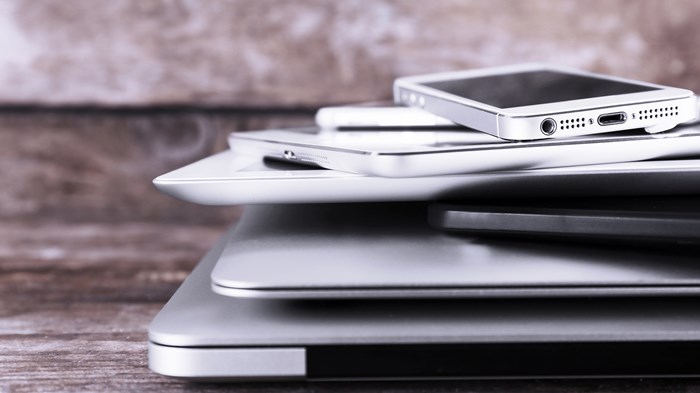 With 6.4 billion digital devices connected to the Internet at the end of 2016 and 20 billion expected to be online by 2020, consensus is growing that tech’s best feature may be its off switch.

This week we entered Lent—a time for abstaining from the things that disconnect us from the divine, from God, from that which gives us life. For 40 days, we set aside distractions and vices in order to practice self-denial, focus on repentance, seek clarity in prayer, and pursue intimacy with God and others.

For many, the smartphone has become the ultimate vice. We are living in a never-off culture, where the speed and gloss of our screens often makes the connection to those far away seem more interesting and urgent than the people and experiences right in front of us. It's happening to teens at prom, parents on soccer fields, and CEOs in boardrooms. Our energy, creativity, and time—perhaps the best of us—are being spent committed to screens.

As Christians, we’re not exempt from this vice.

In a Lenten reflection in The New York Times, Catholic María de Lourdes Ruiz Scaperlanda writes, “The question for me is not whether there’s a point to giving things up during Lent, but whether I should ever stop fasting from all that numbs, dulls, and deadens me to life, all of life, as it is today—the good and the bad. Fasting makes me willing to try.”

This weekend we are invited to fast. The National Day of Unplugging and its guiding project, the Sabbath Manifesto, invites us to join their eighth observance from sundown Friday, March 3 to sundown Saturday, March 4. Sabbath Manifesto’s aim is not just to promote one day of unplugging from technology, but a lifestyle change, explains spokesperson Tanya Schevitz.

“The expectation that you are always reachable, that you will respond immediately to those beeps, buzzes and rings coming from your phone—it’s created a society of people who are on edge, overwhelmed and disconnected from those around them,” says Schevitz. “It’s important that people take control of their technology so that it doesn't control them.”

The National Day of Unplugging draws from the Jewish tradition of Sabbath rest and has resonated with people around the world. Individuals in more than 200 countries, including remote locations such as Bhutan, the Aaland Islands, and Mongolia, are signing up to unplug.

“Our hope is that by taking the time to pause and reflect on their use of digital devices such as phones and computers, people will be more aware of their impact and find a healthy balance,” says Schevitz. “We hope that with this new-found awareness, people will try to put their digital devices aside more regularly, for an hour, for the length of a family dinner or a romantic walk, for however long it takes to recharge themselves and to reconnect with those around them.”

Tony Reinke, senior writer at desiringGod.org and author of the new book 12 Ways Your Phone Is Changing You, believes a regular practice of unplugging from technology is important.

“The unplug movement shows us just how pervasively digital media has come to dominate every moment of our waking lives,” says Reinke. “We see people unplugging simply to garden, to play with a dog, to meditate in silence, to meet neighbors or hang out with family and friends. Returning to these rather ordinary things signals that we face an epidemic of digital saturation dominating our every spare moment and getting in the way of just about every dimension of our embodied lives. That’s a serious problem. Ten years past the launch of the first iPhone, I think we’re finally waking up to the challenges of living with an addicting device that can consume every free moment of our attention, and we are beginning to take steps to combat these inner tendencies.”

Read Schuchardt, professor of communication at Wheaton College, believes we should unplug on a yearly basis (Lent), a weekly basis (Sabbath), and a daily basis (pray without ceasing). “Faithfulness,” he says, “means listening for and to the still small voice of God, and obeying his commands to live a fruitfully embodied life, preferably one that is quiet, uses our hands, and serves justice, peace, and the poor.”

“There is an enormous opportunity for the church to lead in this moment,” says Schuchardt, “and some churches already are. The Amish have been doubling their population every 20 years with a retention rate over 85 percent, which is unheard of in other denominations. While not many can ‘choose’ to be Amish, we can certainly imitate that which works in their practice: manual labor, small churches, limited technology, geographic proximity, and the avoidance of social anxieties caused by everything from mirrors to social media. Instead, they actually socialize.”

An Amish man once told Kevin Kelly, founding editor of Wired magazine, that the problem with phones and pagers was that “you got messages rather than conversations.”

“They’ve chosen as a culture to ‘slow down’ long before ‘slowing down’ was cool,” continues Schuchardt. “People forget that the word therapeutic actually refers to the Therapeutae, Egyptian Jewish (and later Christian) mystics who lived in the desert, and who gave advice to the harried city people of the first century. So often we find the best advice from those who are the least like us. This is really the whole point of media ecology [Schuchardt’s area of study]—to study the inside of a situation from the outsider’s point of view, to see how and where the outsider’s perspective can help the insiders flourish.”

In the Scriptures, God implores his people to have no other gods before him—no addictions separating us from him and our ministry of love to others. With that in mind, we have to ask ourselves if our technologies are helping or hindering. As Jean Vanier wrote, “To be human means to remain connected to our humanness and to reality.”

We have a profound opportunity and responsibility to lead our culture in these overwhelming times. We do this as humans, and we do this as Jesus would do:

“For me, going offline allows me to connect with God through his word, through prayer, and in being in his creation,” says Reinke. “In an especially focused way, it’s a time for me to reconnect my affections to the glories of Christ. And by reconnecting with God, it gives me time to re-discover and re-claim the very purpose of my life, which is found in Jesus’ beautifully condensed two commands:

On- or offline, our lives never cease to reflect the truth of our hearts. As James K. A. Smith reminds us, we are what we love.

Christina Crook is the award-winning author of The Joy of Missing Out: Finding Balance in a Wired World and current writer-in-residence with the Henri Nouwen Society. She lives with her family, two roommates, and a wee kitten named Cupcake in Toronto, Canada. Visit www.dailyjomo.com to join her in living life with more joy, fewer screens, and better habits.