I can’t keep my kids safe. But I can prepare them for a life of faithfulness.
Rachel Pieh Jones 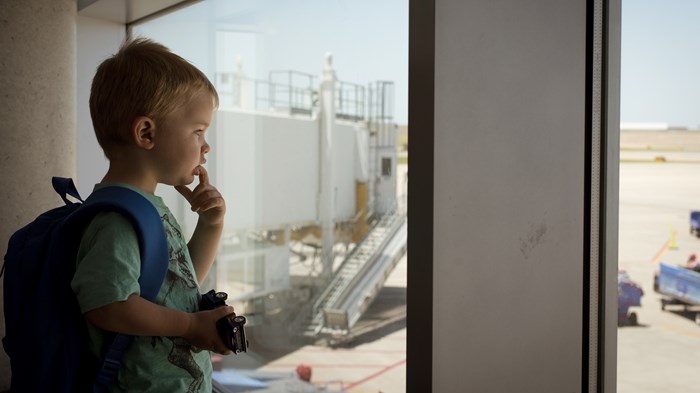 Fifteen years ago, my husband and I did the riskiest thing we could imagine and took a job in the Horn of Africa. People often responded by asking, “Are you bringing the kids?” We had two-year-old twins at the time.

Six years before we made this life-changing decision to move, we heard John Piper preach a sermon on Hebrews 13:12–14 and how Jesus suffers “outside the city gate in order to sanctify the people by his own blood” (NRSV). The writer of Hebrews calls Christians to “go to him outside the camp.”

In a recent essay titled “Risk Your Kids for the Kingdom?,” Piper asks a related question that my husband and I asked ourselves when we decided to move to North Africa: “What is the greatest good you can do for your children?” We believed strongly that “moving toward need” was one of the greatest goods we could do for them.

Yes, of course, we were bringing the kids.

By choosing to take our kids outside the camp, however, we also chose a life of risk. The camp referenced in Hebrews 13 is located inside the city gates where everything is familiar, safe, and comfortable. Outside the camp, where Jesus went, was a place of shame, death, abandonment, and pain.

For us, moving “outside the camp” meant contending with guns, limited government, lack of healthcare, and low-quality education. It also meant dealing with oppressive heat, struggling with a new language, encountering people who didn’t believe or look or act like us, and feeling like cultural idiots most of the time.

However, we also experienced new beauty: the simplicity of not being able to shop for much more than food; a slow pace of living that allowed us to focus on relationships; fulfilling, meaningful work; faith practices that permeated our daily life; and people who welcomed us—“the stranger and the alien”—into their homes and hearts and celebrations. Although moving there was more than risky, it was the next step in trusting God both for our kids’ sake and the sake of others we sought to serve.

Now, 15 years and two countries later, we’re about to do the riskiest thing I can currently imagine. In a few months, we will send those same twins back across the ocean to two public universities in the States. As a parent, these new risks sometimes feel paralyzing. I fear the pressures of secularism, campus rape, cell phone addiction, pornography, consumerism, disordered eating, greed, loneliness, loss of faith, underage drinking, drugs, campus shooters, and the allure of Western wealth.

In the midst of my fears, however, I am comforted by the knowledge that none of us, no matter where we live, are raising our children free from risk.

Ever since my husband and I became parents, we have risked losing our children—whether to physical death or to spiritual death, either of which can happen on any side of the ocean. Our kids are inevitably going to get hurt. Although we can’t protect them, we can prepare them, and one of the ways we do that is by modeling a life of joyful, worshipful service “outside the camp.”

“A life not given to great things is not worth living,” writes Piper, “so, risk your life—and the life of your children—to be part of greatness.”

That “greatness” looks different for every family, whether it’s moving abroad, serving the outcast, loving our neighbor, welcoming the refugee, managing a business, changing diapers, or creating art. The kingdom of God operates upside down. Our efforts are small. But a mustard seed is also small and grows into a life-giving, shade-producing, refuge-providing tree. That’s the way of the kingdom. If simple faithfulness is what makes an action great, then we are called as families to delight in being part of small things.

Christ calls all of us outside the camp to serve and love others, and we often do that alongside our children. Why risk it? Because we are citizens of another far-off country. As it says in Hebrews 13, “here we do not have a lasting city, but we are looking for the city that is to come.”

Rachel Jones lives in Africa with her husband and three children. She is currently working on a book to be published in 2019 by Plough. You can follow her on Facebook or Twitter and read more of her work here.