For women like me, children’s ministry can seem like low-level work for the least experienced.
Nana Dolce 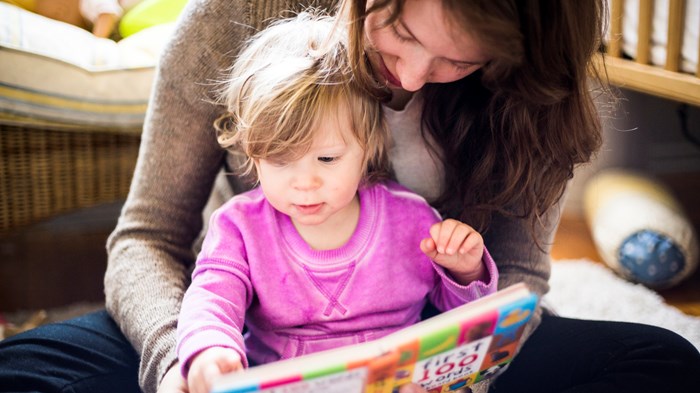 Before I went to seminary, I worked as a regular volunteer in children’s ministry. My church at the time was small, so I taught Sunday school lessons to a “one-room schoolhouse” of tiny primaries and spunky middle-schoolers. After completing my program in theological studies, however, I avoided kids and preferred to teach adults. I wanted to give my time and service to those who could “best” understand the Scriptures, and children’s ministry didn’t seem like the place.

For women like me, teaching the Bible to children sometimes seems like the unrewarding babysitting corner of church life—a place to engage youngsters with stories, crafts, and treats while the adults tend to more important spiritual matters. Beyond a clean background check and a willing spirit, volunteering in youth work doesn’t seem to require much, and women who feel tied to this area (and little else) may wonder if their spiritual gifts are being fully used.

Case in point: During a recent #ThingsOnlyChristianWomenHear Twitter conversation, many stressed their concerns over the treatment of women in Christian circles. Among the tweets were stories of restrictive gender roles—women confined to traditionally nurturing positions regardless of their gifts and abilities. “You speak five languages and have a doctoral degree? Children’s ministry is your calling!” wrote one woman in sarcasm.

The tweet’s implicit critique is absolutely right: Educated/gifted women are not strictly called to children’s ministry. In both egalitarian and complementarian settings—but particularly in the latter—we do well to seek and affirm women’s voices in vast areas of church life. However, because we often think in binary terms, our desire to encourage women’s influence beyond children’s, youth, and women’s ministries can potentially lead women (and men) to inadvertently demean caretaking roles in the church. In other words, the fact that women should never be held to just children’s ministry shouldn’t lead us to belittle the importance of the work, disparage the women who joyously serve there, or minimize our own commitment to youth discipleship.

Having now repented of my “youth and children’s ministry aversion,” I have taught youngsters for three years and can say with confidence that children’s ministry is a big job for gifted teachers. Although we have always needed strong discipleship for each new generation, the ongoing spiritual decline of American adolescents makes it an even more pressing priority for our churches.

The Wall Street Journal recently ran a piece by Clare Ansberry titled “The Teenage Spiritual Crisis,” which reported a shift in the spiritual lives of American teens and adolescents. According to the report, many millennials are disengaging from the spiritual communities of their childhoods, and while the vast majority of American adolescents express some belief in God, those views tend to grow cold in emerging adulthood.

Ansberry’s piece builds on the findings of Christian Smith and Melinda Lundquist Denton, who reported in Soul Searching on the “moralistic therapeutic deism” of American adolescent spirituality. Denton, Smith, and their colleague Richard Flory are currently conducting Wave 4 of the National Study of Youth and Religion and following up with the same young adults they studied as adolescents. “We see substantial religious decline among young adults relative to when we studied them as adolescents,” Denton told me of their forthcoming study. “When we look across a wide range of religious measures, we see that the greatest decline comes in their religious participation. ... Regular church attendance drops significantly over the course of our study.” Denton found that, among those ages 25–28, about 35 percent report being “Not Religious” or “None.” Pew Research gives the same number for Americans born between 1981 and 1996.

The data and the stories they represent ought to unsettle us. If faith-professing children in our churches today might disconnect tomorrow, then our time with them—from the nursery to the college group—must be viewed not as mere games and morals but as the loving evangelization and discipleship of a growing church. And those committed to this mission must be encouraged, not overlooked, in their good work.

Although they often go unnoticed, these women are everywhere. Angela Jasper, 67, has taught Sunday school to children in her southeast Washington, DC, church for the past 38 years and prays that each student would grow in the knowledge and enjoyment of God’s Word. In England, Melanie Lacy, author of the New City Catechism curriculum, has dedicated her theological education and career to the discipleship of youth and to the formation of those who teach them.

As we challenge the sin of misogyny, how do we also encourage women like these to feel valued in the work of caretaking? It starts with the culture of our local churches, and the larger culture, as well.

First, we need to honor caretaking generally. In a fallen world, even well-intentioned attempts to empower women can lead to the devaluation of caregiving. “Fifty years ago, [some] middle class women stayed home, cared for their families, and were manifestly unequal to their breadwinning husbands,” writes Anne-Marie Slaughter in her book Unfinished Business. “To make them equal, we liberated women to be breadwinners too and fought for equality in the workplace. But along the way, we left caregiving behind, valuing it less and less as a meaningful and important human endeavor.” Today, if a woman shows preference for a traditional caretaking role, her choice is sometimes interpreted as the product of patriarchy, regardless of her personal fulfillment or calling.

The so-called “mommy wars” reflect this tension between work and home and also come to bear on the perceived value of childcare and child caretakers in church. The woman who longs to see her sisters included in broader spheres of church life must not look down on those satisfied in more “conventional” roles. “Not everyone is called to teach in a certain way,” said Trillia Newbell, speaking on the “Women’s Voices on Issues of Justice” panel at the 2017 Just Gospel Conference. “The woman who is serving in children’s ministry, she can serve in children’s ministry to the glory of God and be content. ... We just want to make sure that we’re not judging people as we’re thinking through [these issues].”

Second, we need to prioritize children’s ministry in the church. It’s difficult to convince a woman of her “high disciple-making call” to children when this sphere of church life appears as an afterthought or a task “outsourced” to a certain few. If paid youth workers can feel marginalized in their work, how much more a volunteer? A gifted woman who speaks five languages and has a doctoral degree may not feel called to teach children, but she is certainly not overqualified for the job. Nonetheless she might see the position as “low-level work” for the least experienced, because that’s often the message communicated to her.

When asked how pastors might best equip women in their discipleship of children, Denton responded that we need to “elevate youth and children’s ministry more generally.”

“It seems that [this] ministry is often seen as less of the ‘real work,’ even among pastors,” she said. “For example, youth pastor is often an ‘entry-level’ position occupied by the youngest or least experienced ministers. … Maybe it is the case that this hierarchy among pastors sends a message to the rest of the laity about the perceived value of the different areas of ministry.”

Third, we need to humble ourselves as we serve the whole body of Christ. My post-seminary retreat from children’s ministry exposes a sad but common dynamic in church life: The idolization of certain positions (often public speaking ones) tempts us to view our gifts and education through a “professionalized” lens where our roles have to fit our training. Instead, we should think about how our training might serve the smallest in our midst—and provide an opportunity for us to grow in and display Christlikeness. As artist and pastor W. David O. Taylor writes, “to serve in the nursery [is] a way to love the most vulnerable and least able to return the service. ... To perform such ‘family chores’ allow[s] us to be family. ... [We] might acquire the virtues of humility and generosity in such service.”

Fourth, we need an entire church of women and men caring for and discipling our children. Chelsea Kingston Erickson, a youth pastor in Massachusetts, reported to me that her church works “really hard to have a balance of men and women, as well as singles and married people, and older and younger people serving with youth.” This, she said, “helps [children] to envision what the church really is: the people of God across all cultures, generations, and experiences.” What a picture for disengaged youth to see!

Last January, Angela Puryear, a preschool Bible teacher in southeast Washington, DC, enrolled in a 30-week Charles Simeon Trust course on preaching and teaching different literary genres of the Bible. She took the course so that she could draw on deeper theology when she composes biblically faithful songs for the nursery kids. “I went to Sunday school as a child and learned stories devoid of God,” says Puryear. “I want to teach my students about the God of the Bible, and how can I do that unless I study?”

If the Preeminent One for whom all things were made welcomed and blessed children, then children’s ministry cannot possibly be for the “least qualified” (Mark 10:13–16). On the contrary, it’s a role everyone in the church must strive to be worthy of.

Nana Dolce (MTS, Palmer Theological Seminary) lives in Washington, DC, with her family. She writes for various Christian ministries and blogs at motherhoodandsanctity.com.