“Conservatives love my family-first message, but you have to pay for that message,” says researcher. 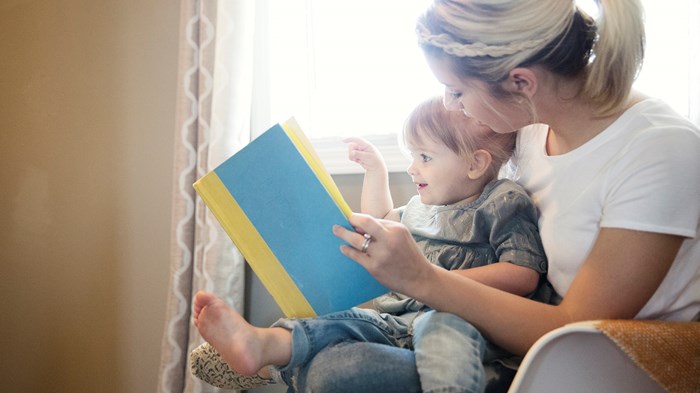 Erica Komisar is a social worker and psychoanalyst who believes young children are faring worse than they were even 30 years ago. In her practice, “I was seeing an increase in children with mental disorders, being diagnosed earlier and medicated at an early age.” After 13 years spent researching neuroscience, attachment theory, and psychoanalysis, Komisar linked this increase to a social devaluing of mothering and an inability for many women to be present to their children in the first three years of life.

Such a diagnosis, Komisar says, has cheered social conservatives—until she gets to her policy solution: at least one year of federally mandated paid maternity leave, with part-time and flexible options for two more years. “All mothers and babies should have the right to be together in the first year.” In other words, babies need mothers, but mothers—especially single and working-class ones—need tangible, societal, and fiscal support in order to nurture their babies during such a crucial time.

Komisar spoke with CT editor at large Katelyn Beaty about these and other themes found in her book, Being There: Why Prioritizing Motherhood in the First Three Years Matters, as well as what Christian communities offer to the conversation.

Why is it the case that a child’s well-being apparently comes down to his or her secure attachment with the mother and not the father or other caregivers?

One of the differences is the biological difference in nurturing because nurturing comes from a particular part of the brain. Basically, when women nurture, when they’re pregnant and give birth and breastfeed and nurture, they produce oxytocin in their brains, a love hormone, a neuropeptide, and it makes women more sensitive and empathic. So it makes women look at their babies’ pain and soothe their babies who are in distress by reflecting the pain, and it’s a natural instinct of healthy mothers whose own mothers have done that for them.

That may be the politically incorrect thing, but it’s just the truth in terms of what the research shows: Mothers and fathers are different in terms of nurture.

How does this finding inform how women make decisions about work? Many women are in the workplace, either full-time or part-time, and simply can’t choose to be at home full-time caring for their children.

One of the problems that we have in our culture and society is that we have no paid maternity leave, and it’s a real, urgent problem. If you are a middle-class or upper-middle-class woman, you have many more choices than a woman who is poor in terms of being able to stay with your child for up to a year and have flexibility. What I advocate is that we give all women [new mothers] a year off of work and that we pay them to stay home with their babies. After that, we give them the option of another two years of the ability to work part-time and flexibly so that they have control over their work; they can still work but prioritize their children. The book is not about working versus not working, but about more is more.

Do you advocate for a federally mandated one-year paid maternity leave?

Oh yes. In Slovenia, they give three years of fully paid maternity leave. What do they have in other countries? They have a year, sometimes 18 months, and it’s not always fully paid, but there’s paid maternity leave for up to 18 months. Is it such a stretch of the imagination to say we could have an insurance policy from the time we start working as parents—and men too, because they need paternity leave—we put $10 away out of each paycheck into a special insurance fund that pays us back when we need to take parental leave, and if we don’t have children, that goes back into our general pension or social security fund. Would that be such a hard thing for the government to do?

It seems like progressives would be really receptive to your policy conclusions but not necessarily to your research around the differences between mothers and fathers. And that conservatives would be receptive to your research about the differences between mothers and fathers but not necessarily the proposed policy conclusions. Is that the case, and is there common ground?

I try not to be political with this issue, and yet it falls into this political crack. Liberals reject these ideas because they believe in gender neutrality and gender equality, and somehow this defies this, and it also defies ... the idea that women can do everything all at the same time and have everything.

I have cricket silence from the press on the liberal side because they don’t even want to hear that men and women actually might be different and the women can have everything in life, just not at the same time. To them, it’s an anti-feminist message.

The fiscally conservative right wing would hope that the faith-based communities would support family life [but] they’re talking to a middle-class population, and it’s like denying that more than half of this country lives below the poverty line. It’s a denial that most women do not work in an accounting firm or even in a restaurant; they work at McDonald’s and they earn minimum wage. Conservatives love my family-first message, but you have to pay for that message, you have to put your money where your mouth is, otherwise it’s just talk.

I think both liberals and conservatives focus way too much on the economics of mothering, the whole field of social economics, which is basically focused on why women should work from an economic perspective and not what it does to children or mothers, and how it tears families apart. That’s both a conservative and a liberal problem.

It seems there would also need to be a shift in workplace values, fostering workplaces that value their workers not just for their productivity but also for their family commitments, too.

It’s two-fold. I’m a psychoanalyst, which means I focus on people’s interiors, but I’m also a social worker, which means I focus on the environment, and the environment needs to change. We need a government that recognizes the maternal-child bond and what that does for the mental health of its citizens. Every other civilized country in the world recognizes this except ours, so that’s the first thing.

The second thing: For businesses, the bottom line is their greatest interest. So if you’re going to work in a business, you want to look for a business that puts their money where their mouth is. Look for a company that actually offers not just six weeks of paid maternity leave but three, four, six months. The issue that I have with businesses is that they may provide paid maternity leave, but women are afraid to take the maternity leave, so the culture of the place has to change. At Yahoo! Marissa Mayer offered a great maternity leave policy for her employees, but then she had twins and was back at work after two weeks. If the CEO of your company comes back to work when her body hasn’t even healed, how do you then take six months off?

Lots of my female peers are married and have young children. From my vantage, they are supremely conscious of the fact that everything they do as a mother will affect the child someday. How do you offer your advice without making women feel an incredible burden and guilt for not being perfect in their ability to be present to their children at all times?

First, I want to straighten out that guilt is not a bad feeling. A famous psychoanalyst named Hans Loewald says that guilt is a signal feeling. Guilt is like physical pain; it basically implies that there’s an internal conflict, in this case, that the mother has. As a society, we tell women, “Don’t feel guilty, bury the guilt, dig a big hole, and stick it in there. Your baby will be fine and you’ll be fine.” If you were playing basketball and you broke your ankle, and your coach told you to ignore the pain and play on the ankle, would that be a good thing?

When we have pain or conflict, in this case, it’s our psyche’s way of telling us we have a conflict and need to look at and resolve the conflict, and we might actually make different choices if we look at the conflict, but we certainly don’t want to bury the conflict. Maybe the question we need to ask is, “Why are there so many mothers who feel so conflicted?” Why have we created a society that forces mothers away from their babies so early that they have to feel conflict?

What can faith communities uniquely offer to this conversation?

I’m Jewish, and in Judaism, we say isheree ahava, which in Hebrew means the sacred obligation to love your children. At a very early age, we have to teach our children the sacrifice part. In our day, we go into our 20s and 30s with a fantasy, an illusion about what it means to be a youthful person and have a perfect life, and we go into it thinking we can have everything all at the same time and sacrifice nothing. As a faith-based community, the Christian Bible talks about sacrifice, how having children does require sacrifice in those early years. You’re going to sacrifice financially [or] your ego and your career ambitions for a little while. Maybe you live near your family and you don’t want to do that; maybe you sacrifice in that way. Even the idea of educating your children that it’s much better not to be alone when we have children. Women are very isolated, which brings on a lot of these postpartum symptoms. We’re not meant to raise children alone; we’re meant to raise children in close-knit families and communities.

Katelyn Beaty is an editor at large for Christianity Today magazine and the author of A Woman’s Place: A Christian Vision for Your Calling in the Office, the Home, and the World(Howard / Simon & Schuster) which has recently been released in paperback with an accompanying small group curriculum (Abingdon).