Americans increasingly identify as “spiritual but not religious.” Radical faith goes beyond both.
Fleming Rutledge 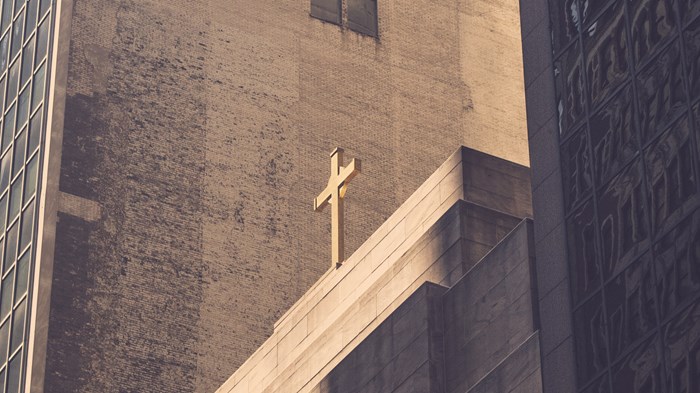 We hear a good deal today about “the triumph of the human spirit.” Books and movies about disasters are frequently marketed as triumphs of the human spirit, even though they often portray examples of human depravity. This emphasis on the human spirit first impressed itself upon me when, 32 years ago, our family was undergoing a crisis. I received a long, compassionate letter from a friend on the West Coast. Although the letter was wonderful, one line bothered me. My friend wrote, “Your spirituality will get you through this.”

When I read it, I recoiled. Whatever “spirituality” meant, I was keenly aware that I didn’t have any of it. In and of myself, I had nothing adequate for what was facing us at the time. I had only the faithfulness of Jesus Christ.

As Barna and other research institutions have reported, there is a fast-growing category of so-called “Nones”—those who, like my friend, identify as “spiritual but not religious.” Generally speaking, people use this self-definition to mean that they want no part of the “institutional church” but seek a connection to some sort of transcendent dimension. Many millennials define themselves in these terms, so it is important to address these conceptions with warm pastoral sensitivity as well as audacious theological imagination.

Nonetheless, I would argue that the biblical witness is neither “spiritual” nor “religious.” Both of these categories present us with serious problems concerning the proclamation and teaching of the gospel.

When I use the word religion, I am using it the way Freud used it in The Future of an Illusion. He argues that religion is the projection of human wishes and desires onto a god or gods who require ritual, worship, prayer, sacrifice, and so on. John Calvin argues the same point as Freud in a certain sense, since he famously declared that the human mind is “a perpetual factory of idols.”

I am also using religion in the sense that Karl Barth used it. He calls religion “a human work” and goes on to say that “a religion adequate to revelation and congruent to the righteousness of God … is unattainable by human beings.” This statement—about the incapacity of humans to come up with the story of God in Jesus Christ—is a foundational affirmation of the Bible and essential to the renewal of the church.

Spirituality, too, like religion, is essentially a human activity or trait that stands in stark contrast to faith. To put it in the simplest terms possible, spirituality is all too easily understood as human religious attainment, whereas faith itself is pure gift, without conditions, and nothing can be done from our side to increase it or improve upon it. On the contrary, we throw ourselves upon the mercy of God, saying, “Lord, I believe; help my unbelief!”

In Walker Percy’s novel The Second Coming, there’s a hilarious description of a wildly eclectic gathering of people, among them born-again Christians, old-line Episcopalians, a trendy minister in a jumpsuit (this is the 1980s, remember), a believer in astrology, a theosophist, and a Jehovah’s Witness. As he observes the scene, the narrator reflects,

Is this an age of belief, a great renaissance of faith after a period of crass materialism, atheism, agnosticism, liberalism, scientism? Or is it an age of madness in which everyone believes everything? Which?

These so-called “New Age” philosophies, where “everyone believes everything,” seemed new back in the ’70s and ’80s. But they have since become integrated into the psychological makeup of our contemporary culture, so much so that we hardly notice them anymore: “Master the possibilities.” “Create your own reality.” “Live your truth.” These ideas about human self-creation are deeply religious notions. They are born out of illusion, wishful thinking, and a failure to look radical evil straight in the face. Human potential—which often takes the guise of “spirituality”—has itself become the object of worship.

So what is the antidote to the situation we find ourselves in, where in some places, attendance at “Celtic” services on Sunday evenings—with candles and chants and eclectic liturgies—far outnumbers church attendance on Sunday morning? Where so often, sermons are little more than assorted reflections having little to do with the biblical text? Where the high Christology of the creeds and councils has become mere “Jesus-ology”?

In today’s context, it is more crucial than ever to make a sufficiently sharp distinction between self-justification and self-sanctification on the one hand, and on the other, the utterly gratuitous, prevenient action of God in justifying humanity through his Son. The answer to our problem, then, is both simple and difficult: We need substantive, biblical preaching that drives home our need for justification through Christ.

“Biblical preaching is practically unknown these days,” remarked the Anglican missionary bishop and historian Stephen Neill in an interview some years ago. “I find a very remarkable response to biblical preaching. There’s not nearly enough of it in the churches in America.”

In my very early days as a preacher, I was giving a sermon in a Lenten series in a very liberal-minded church in Richmond, Virginia. I was preaching from the story about Jesus raising the daughter of Jairus. My mother was in the congregation. She reported to me afterward that she overheard someone saying, incredulously, “She preaches about that as if she believes it!” That was a watershed moment for me. I learned how important it is that, even if no one in the congregation believes the biblical story, the preacher believes it. More than that—the preacher stakes her life on it.

The preacher should be changed by his preaching in some way, every time. If the text is really having its way with you, you will know it, and those who have ears to hear will know it. If you know you are dying, you will know the word of life when you hear it, and it will not be something plucked out of an online homiletical resource. It will be wrenched out of your gut by something—Someone—whose power issues forth from the same living Word that brought the creation into being out of nothing—ex nihilo.

The effort that the preacher makes in preparing and delivering the gospel message can indeed be an ordeal, but I can honestly testify that after more than 40 years of preaching, mostly in parish churches, I am thankful to say that I have never found myself abandoned by the Word, not even when I once ended a sermon with the words, “I have no good news today.”

I did that once—in a specific situation when the parish was in travail—but I trusted the leaders of the congregation to explain those who were new that it was a penultimate word. The end of the sermon was the ultimate word, a reading of a promise from the Scripture reaching out for us in the dark. I wouldn’t expect to do that more than once or twice in a lifetime, but Psalm 88 should be our guide in extremis, the psalm of utter darkness, wrung out of despair, yet addressed to the deus absconditus, the God who hides himself but is still there.

In a time of rising secularism and waning faith, we contend with the darkness just as we seek the light. I spend a good deal of time in New England, where there seems to be a church closing every week. The landscape is dotted with art galleries and community centers and “event spaces” that used to be churches. I sometimes feel like Elijah, who pleads: “Lord, they have killed your prophets and torn down your altars; I am the only one left, and they are trying to kill me” (Rom. 11:3).

As Paul writes, “But what is God’s reply to [Elijah]? ‘I have reserved for myself seven thousand who have not bowed the knee to Baal.’ So, too, at the present time there is a remnant chosen by grace. And if by grace, then it cannot be based on works; if it were, grace would no longer be grace” (Rom. 11:4–6).

The message of Jesus Christ, in sum, is this: Salvation is not in your hands. “Do not be afraid, little flock, for your Father has been pleased to give you the kingdom” (Luke 12:32). He is doing for himself great things that we cannot even imagine. Therefore be bold, be unafraid, dear brothers and sisters in the Lord. We have a great gospel. There is nothing else like it in heaven or on earth. It is neither “spiritual” nor “religious.” Rather, it is the still, small voice that you do not expect and cannot command. It is the trumpet call of the age to come. It is “the word of God, which is indeed at work in you who believe” (1 Thess. 2:13).

Fleming Rutledge, an Episcopal priest, spent 21 years in parish ministry before becoming a lecturer, writer, and teacher of other preachers. She is the author of The Crucifixion: Understanding the Death of Jesus Christ (Eerdmans), which won CT’s 2017 Book of the Year Award.