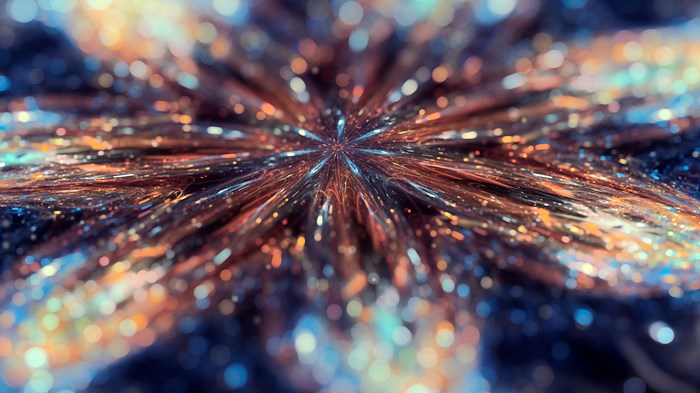 Our world is on the verge of what some call a Fourth Industrial Revolution, driven by technologies that break down distinctions between the physical and digital. Previous generations could only imagine innovations like artificial intelligence, virtual reality, and biological enhancements, which extend the human experience far beyond our natural ability. Today, however, many of these developments are well within reach.

Even among technological elites, there is no agreement on the complex ethical questions raised by these innovations or the outcomes they might lead us to. Optimists such as Facebook CEO Mark Zuckerberg and LinkedIn founder Reid Hoffman predict a future in which all diseases will be cured and social challenges addressed. By contrast, Tesla and SpaceX CEO Elon Musk believes that humanity could be setting itself up for self-annihilation by creating technologies that we cannot fully control.

Douglas Estes, assistant professor of New Testament and practical theology at South University—Columbia and author of Braving the Future: Christian Faith in a World of Limitless Tech, calls himself a tech optimist. He sees great possibilities for the coming future, so long as Christians play an active role in shaping it. Braving the Future is both a guidebook to help Christians understand the coming innovations and a call for people of faith to speak relevant, grounding, hope-filled truth in a rapidly changing society.

Estes spoke with CT recently about his views on emerging innovations, his response to skeptics, and how Christians can participate in the technology conversation.

In your view, many technologies that could revolutionize how we live—such as autonomous machines and gene editing—are coming whether we like it or not. What would you say to the individual who’s not interested in adopting these technologies?

To the very skeptical person, I would say that the challenge we have as believers is that we have been put into a world that is ultimately not our own. And that world is going to keep moving forward and moving forward, regardless of whether we like it or not. Our job is not to sit in God’s place and decide what the world should and should not do, but instead to try to do the best we can in the environment that God has placed us.

So in that way, I would try to bring it back to a missionary context. If you go and serve overseas as a missionary, you don’t debate the culture. If you do, you’re going to waste a lot of time. You just simply try to work with the culture to point people toward Christ the best you can.

For someone who is adamantly opposed to things, I don’t think there’s any obligation from their Christian faith for them to engage a certain technology if they don’t want to, or they don’t feel led to do it. We each have our own freedoms. If someone says to me, “I’ve prayed about this, and my conviction is that we’re not going to engage with this technology,” I don’t see a problem. I think they have the freedom in Christ not to do that.

But if there is something our society is pursuing that we think could be harmful, shouldn’t Christians be engaged in shaping culture beyond our own personal choices?

In a larger context, yes, I would say that is certainly one of the major points of why I wrote the book. As Christians, we want to get ahead of the technology at least a little bit, to start having the conversation now.

The question is: At what point do we start talking about technology, things like gene editing, and some of these future techs? These discussions, if we could start having them now, could help us be a little bit better prepared.

According to technologists, a lot of these innovations, like self-driving cars and A.I., are just around the corner. So do we have the luxury of time to have these conversations?

Well, the time is short. Since I wrote the book, at least two major events have happened. Number one, the US has started using facial recognition technology in their airports, and it had an 85 percent success rate on the first trial. Second thing, I saw a Japanese robot manufacturer has a robot that can install drywall in homes, which is going to affect the whole issue of work.

How soon would we see a robot installing drywall? It’s not going to be tomorrow, but if people think this is generations away, that’s a mistake.

So maybe that’s part of the conversation that needs to happen—instilling a sense of urgency about these technologies.

Yes, right. It seems to me, based on my vantage point, that preliminary conversations took place after a lot of the recent technologies were launched. If we could get a little bit ahead of the curve, that would do everyone well.

In your book, you discuss two primary philosophies for viewing the role of technology in society. Can you explain these paradigms and how they’re different?

Many Christian thinkers tend to fall more on the determinist side of that continuum; they tend to believe that once technology’s out of the box, it has impacts you can’t control. I see technology more from the instrumental view, as tools. The power technology has is limited by our usage of it. I think we cannot release personal responsibility from the equation.

Can you use an example of a specific technology to help us better understand these two perspectives?

Let me take the example of the intelligent robot that installs drywall. An instrumental point of view would look at the impact and effect of the robot as being purely a tool that we choose to use or we choose not to use. If there is a robot that is available to help me put up drywall in my house, then I as a person am free to choose whether or not to use that robot.

The determinist view takes it the other way. The determinist view says that at some point I will have no choice but to use the robot because of market pressure and social pressure and all these other factors. They will eventually create a scenario whereby if I want to fix things in my house, it will have to be done through the robot. There won’t be any other viable option.

The drywall robot makes sense from the instrumental view, but what about the facial recognition technology in airports that you mentioned earlier? That seems like a technology we would have less choice about using, aside from the choice not to fly.

On a simple level, yes, you could just avoid flying. But I think that’s overly simplistic. It is possible—although it is difficult—in the US or another democracy for a number of people to decide that facial recognition is not something that we want in our country. It’s possible that enough people could rally around the idea and it could be mitigated or put aside. Like with the body scanners in airports—the technology was changed a little to address the outcry. In a free society, instrumentalism still works. When you get to a less free society—for example, China and how they’re using facial recognition—that becomes much harder.

You call yourself a tech optimist. Why are you hopeful about how technology will change society? What are the potential downsides?

The beauty of technology is that it has the ability to amplify human works. If we have a desire to heal people, then it can amplify our ability to heal people. When it is used for good, technology can do a lot of good for society. But due to its amplification effect, technology can also be used for bad. Because of my theological commitments, I believe our natural desire is to rebel against God’s goodness. Tech amplifies that desire.

I think that all new technologies will be used to undermine the good in this world and will be used contrary to the way God would want us to use it. All the way back in Genesis, some of the first uses of technology were not in the best interests of people nor God.

Technology has always been used in a way that has had some good and some bad. People create things, hoping it will do good. Immediately somebody uses the exact same thing for something bad. That is an inescapable part of living in this world. I don’t see a way around it. You can’t be in a non-technological world, because everything we’ve ever created, our culture and civilization, is based on tech.

Tech can only be good when it amplifies that which is good, which only comes from honoring God, not ourselves.

What’s the main point that you would want readers to take away from Braving the Future?

No matter what happens in our world, God does not change. He is that rock we can hold on to even amidst of cultural changes. Our world has gone through cultural revolutions and cultural changes and science changes and industrial revolutions. There’s nothing new under the sun we haven’t been through. There has been nothing like bio-hacking before, but our society will absorb that the same way it’s always absorbed everything else.

What stays the same throughout that is God and our ability to relate to him. We cannot allow technology to confuse us into thinking that somehow technology changes who God is or our relationship with God.

Dorcas Cheng-Tozun is an award-winning writer, an Inc.com columnist, and the author of Start, Love, Repeat: How to Stay in Love with Your Entrepreneur in a Crazy Start-up World. A Silicon Valley native, she currently lives in Nairobi, Kenya, with her husband and two children.