Why ‘Being Christian Without the Church’ Fails the Good Friday Test

According to the gospel of John, the cross casts us into community.
Fleming Rutledge 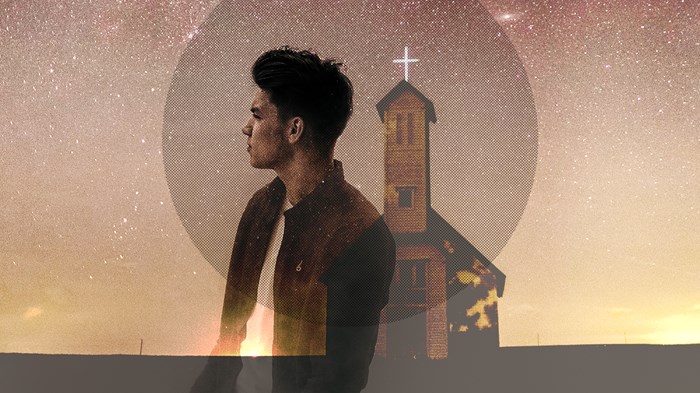 We Americans tend to be a sentimental people. This makes it difficult for us to look directly into the horror, shame, and degradation of a death by crucifixion. When Jesus says to Mary, “Woman, behold thy son” and to John “Behold thy Mother,” we often interpret this saying of our Lord as a sentimental invitation to take good care of your mother. I am a mother, and I definitely want to be taken care of! But this is not what the Fourth Evangelist, John, wants us to understand. In the Fourth Gospel, the mother of our Lord plays a quite different role.

In the side aisle of the chapel where I often worship, there’s a beautiful, unusual altarpiece. It depicts one of John’s memorable stories, the marriage feast at Cana where Jesus says to his mother, “Woman, what have you to do with me? My hour is not yet come” (John 2:4, RSV throughout). In English, this sounds very rude. In Greek it is more respectful, but we notice that Jesus does not call her “Mother,” and she responds to him not as his mother but as one of his followers—one who is beginning to have a glimmer of an idea about who he is.

She says to the servant, “Do whatever he tells you” (v. 5). She is learning to be his disciple. That’s what Mary represents in the Gospel of John. She does not appear again in the Fourth Gospel—except in passing and in company with others—until his hour actually does come and he is crucified. From the cross, once again Jesus calls her “woman” rather than “Mother.” Her identity as Jesus’ mother is not important to John.

In John’s gospel, Mary stands out as a particularly faithful disciple, one who follows Jesus through his ministry from the beginning even to its ghastly end at Golgotha. So when he speaks to her and to the beloved disciple (traditionally John himself) from the cross, he is giving two unrelated believers to one another. He gives his mother to him and him to her in a completely new kinship that infinitely transcends blood kinship. Mary, along with others, becomes a beloved member of the new family brought into being through the power of Christ’s death.

When the time of the Lord’s death approaches, Pilate, not knowing what he is doing, orders an inscription to be nailed up on Jesus’ cross: “The King of the Jews.” It is written in Hebrew, Latin, and Greek (John 19:20). Hebrew is the language of the Jewish nation, but now—in this hour of crucifixion—the King of the Jews is revealed as the King of the empire, the true Ruler of the world and all the people in it. This is the hour of the remaking of the cosmos and the reconciliation of human relationships.

At the same time that his universal kingship is announced, Jesus turns his failing eyesight down to the people standing on the trash-strewn ground covered with blood and human waste and gives these two disciples to one another. These two who remain at the cross represent to us the beginning of the church in the moment of her Lord’s degradation and suffering unto death.

Taking the Gospel and the Epistles of John together, no writings in the New Testament are more concerned with the church than John. You wouldn’t necessarily notice this, however, if you read the Gospel of John without looking for it. Our typical American individualism tends always to focus on the single, supposedly autonomous person, so we typically read the Bible through that lens.

It’s true that for the first two-thirds of the gospel, John features a striking number of personal, intimate conversations between Jesus and single individuals: the Samaritan woman, Nicodemus, the man born blind, Thomas, Martha of Bethany, Mary Magdalene. These stories stand out because they are beautifully crafted by John, a master dramatist. So, most people tend to read the Fourth Gospel that way. But the overwhelming emphasis in John is not on individuals but on the organic connection that Jesus creates among those who put their trust in him.

This theme reaches its apex in chapters 15 and 16, during the last hours of his life on earth, when he teaches, “I am the vine, you are the branches” (John 15:5). There is no other way to be a disciple of Jesus than to be in communion with other disciples of Jesus.

The night before he died, he washed his disciples’ feet and told them, “A new commandment I give to you, that you love one another; even as I have loved you. … By this all men will know that you are my disciples, if you have love for one another” (John 13:34–35).

He prayed long and earnestly for them, the “high-priestly” prayer of chapter 17: “Holy Father, keep them in thy name, which thou hast given me, that they may be one, even as [you and I] are one” (John 17:11). The love that breaks down barriers, the love that “endures all things” (1 Cor. 13:7), the love that forgets self and focuses entirely on the well-being of the beloved community—that is the love of the Father and the Son for each other and the love of the Son for us.

A beloved British play called “Journey’s End,” about soldiers in World War I, was recently made into a film. It’s an ensemble play with several actors and no stars. Each actor has his own individuality but each has more or less the same time on stage and each is equally important to the whole. In an interview about the now-past Broadway production of the play, one actor remarked: “[Our director] said again and again that everything you do onstage is for someone else, it’s never about you. That was such a wonderful thing to think of.” Isn’t that remarkable?

In American culture, we are urged on a daily basis to be good to ourselves, develop ourselves, believe in ourselves, and yet this actor understands how wonderful it is to think of participating in something that was never just about you, always for the good of the whole. That’s the church when it’s working the way it’s supposed to. This is why Cyprian of Carthage said 1,800 years ago, “You cannot have God as your Father unless you have the Church as your mother.”

These days, especially, it’s easy to dismiss the church out of hand. It can break your heart with its sin. It’s broken my heart a few times. Every day brings some new revelation about the awful things that have been done by the church. It’s much easier to say, as many do, “I can be a Christian without the church.” But this renounces a most basic and fundamental message of Jesus throughout his ministry, one that—as John dramatizes it—shows forth most of all in his death on the cross: He is giving you to me and me to you.

The disciples of Christ today as 2,000 years ago are drawn together in mutual love of our Lord. For all its sins, though they be many, the church is still the body of Christ himself. And there is no limit to the love of Christ that overcomes the sin within his body.

Fleming Rutledge, an Episcopal priest, spent 21 years in parish ministry before becoming a lecturer, writer, and teacher of other preachers. She is the author of The Crucifixion: Understanding the Death of Jesus Christ (Eerdmans), which won CT’s 2017 Book of the Year Award.

This essay was adapted from Three Hours: Sermons for Good Friday by Fleming Rutledge ©2019. (Wm. B. Eerdmans Publishing Co.) Reprinted by permission of the publisher; all rights reserved.

Why ‘Being Christian Without the Church’ Fails the Good Friday Test

Why ‘Being Christian Without the Church’ Fails the ...