Families with one parent are part of God’s family. But how do we minister to their complex needs?
Ruth Moon Mari 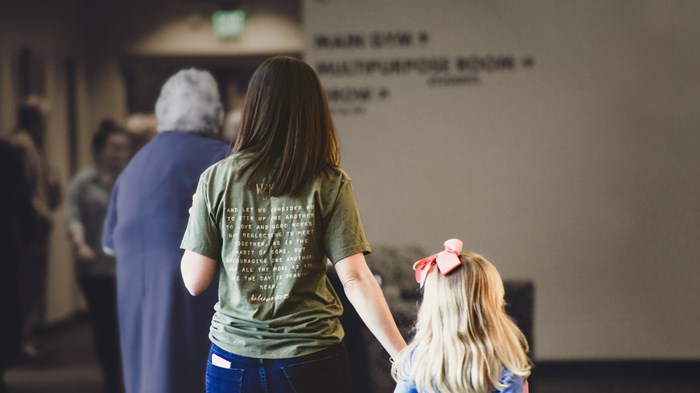 These growing numbers pose a challenge to the American church: How do we minister to the unique and complex needs of single-parent families?

Since single parents are most frequently divorced, it’s not surprising that theologians often define the typical single-parent family as a covenant failure that gives evidence of the Fall. But these families also give Christians a chance to reimagine the family in light of the New Testament, says Timothy Paul Jones, a professor of family ministry at The Southern Baptist Theological Seminary.

“In the New Testament, the people of God are formed into a new, covenant family, adopted from every tribe and language and people group,” he said. “This doesn’t do away with the family formed in the covenant between a man and woman, but it resituates it in the context of a greater family, where we’re called to become a family for one another. We fill in the gaps. We become family for one another as the people of God.”

However, practicing these principles can be difficult. Single parents often have less education and lower incomes than the average American, and church attendance is declining fastest among Americans without college degrees, said Bradford Wilcox, a sociologist and director of the National Marriage Project at the University of Virginia.

“Marriage is a major social justice issue,” he said. “The breakdown of marriage is falling along class lines and only deepening the disadvantages that poor Americans and their kids face in our country today. One thing churches need to do among congregations and parachurch ministries is be much more intentional about reaching working-class people.”

According to a survey conducted for Life of a Single Mom Ministries, more than two-thirds of single mothers don’t attend church. One problem is that churches aren’t typically going where lower-income people without college degrees are likely to be, Wilcox said, since college ministries have few corollaries in the workplace-training or community college worlds. And when people do find the church, they need messages that meet them where they are.

“The church has to walk a tightrope in terms of today’s family situation,” he said. “We should show solace and solidarity for kids and families who have been touched by divorce, to convey a sense of mercy and hope. At the same time, the church also needs to articulate all the reasons why it’s best for adults and for kids to strive for the ideal of an intact married family.”

With this complicated picture in mind, a handful of ministries around the country are attempting to reconnect single-parent families with the physical and spiritual support of the church. One of these programs, Single Parent Missions, was started by Dawn VanderWerf in 2012 when she was a single mother. (She has since remarried.)

“God clearly called me to step out of the sales position I had and take on this ministry,” said VanderWerf, whose organization now reaches single parents as far away as Africa and Ukraine. “Single moms and fatherless kids are like the 'widows and orphans’ of this generation.”

VanderWerf became a single mother when her husband of 15 years went to jail after a shootout at their home and left her to raise their then six-year-old son, Ethan. When she first sat down with Ethan to talk about the situation, his only question was, “Who's going to take my dad's place?” She looked to the church to fill the absent father’s role but found that churches had little vision or training to help single-parent families.

“I sense Jesus standing there trying to get our attention, going, ‘Hey guys, cast your net on the other side,’” said VanderWerf. “There’s all these single parents with all these needs — physical, spiritual, and financial needs—and they are ripe for harvest, and nobody’s going after them.”

Matt Haviland, who runs a ministry for single fathers at Kentwood Community Church in Grand Rapids, Michigan (where VanderWerf started a single-parent support group), agreed. “The church is still kind of getting into that area where we know we need to deal with single parents but we don't know how,” he said.

In responding to the needs around them, single-parent ministries have devised a variety of practical ways to serve, from creating curricula for single-parent Bible studies to hosting events for single-parent kids whose parents need a night off to organizing seminars on legal questions related to divorce and custody.

According to Jones, another way churches can support single-parent families is to broaden parent-child events to actively welcome kids who show up with only one parent or no parent at all. Churches might also train specific men and women to step in and mentor children in single-parent homes.

“We must equip our people to be able to mentor, to love, to fill the gaps,” he said.

Single parents tend to have less money and less time than their two-parent family counterparts, so taking those challenges into consideration can help single-family ministries be effective, according to Tammy Daughtry, founder of Co-Parenting International and author of Co-Parenting Works! Helping Your Children Thrive After Divorce.

“Single parents don’t go through the normal steps that we ask new families to go through, whether attending the get-to-know-you pastor’s lunch or the new members class,” said Daughtry, who along with her husband leads workshops around the country for pastors trying to understand and serve single-parent and step-parent families. “They struggle to take those next steps because of lack of time, lack of feeling accepted, uncertainty, and wrestling with their own faith experience.”

Mark DeVries, president of Ministry Architects, an organization that helps churches create innovative ministries, echoes this idea. “The whole model of family ministry that revolves around gathering parents or parents and kids together often is at cross-purposes with the disproportionate load that single parents are carrying,” he said. “They don’t need another meeting to go to. The beginning point is knowing those people by name, knowing those families, and listening deeply.”

For those working in or wanting to start single-parent ministries, Scripture offers an enduring model for how to do it well.

“Jesus is so good at what I call ‘looking at overlooked onlookers,’ the ones who are used to being marginalized or shunted aside,” writes Robin Gallaher Branch, a professor of biblical studies at Victory University and author of Jeroboam's Wife: The Enduring Contributions of the Old Testament's Lesser-Known Women. 1 Kings 17, 2 Kings 4, Luke 7, and the entire Book of Ruth emphasize God’s provision for widows who thought they faced hopeless circumstances, notes Gallaher Branch.

Single parents themselves say they learn more about faith through their experiences. “Being a single parent brought me to a place of complete dependence on God,” VanderWerf said. “Brutal as it has been sometimes, I wouldn't trade it.”

And what single parents learn in their individual lives can be valuable to the whole church. “Single-parent families tell us the same story every Christian life tells us,” said Jones. “God can take a situation that seems broken and hopeless, marred by the fall, and do something wonderful through it.”

Ruth Moon Mari is the editor of Response at Seattle Pacific University. She has a doctorate in communication from the University of Washington and starting in August will be an assistant professor of communication at Louisiana State University.

Why the Church Needs Single Parents, and Single ...