Brunson describes the spiritual habits that helped her face persecution in Turkey.
Interview by Seana Scott 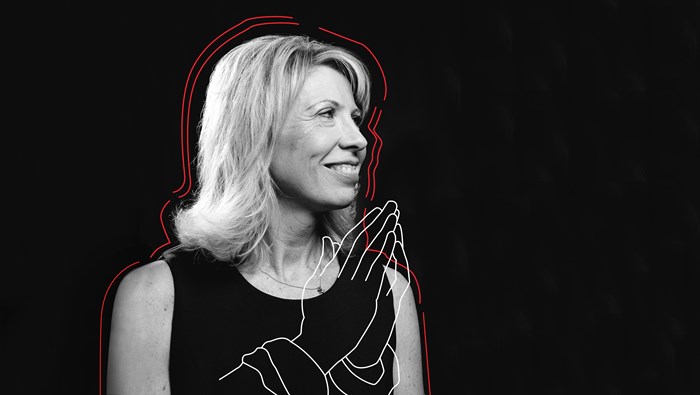 Officials arrested Andrew and Norine Brunson in 2016 when they applied for permanent visas in Turkey, where they’d lived and ministered for 23 years. Authorities released Norine 13 days later, but Andrew remained in prison for two years, accused of being a spy.

Norine stayed in Turkey after her release, advocating for Andrew’s freedom and helping to lead the church they’d planted. Andrew’s forthcoming book, God’s Hostage(Baker, October 2019), details the Brunson’s story of imprisonment and perseverance. CT spoke with Norine about the spiritual habits that strengthened her during her years of ministry and that sustained her marriage and her faith during persecution.

Your husband, Andrew, has said, “Norine was stronger than I was.” This strength came from a reservoir in your soul because of your daily time spent with God for years prior to the ordeal. What did that spiritual habit look like for you?

Well, it’s looked different depending on the season of life. There’s no single prescription. But I always include time in prayer and the Scriptures. And when I read the Word, I try to align myself with it. Like when I read, “Arm yourself with the same attitude” as Christ, in his suffering, I say, “Yes, Lord. Let me have that.” I also make it a habit to write down answers to prayer, blessings, things I am thankful for.

There were days during Andrew’s imprisonment where I would say, “Okay, Lord. I have prayed everything I know. Here I am again.” There is something about just sitting in the Lord’s presence. Just being. Does my mind wander when I spend time with the Lord? Absolutely. Do I check my phone? Often. That’s just the reality. But I’m persuaded that time with the Lord is essential. How can we have a relationship with God unless we spend time with God? It’s like putting reserves in your spirit. Then the Holy Spirit brings it up when it’s needed.

Were there other spiritual habits that were significant in your relationship with God before you and Andrew were arrested?

Andrew has always been a worshiper, and this carried into the church and has influenced me. Fasting is also a habit of our spiritual life—not all the time, but for specific situations in ministry or our family.

One time several years ago, I fasted specifically regarding my fear of persecution. I was afraid of being tortured, to be honest. And I was saying, “Lord, prepare me for anything like this that I might face.” Not that there was any particular threat at that time—it has just been a fear of mine. Fear is something I have way too much of, and I know God wants to change that.

During the two years Andrew was imprisoned, what did your spiritual life look like? How did you grow?

So I would put my hand up every day before I got out of bed and say, “Okay, Lord. I’m taking your hand. Walk through this day with me.”

And then at some point it shifted. Not like, “Okay, God. I’m taking your hand. Walk through this day with me.” But me saying, “God, you lead this day. I’m with you.” I would submit every interaction, every thought, every emotion, every minute, and just really, really, thoroughly say, “Lord, you lead and hold me through this day, as well as Andrew and our kids. But you lead.”

I think I grew in awareness of my dependence on God and also in willingness to let the Spirit lead me in my day instead of trying to control my schedule.

You’re a mom of three. What was God teaching you as a parent during this time?

You know, that was one of the hardest things. When I was first arrested, I didn’t know if we were going to get out. I said, “Okay, Lord. You have to take care of my kids.” Because all of a sudden, you are powerless. I couldn’t get any word to them or do anything. I was like, “This is way beyond me. Lord, You’re on. You have to do it.”

Obviously, I should say I learned to trust more. Did I or did I not? I don’t know. I hope so.

Were there challenges that surprised you as you continued to live and minister in Turkey during Andrew’s imprisonment?

It was difficult and unexpected for sure, but not surprising. I didn’t know if I was going to be re-arrested. I would hear voices coming up the stairs or in the hallway—and I wondered if they were coming to get me. Then the voices would continue past the floor or my door and I would feel relief.

On one end it was great to know that my kids were safely in the States, but it was also hard to be away from them and to know they were having to walk through this without me and without each other, as they were all in different places.

And then there were the things in daily life that Andrew would always take care of, like working the computer or making sensitive ministry decisions—and I had to do them without his help or advice. It was very difficult. I just did what I could and others helped.

Did persecution impact your practices of evangelism and ministry?

I don’t think anything changed. We’d never called ourselves “missionaries” because it’s a misunderstood word. But we always told the Turkish people who we are and what we do. We are Christians and we pray for people and share the gospel. That is who we are.

Actually, the man who was leading the church—he and I were doing it together, but he carried the bulk of the work—really kept things going and, in fact, pressed forward. This could have been a time when we retreated, but for us in the church, it was time to keep going.

While Andrew was imprisoned, authorities let you visit him for about 35 minutes a week. What did those visits look like?

Every week, I’d write down what I wanted to tell Andrew. I’d include what I thought God wanted me to impart in prayer over him that week, things others sensed the Lord was showing, diplomatic news, whatever might encourage Andrew. And then I would memorize it the best I could before our visit.

When I saw him, we put our hands on the glass and I prayed for him. I said something like, “I bless you in the name of the Lord. I speak life over you. I speak hope over you”—whatever the Lord led me to say. I just tried to pray over him and bless him briefly. Then we started to talk. I told him as much good news as I could. Then he would tell me how he was doing. But we watched our words because the government listened to everything we said.

Was there ever a time when you felt like you lacked that personal reservoir of strength to encourage him?

Absolutely. There were many times I thought, God, I’m so discouraged. How can I go and encourage him? How on earth can I do it?

But I’d still go in. And I started to go in deliberately. When I signed in and approached the gate, I lifted my head and said to myself, I’m the daughter of the King going in to see a son of the King. But I was also like, Lord, you back me up here. And oftentimes, the Lord gave me grace right when I was with him.

What would you say to someone who is in a season of darkness or facing persecution?

I recently listened to a Canadian couple who’d been imprisoned in China. I agree with what the wife said about facing difficulties or persecution: You have to go to God first. You don’t go to your Christian friends, your doctor, or your counselor first. Those things are all good, but you have to know to go to God first. And as you partner with him, you will be able to access his resources and make it through.