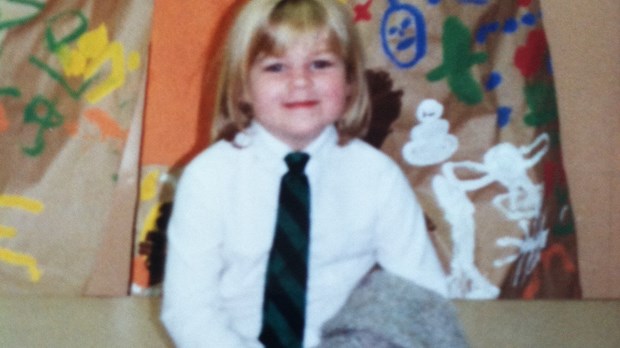 For a long time, my little sister Elly was a boy. It started on her second birthday, when she received her gift from Kate, another of my sisters (I'm the oldest of four girls). Elly opened the box—a blue corduroy dress Kate and my mother had stitched themselves—and threw it down: "I don't want a dress!" Her insistence that she not wear dresses continued for at least six years. She asked us to call her by the names of older boys she knew. She cut her hair short. She wore a coat and tie in the winter and a boys' bathing suit in the summer. She played on boys' sports teams. She had lots of boy friends.

So when I read a recent blogpost about someone who had acted "like a boy" as a kid and yet ultimately emerged as a married woman with long blonde hair and other typically feminine traits (I Am Ryland: The Story of a Male-Identifying Little Girl Who Didn't Transition), I resonated with her experience. I also resonated with her concern about a recent YouTube video telling the story of a child named Ryland, who "transitioned" from female to male at age 6, as Ryland's parents began using male pronouns and supporting Ryland's desire to dress in boy clothes.

The seven-minute video has been viewed more than seven million times. It shows an adorable little girl, Ryland, with two loving and attentive parents. At a very young age, Ryland talks about herself as a boy and as a big brother to her little sister. Ryland wants to cut her hair short and play the guitar and dress in ties. She insists that she is a boy. At first, her parents assume it is a phase. And yet after Ryland's manner and preferences stay the same for years, they begin to talk with experts who tell them that children know their "true gender" between ages 3 and 5. In response and out of love for Ryland, they continue her transition to becoming a boy. They cut her hair short and start using masculine pronouns. Ryland is thrilled, and the video ends with Ryland—age 6—and Ryland's parents announcing their support for the LGBTQ community.

But Ryland is way too young to identify as LGBT or Q. For parents, the experts, and the other adults to lead Ryland into the world of sexual identity at such a young age fails to recognize her for who she is—a child. A delightful child who clearly loves life and family and sports and, at least for now, being a boy. Adults across the liberal and conservative spectrum have contributed to this problematic sexualization of children that overstates the significance of gender norms, and kids like Ryland may well pay the price.

A recent Slate article from Christin Scarlott Malloy offers an example of the liberal position. Malloy calls for obstetricians to refrain from stating the "opinion" that the child they have just delivered is a boy or a girl. She writes:

With infant gender assignment, in a single moment your baby's life is instantly and brutally reduced from such infinite potentials down to one concrete set of expectations and stereotypes, and any behavioral deviation from that will be severely punished—both intentionally through bigotry, and unintentionally through ignorance.

Malloy espouses an extreme position, and yet her words exemplify the idea that gender is a social construct rather than a biological reality. There's some truth to this argument. As Anna Broadway has written for Her.meneutics in the past, boys used to wear pink and girls blue. My grandparent's formal family photos show the boys and girls in similar white dresses. The cultural trappings of gender are fluid, and scholars and activists alike have done good work in demonstrating how little the colors our kids wear have to say about who they are. But recognizing gender norms are in part constructed makes it all the more surprising that people believe that a 5-year-old's declaration that she is a he means she's a poster-child for the LGBTQ cause. Maybe Ryland just likes the idea of being like boys. Maybe Ryland will identify as a boy forever. Or maybe Ryland will continue to enjoy some of our socially constructed boy activities and clothing—while going back to identifying as a woman.

Liberals have abandoned biology and sexualized children. Conservatives on this issue are more likely to recognize our biological sex. Yet they too have sexualized children with an unhealthy, inaccurate conflation of gender norms and sexual identity. In insisting upon socially constructed gender norms, a more traditional view of gender can easily reinforce the assumptions that if kids don't conform, they must be defective in some way. In May, for instance, a UK church insisted that a 5-year-old boy stop wearing dresses to their after-school program. On a larger scale, the general emphasis in toy and clothing marketing polarizes boys and girls, as if they could never be interested in the same colors, stories, or activities. As if girls couldn't like Star Wars. As if boys couldn't like sparkles. As if kids can't be known as kids—male and female—with a whole range of interests and choices.

As Ellen Painter Dollar pointed out a few years back in the wake of a controversial J. Crew ad depicting a little boy with painted fingernails, the problem goes well beyond a conservative/liberal debate:

The problem is that we adults, of all ideological stripes, seem determined to sexualize our children from a very young age. Assuming that a 5-year-old boy wearing pink polish or a ballerina dress is a future transgendered adult is just as bad as buying young girls high heels, string bikinis, and sweatpants with words on the backside. In both cases, we impose adult sexual identity, behaviors, and motives on children who are nowhere near sexual maturity.

Given all that divides them when it comes to sexuality, conservatives and liberals alike contribute to unhealthy gender-norming of children, imposing sexual identities upon them that have no bearing on their identity as children. 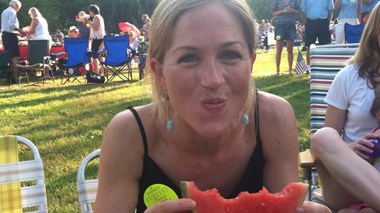 According to the experts advising Ryland's parents, my parents should have embarked upon a deliberate path that ended with declaring my sister Elly a boy. Alternately, according to parents who insist upon gender-norm conformity, I suppose my parents should have made Elly wear skirts and grow out her hair. Instead, my parents supported her interests, compromised on the length of her hair, and continued to call her a girl. A girl who loved sports and admired the businessmen who strode along our street on their way to the train to Manhattan, to be sure, but a girl nevertheless. As it turns out, Elly was also a girl who grew up into a woman with long blonde hair, a proclivity for spa treatments, and an easygoing athleticism and confidence around men.

When little girls want to dress and play like boys, when little boys want to dress and play like girls, it's too early to indicate their gender identity. Some of them will go on—in puberty and beyond—to want to change their biological sex. Some of them will go on to identify as gay or lesbian. But many of them—perhaps most of them—will simply grow up into the gender in accord with their biological sex. Parents would do well to eschew the socially-constructed gender norms while nevertheless affirming the biological sex given to each child upon birth. Adults will demonstrate the most care and compassion for their children when they allow them to simply be kids, not sexualized little adults.

One note: while I argue in this post that little children should not be oversexualized and essentially cannot be labeled "transgender," the same cannot be said for adolescents and adults. Please check back in early next week for a post considering some of the questions Christians should be asking in order to understand and care for transgender adults and adolescents.

Children; Family; Gender; Sexuality and Gender
July 10, 2014 at 12:14 pm
To add a comment you need to be a registered user or Christianity Today subscriber.

Let Kids Be Kids Instead of Sexualized Little Adults

Let Kids Be Kids Instead of Sexualized Little Adults